100,000 people joined the traditional pilgrimage to pay homage to Blessed Ceferino Namuncurá, held in Chimpay, Argentina on Sunday, August 28. Marking the end of a two-year absence due to COVID protocols, the giant crowd filled the area known as the "Shrine," where the temple and hermitage with the statue of Ceferino Namuncurá are located.

The day, although marked by rather cold temperatures, immediately began with a Mapuche (the region's' indigenous peoples) prayer and worship on the "Cerro de la Cruz" of the Fifth Centennial, on National Road 22. Then, at 9 a.m., the pilgrimage began - a two-hour walk, to the "Parque Ceferiniano" where Mass was celebrated. 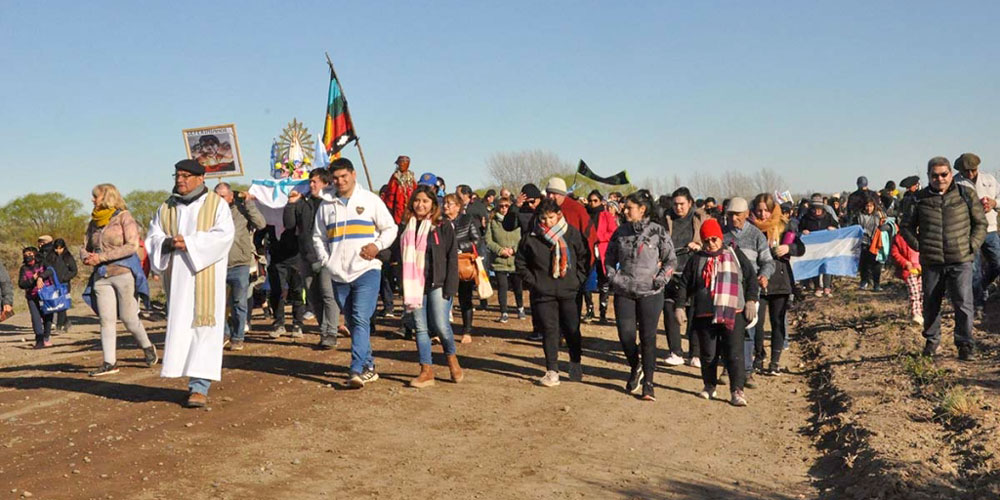 Msgr. Esteban Laxague, SDB, bishop of Viedma, Msgr. Fernando Croxatto, bishop of Neuquén, and Msgr. Alejandro Pablo Benna, bishop of Alto Valle del Río Negro, participated in this 52nd pilgrimage, whose motto was "Ceferino, Samaritan of Life." Fr. Darío Perera, Superior of the Province of Argentina South (ARS), was also present. There were also priests from different cities in Patagonia (many of them Salesians), and others from different parts of the country. 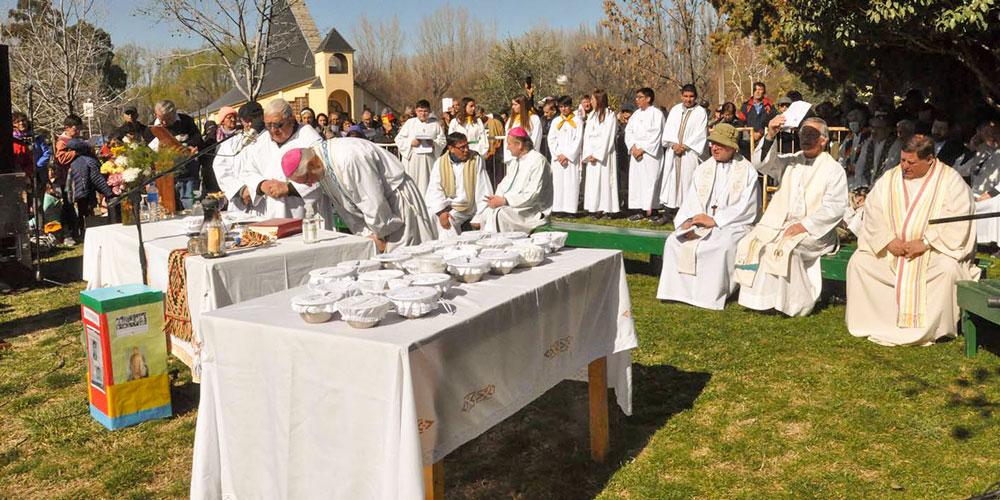 Beyond this impressive participation in Patagonia's largest pilgrimage of faith, the festivities began as early as Friday, August 26, the day of the Liturgical Memorial of Ceferino Namuncurá, with Masses attended by pilgrims who arrived by bicycle, horseback, motorcycle, and car.

On Saturday 27, a blessing was given to the pilgrims at each of the Masses. Afterwards, there was a series of celebrations with the young people who arrived at the shrine. At nightfall, there was an evocative moment of prayer beside the fire, lit in front of the temple. Saturday's day ended with a hymn to the earth by the youth of the "Chimpay Sports Center."

Ceferino Namuncurá was born on August 26, 1886, in Chimpay, on the banks of the Rio Negro in Patagonia, Argentina. He was baptized on December 24, 1888, by Salesian missionary Fr. Domenico Milanesio. Father Manuel, the last great 'cacico' of the Araucan Indian tribes, had had to surrender three years earlier to troops of the Argentine Republic.

At age 11, Father Manuel sent Ceferino to study in Buenos Aires at the Salesian Pius IX boarding school. Ceferino expressed a desire to study, then return home and be useful to his people. The family atmosphere at the Salesian college made him fall in love with Don Bosco. Ceferino was a studious and devout young man: he learned the Castilian language and catechism.

In early 1902, however, he fell ill with tuberculosis, and Msgr. Cagliero, for that reason, sent him to Viedma with the hope that he would recover. He was then sent to Italy in 1904 to continue his studies in a climate that seemed better suited to his health. In Italy, Ceferino met Fr. Michele Rua and Pope Pius X and attended school in Turin and later at the Salesian boarding school at Villa Sora in Frascati.

Tragically, tuberculosis struck him with its full force and he died in Rome at Fatebenefratelli Hospital on Tiber Island on May 11, 1905. Over the years, his reputation for sanctity became very popular, and on Nov. 11, 2007, he was beatified in Chimpay, his hometown.

With thanks to ANSfor this story

We have 111 guests and no members online