Don Bosco is present amongst thousands of displaced people

"One gesture, one life" is the leitmotiv of the urgent interventions that the Salesian coordination of the East Delegation of the "Central Africa" Province (AFC-EST) are carrying out in collaboration with the Salesian NGO "Volontariato Internazionale per lo Sviluppo - International Volunteering for Development” (VIS).

Since the beginning of October 2022, these small gestures for the little ones have been necessary to help the almost 28,000 people who have arrived at the "Don Bosco Ngangi" Salesian center, people fleeing the violence and war that are ruining the eastern region of the country.

As a first support activity, these people were given water to refresh themselves after the long walks to escape the fighting. Furthermore, to improve night-time safety, the site was supplied with electricity, brought from the Salesian house.

A hundred children under five, including a dozen newborns and their accompanying mothers, are fed a tonic soup every day. 110 children aged between 6 months and over 4 years received pharmacological and prophylactic treatment for the elimination of worms and parasites, offered by the medical staff of the Ngangi Center clinic. Also, more than 80 families receive a dry ration of rice enriched with various seasonings every day. 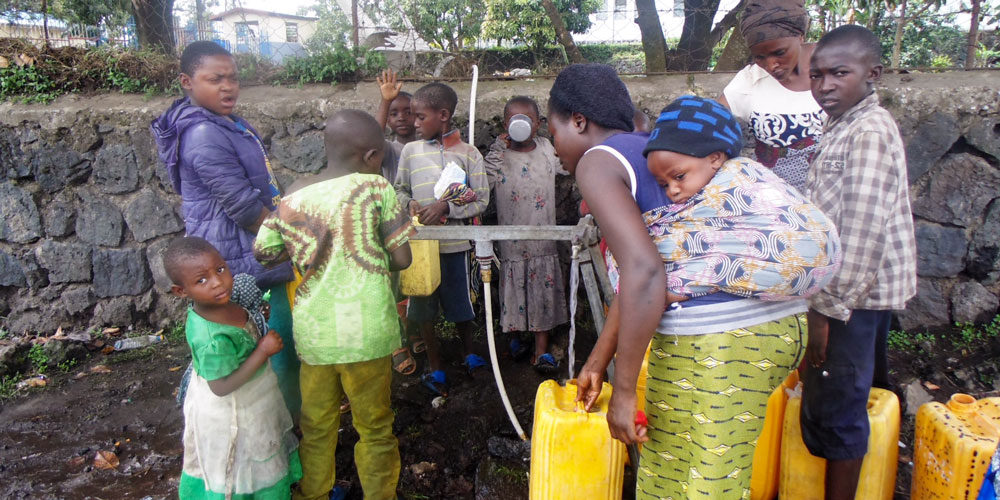 Sparks of charity and compassion also touched about twenty elderly people, including two octogenarians from the distant territory of Rutshuru, who were welcomed into the Salesian centre. The latter, in fact, had not found a place in the site taken over by the displaced persons, and were therefore in a condition of extreme vulnerability; now, however, their situation is gradually stabilizing: also improving, the health and psychophysical balance of some widowed women, two of whom are mothers of eight children under the age of ten, who are assisted in the Don Bosco centre.

Many small gestures towards the "little ones" which correspond to many lives saved, and which seem to give full effect to the model of virtuous actions indicated by Jesus in his famous parable on the final judgment (Mt, 25).

At the same time, it is also necessary to stop the causes of injustice that are causing this situation. During his last visit to Goma, at the end of November, Fr Guillermo Basañes, Superior of the Salesians of the "St Mary of the Assumption" Province of Central Africa, gave a stern warning: "War kills, but indifference also kills!”. Then, he encouraged the gestures of compassion and support made by his confreres in the war camp of Kanyaruchinya, about ten kilometers north of Goma, and in the "Don Bosco Ngangi" camp.

We have 61 guests and no members online