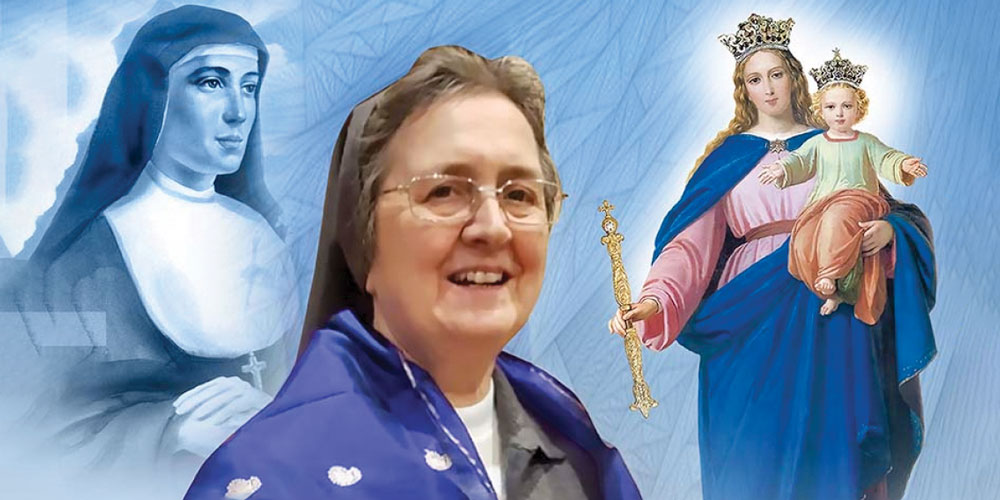 The Daughters of Mary Help of Christians (FMA), gathered in Rome for the 25th General Chapter, have elected Sr Chiara Cazzuola as Mother General of the Institute.

Mother Cazzuola previously held the role of Vicar General, where she worked closely with her predecessor, Mother Yvonne Reungoat, who has led the Institute since 2008.

Sister Chiara was born in Campiglia Marittima, Province of Livorno, Italy, in 1955. She joined the FMA into the then "Santo Spirito" Province in Tuscany. She lived the first years of her formation in Castelgandolfo, not far from Rome, and on 5 August 1975, she made her First Profession there.

She graduated in Literature and was a teacher for several years and, subsequently, Principal of secondary schools. She was the Local and Provincial Delegate for the Salesian Youth Sports Clubs (PGS) and was a seasoned pastoral Provincial Coordinator of Youth Ministry.

Mother Cazzuola has been a community animator/leader and a provincial councillor as well. With the unification of the three Provinces of Emilia, Liguria and Tuscany, she entered the Provincial Council as Councillor for Formation and offered an effective contribution, favouring paths of communion and spirituality, in simplicity, respect for people, and with depth.

In 2007 she was appointed Provincial of her native Emilia-Liguria-Tuscany Province "Madonna del Cenacolo", based in La Spezia (ILS). The General Chapter 22 (2008) elected her as Visiting Councillor and Sister Cazzuola gave her availability by stating: "In a spirit of abandonment to the will of God and trusting in the help of the Lord, I say ‘yes’." 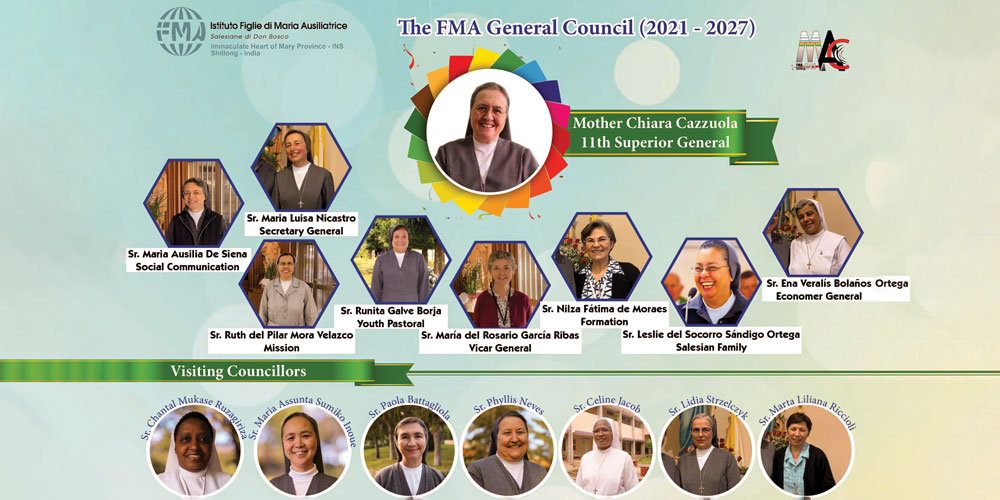 The new looking council of the FMAs!

Over the next six years she visited several provinces in America and Europe and gained a rich experience of Salesianity and interculturality. To each of her sisters, she gave attention and dedication, optimism with a smile, demonstrating the ability to grasp the seeds of life and hope in each person and in daily events.

She remains a transparent and enthusiastic person about her vocation as an FMA, and has in her heart a great passion for young people. She is known to always express the capacity for frank, serene and collaborative relationships.

Mother General, Mother Yvonne Reungoat, chose her as Moderator for the 23rd General Chapter (2014) and in the same Chapter she was elected Vicar General, thus sharing, up close, the responsibility of its animation and governance with the Superior General.

To Mother's question after the vote: “Do you accept?”, Sister Chiara replied with great emotion: “I trust the Lord and I entrust myself to Mary Help of Christians. This is why I say YES!" 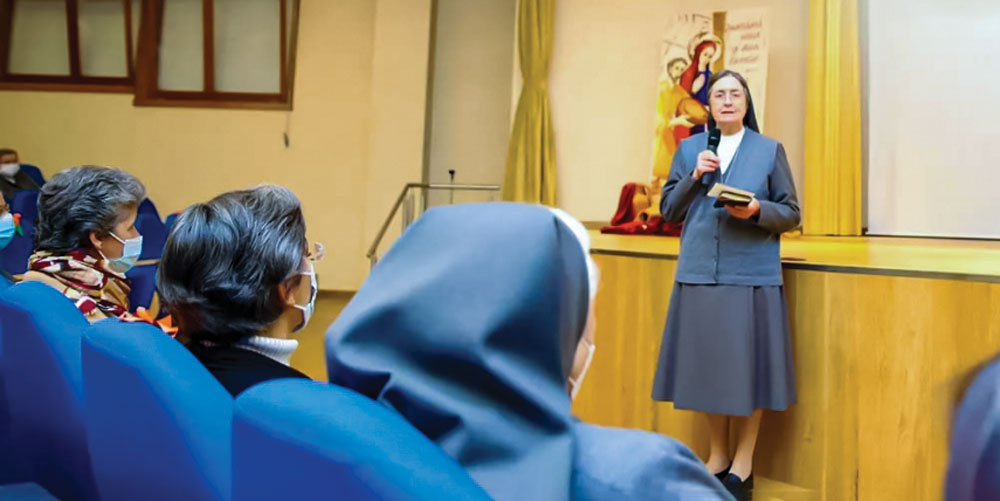 During her inaugural Salesian Goodnight, Mother Chiara expressed the following message with serenity:

“The heart experiences many different feelings, but there is one above all the others: and it is gratitude. Thanks to the Lord for having called us to this wonderful Institute that Our Lady wanted.

This is a beautiful certainty that accompanies us. When we say 'Mary is present in our life, in the life of the Institute' we are telling the truth! Mother Mazzarello used to say to the sisters: 'let's behave and live as if we always had Mary beside us'. And we really do, even if we don't see Her!

So my thanks is for that. And then for each of you: for the amazement in every meeting, for the fraternity, the cordiality, for the welcome that is breathed every day and which makes the universality of the FMA Institute visible. This gives us strength to live in the present and to look to the future with the certainty that it is Mary who guides us and is the source of our fidelity.

Reading the Constitutions, we notice how the Marian dimension is present in all the articles. And we are constantly invited to be 'Helpers' too.

So, looking to Mary and living in communion with Her really means finding the source and also the strength of our fidelity, and of the desire to be generative communities of life and vocational fruitfulness.

Therefore I entrust all of you to Her, and to you I entrust Her, so that we can truly keep Her in mind and let Her accompany us and make us docile to the Word of the Lord.”