Fr James Adayadiel was born in Poonjar-Changanac, Kerala, India in 1932. He was a brave pioneer and missionary in Samoa, which was still known as Western Samoa when he arrived.

He made his first profession as a Salesian of Don Bosco on 24 May 1954 in the Bangalore Province. While he was raised in the Syro-Malabar Eastern Catholic church, he become a Latin Catholic when he joined the Salesians. James professed his perpetual vows on 24 May 1960 and was ordained a priest by Bishop David Maryanayagam Swamidoss Pillat SDB on 8 April 1964.

James at the airport as he prepares to move to his new missionary endeavour in Moamoa, Samoa.

James worked for many years in education and in the area of formation, including a term as rector of a Salesian seminary. After applying to become a missionary, he came to Samoa in 1979 and immediately begun a variety of works amongst the young people. Provincial Fr. Will Matthews recalled that Fr James was “a master builder who established churches in Samoa.”

James was prolific across the two main islands of Samoa, Upolu and Savai’i. Under the leadership of the late Cardinal Pio Taofinu’u SM, Archbishop of Apia-Samoa, Fr. James served as the Chancellor of the Archdiocese for five years. 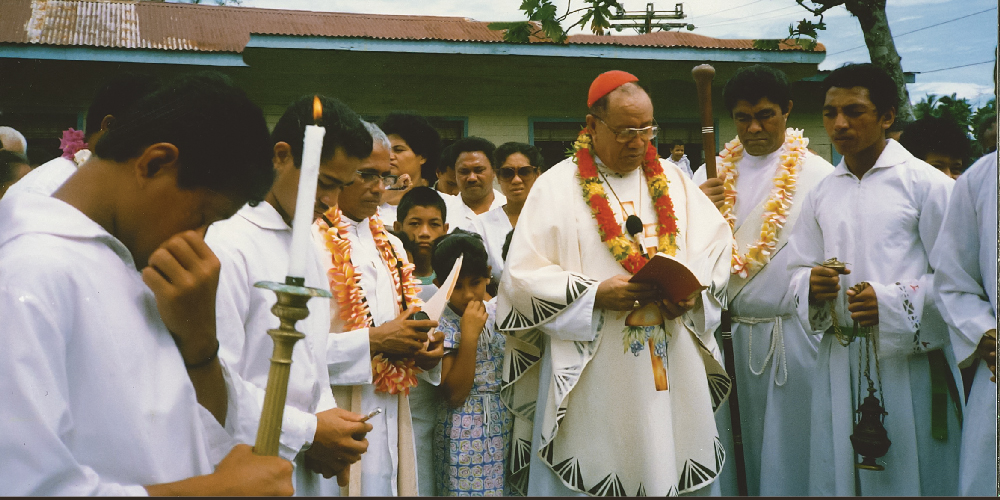 In 2009 he moved to the Diocese of Auckland, to establish a Salesian presence in New Zealand. On the feast day of St John Bosco, 31 January 2010, he became the first Salesian parish priest at St.Paul’s Parish Massey NZ,  assisted by other Salesians. After working at St Mary of the Immaculate Conception Parish, for nearly eleven years Fr. James moved into a clergy retirement home at St John Vianney House in Ponsonby, Auckland in 2021.

Upon hearing the news of his passing, one parishioner from St Mary’s, Avondale said, “Fr. James was God's chosen servant to spread his love and teachings amongst us.  May God give him a place in his kingdom of love and peace. His words of wisdom and his preaching will last in our minds.”

We have 56 guests and no members online