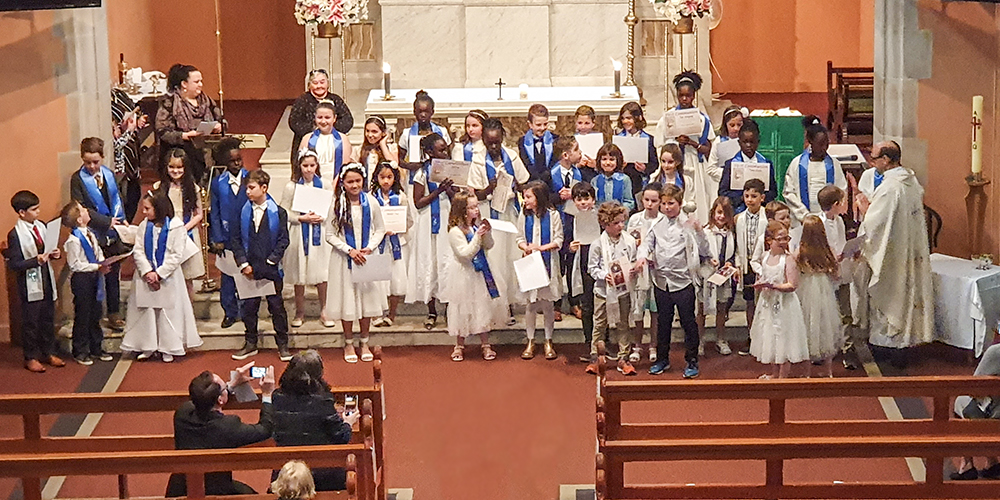 On Sunday, 8th September the community of St John's primary school in Clifton Hill came together with 11 children from nearby community schools as 40 young people made their first Holy Communion, at St John the Baptist church in Clifton Hill.

The 10:30 mass was extremely well attended, with over a hundred extra chairs laid out to accommodate everyone, about 250 people were present and how uplifting it was for all to see such an incredible presence of the Spirit in the form of these young people and their families! 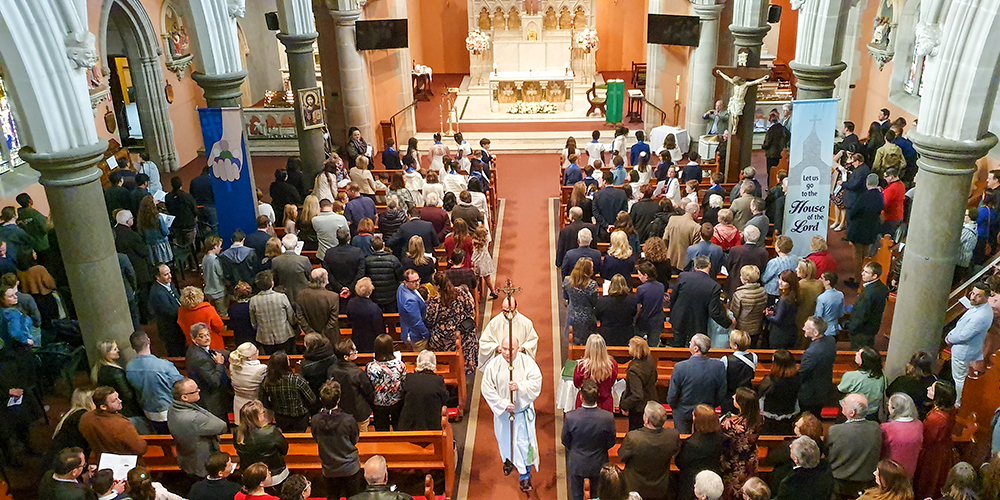 It was standing room only as the Church was filled to the brim by the faith community!

Not even the technical difficulties that prevented the televisions from displaying the lyrics to songs and responses could prevent the church from being filled to the roof with sound, as the community followed the mass and sung together.

A selection of the young people making their first Communions took care of the readings, the responses and the prayers of the faithful, doing a fantastic job addressing the massive audience that listened attentively to them.

Parish priest Fr Martin Tanti was the celebrant and as he is well known for doing, he gave his homily amongst the young people (who were all well dressed like angels and were sat amongst each other in the first few pews.

After only a few of his questions, it became clear that their teachers had done a great job of preparing them for the sacrament, putting forth correct answers and insightful comments to all that he asked. 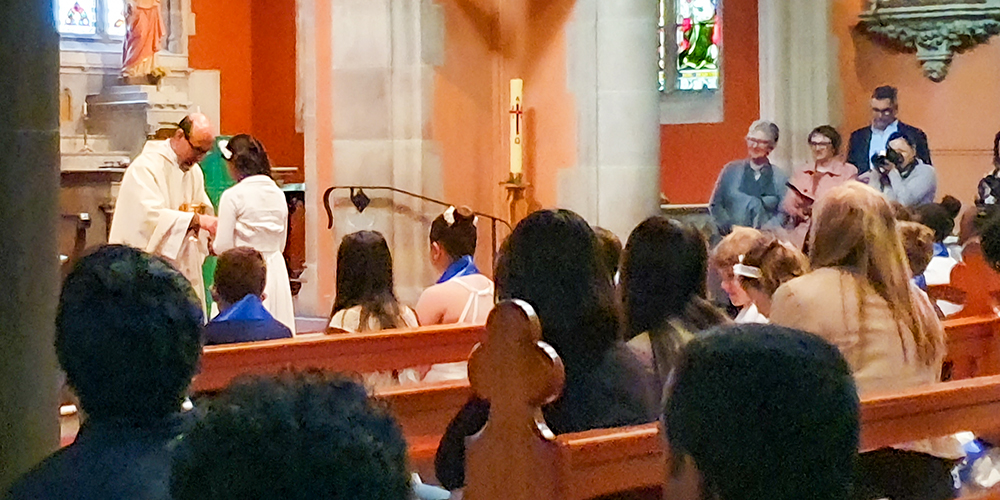 A young person recieves Eucharist for the first time.

When the time came, each of the young people went up one by one and had their time with Fr Martin, as he handed them the Eucharist one by one. At the end of the mass, echoes of the well-known passage “indeed, I have carved you in the palm of my hand” rung true, as each and every of the students was called up by name one by one, much to the appreciation of the congregation.

Special thanks and congratualations to teachers from St John's 'Jessica Thwaites, Ann Nolan and Narelle Taylor along with deputy principal Melanie Granata and to Jenny and Janice for their work in helping the children from the community schools prepare for their communions. Congratlations to the young people, ee look forward to continuing on with you, as you now turn your heads towards making your Confirmations!