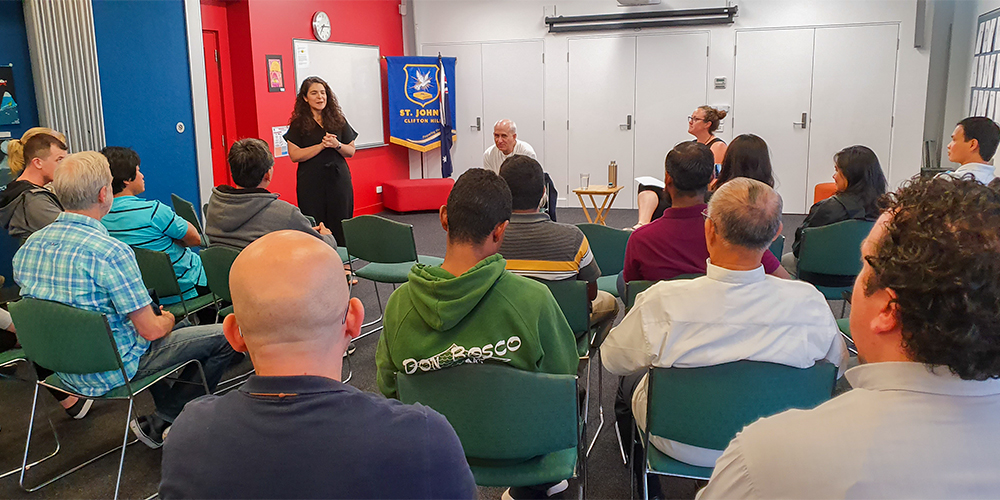 About 25 people were on hand to hear Fr Guillermo Basañes speak, worldwide councillor for missions for the Salesian congregation on the 25th of November at the Aikenhead Hall at St. John the Baptist Primary school in Clifton Hill.

The night begun when Romina Martiniello gave a brief introduction to the purpose of the night and acknowledged that it was an event taking place on land that had never had sovereignty ceded by the traditional owners. 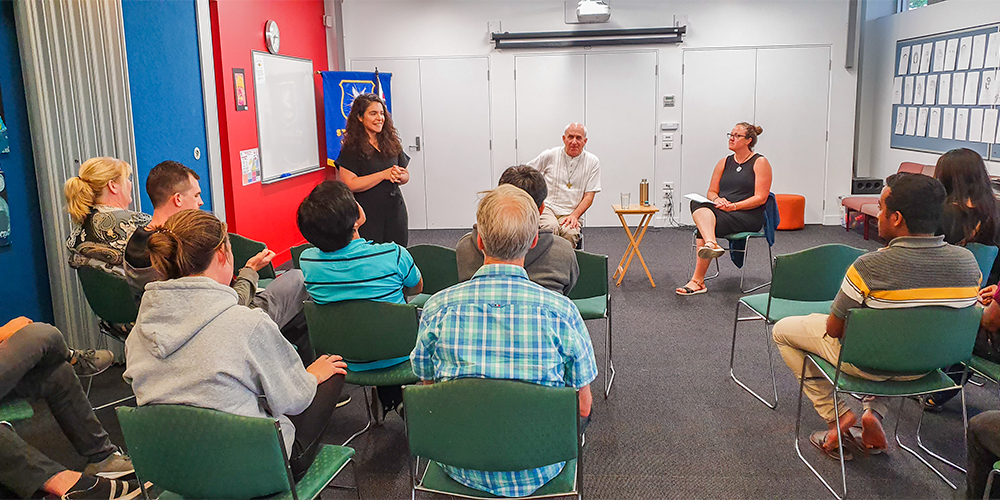 Romina Martinellow acknowledges the traditional owners of the land.

After this, Lauren Hichaaba led a discussion and moderated questions from the audience, allowing Fr Basañes to give a free-wheeling conversation about his experiences and hopes for the future of the Salesians and the Church.

Fr Basañes first spoke about how pleased he was to see a ‘rainbow audience’; many different nationalities and cultures represented. It gave him confidence to speak as the room reflected his rainbow life, which had led to a rainbow vocation.

His parents had travelled to the USA and he was born in Washington DC, in a parish that had been established to minister to those from the African diaspora. As he grew older, he started to turn his attention to becoming a priest, but quickly realized that staying in the borders of just one diocese would have been suffocating.

Therefore, he signed up with the Salesians and volunteered as a missionary, to be sent anywhere in the world. As fate would have it, he was second to Africa, where the Salesians had been experiencing much success in the work during the 1970’s and 80’s.

He served the people of Angola for several decades, becoming keenly interested in the needs of the local people. His wry, almost cheeky sense of humour (which was on clear display all night) has been a powerful tool in connecting with people throughout his ministry, all around the world.

“What amazes me most” said Fr Basañes, “is that Don Bosco’s preventive system works through all culture barriers. Despite my different language, my different colour, in Angola the young people came to call me the word for “father”, which is reserved for only the closest of relationships – this shows the fruits of Don Bosco and the inculturation of the preventive system” 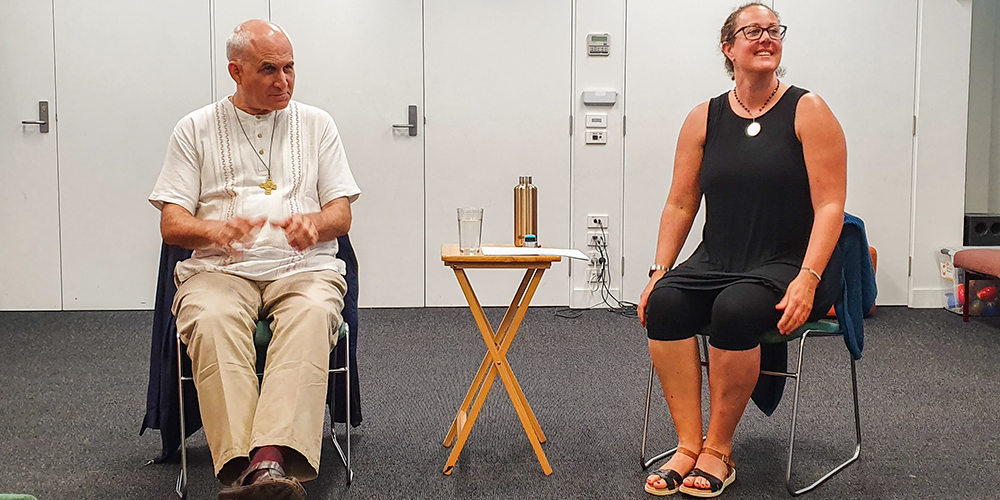 Fr Basañes also spoke about the importance of laity in the church. He mentioned how much he had learnt from working with lay volunteers; they were always a great source of new ideas and inspiration for him.

He also referred to the Pope’s exhortations for all people to become better listeners. Listening is a form of martyrdom, as it leaves you open and exposed, to losing the argument or to changing for the better.

After Fr Basañes related all these stories, the floor was opened for about 30 minutes of questions. The questions revealed a great sense of passion amongst the audience, as people ad comments or sought more information with great zeal, particularly along the roles of laity and women in the church going forward.

Audiences members related their struggles over not being involved in church decision making or being in left in the dark about decisions that had been made and feelings of under-appreciation. “It is important that we all remember that we are Christians and Salesians because of mercy.” Said Fr Basañes. “We should not seek positions, nor guard others from them, for decision making should always be an act of service, for other people”