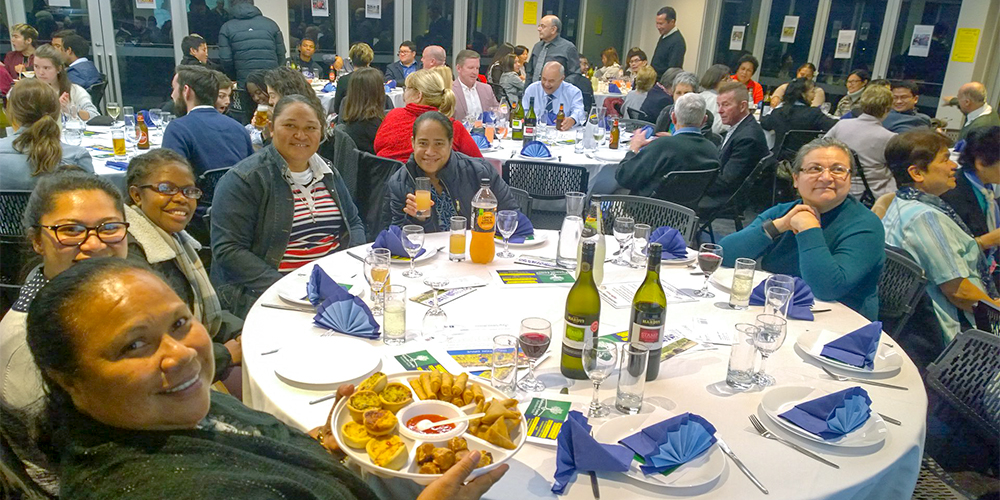 On Saturday, 17th of August the members of the Salesian Family based in Melbourne gathered at Salesian College, Chadstone to celebrate Don Bosco’s 204th birthday. The evening begun in a way that Don Bosco surely would approve of – with a mass celebrated by provincial Fr Will Matthews. 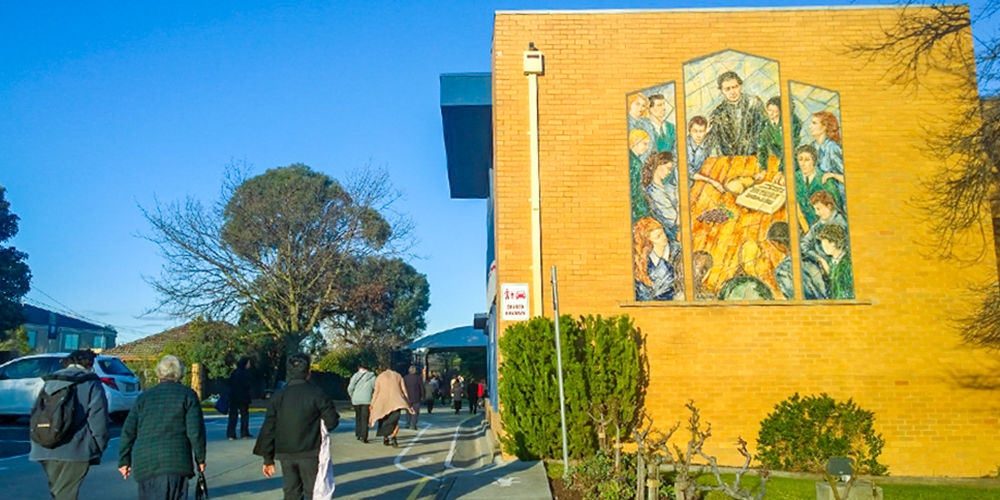 It was a beautiful day to come together to celebrate Don Bosco's Birthday!

The night proceeded in a way fitting of Don Bosco’s legacy as participants then moved onto the school hall at the school for a buffet style feast put on by Barbara Lamb’s Catering. Dino Martiniello, a teacher at Salesian College Sunbury and long-term contributor to the Salesian Youth Movement, took on the role of master of ceremonies, welcoming the guests and giving an overview of how the night would proceed. 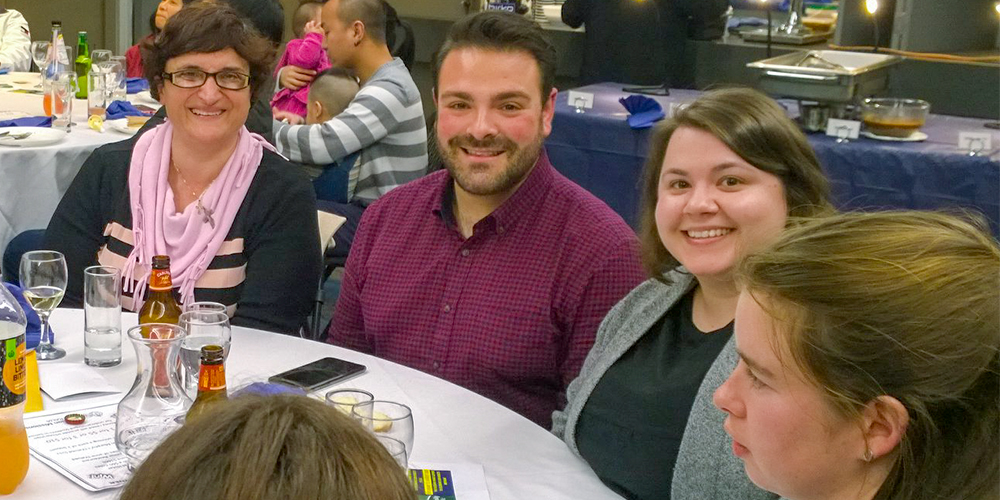 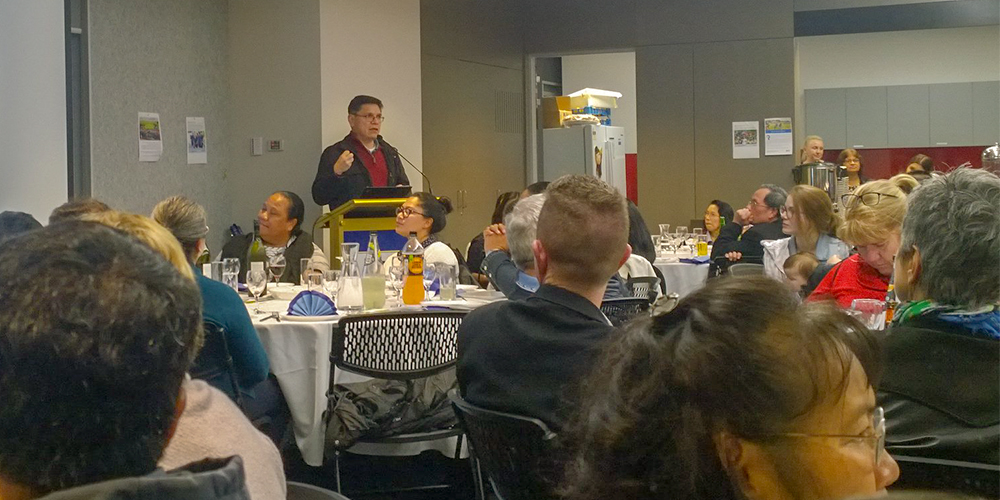 Dino then introduced Carlos Escobar, a long-term Salesian co-operator who spoke about how big a role the Salesians had played in his life, and how he lived out his Salesian calling.

Having recently become a proud grandparent, Juan had an enthralling story to tell from the beginnings during the chaos and tragedy of Civil war in his native land of El Salvador, to cuddles with the new baby Lilliana.

Looking around the room, one got a great sense of just how diverse the Salesian family is as laity, sisters and brothers mingled with one another. There were people present who had come from a wide range of countries from around our province and our wider Asia-Pacific region. Infants, young people and the wizened at the other end of the age spectrum shared with one another to hearts content. Employees and volunteers swapped stories and exchanged tips about their work throughout their various settings. There was one clear thing that united everyone; their absolute dedication to the Salesian Family ethos and shared commitment to Don Bosco’s continuing mission. For all gathered, there was food and drink aplenty on a night filled with joy and relaxed fun.

After dinner, Dino announced that the night’s entertainment would begin with Fr. Will on guitar alongside the Burmese community, who sung the classic “Country Road” by John Denver. The brothers from the Clifton Hill community were next who led a stirring rendition of ‘The Power of Your Love’, which hit its peak when the entire room joined in the singing. Finally, the Sisters from Samoa sung ‘Beautiful Samoa’ a touching dedication to their native land, in their native language but it was sister Folola that stole the show when she improvised a drum kit using forks, glasses, empty bottles and whatever else was lying about nearby that would have a good ring to it during the performance! 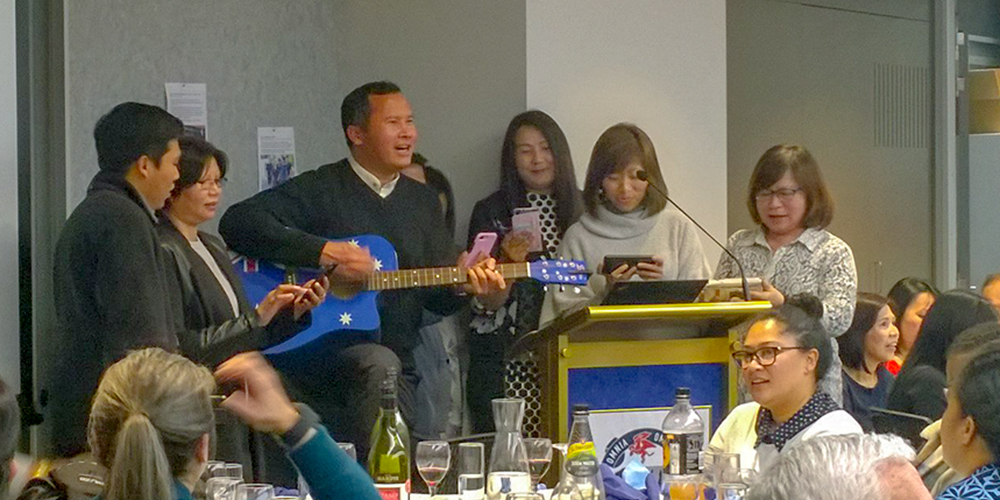 The Burmese community kicked off the night's entertainment 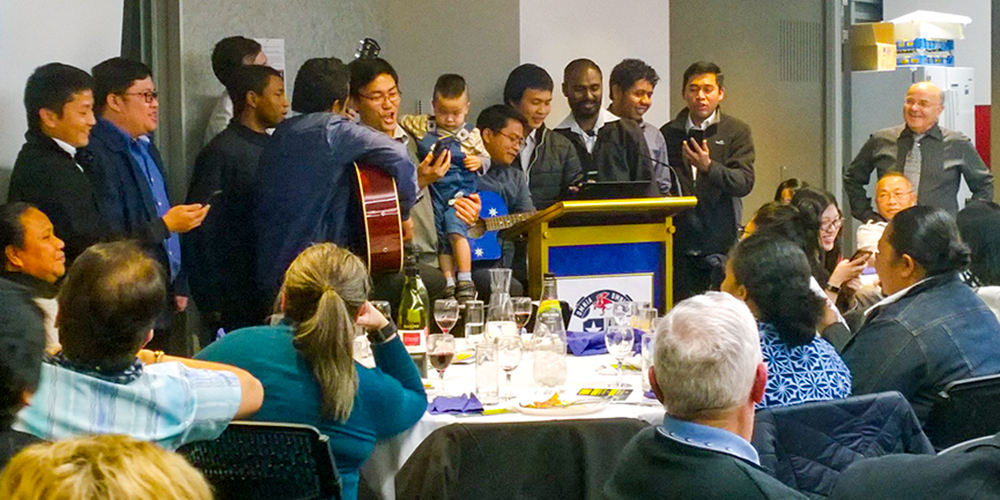 The Salesian Brothers had everyone singing along with them 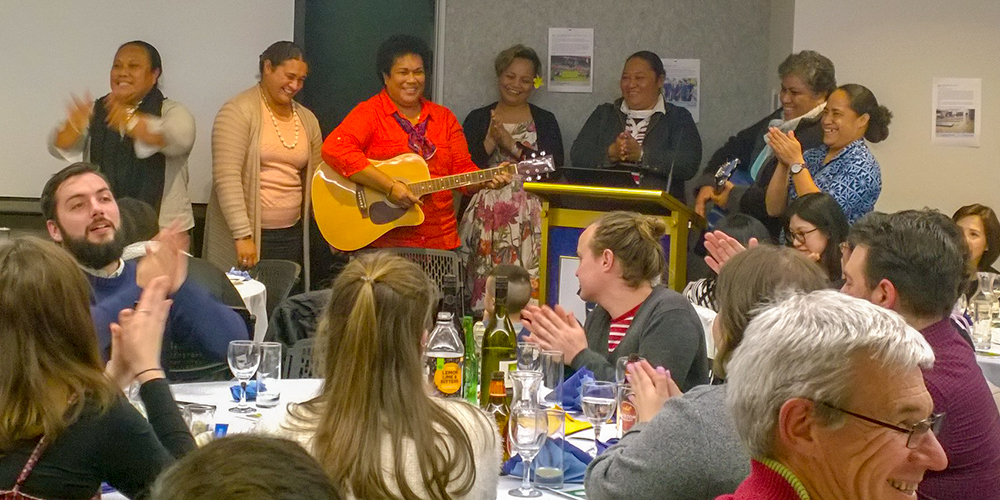 Sister Folola (far left) had everyone in fits of laughter with her improvised percussion!

A second guest speaker, Teaghan Dolan also addressed the crowd in this time. She spoke of her first contact with the Salesians through the Don Bosco Camp. Overtime this seed of Salesianity steadily grew in importance, eventually leading to her time as a Cagliero volunteer, spending a year teaching in Cambodia. Salesianity has grown from being non-existant to a central part of her life in such a short time, and this speech was one that was so well-received by the audience that already many have requested a copy of it! (stay tuned for that!)

Once the entertainment was done, the night’s raffle prize was drawn. Tickets had been sold throughout the night, for the benefit of the Salesian Missions fundraiser for scholarships to be given to economically poor young people in Samoa. The prizes included some fantastic meal offers, gift cards and wine, eliciting excited cries of winners and laughter at their reactions from everyone else, in what served as a fitting end for a great night!

Many thanks to all involved with the planning and preperation of this great event, most notably the Salesian Family Team, Salesian College Chadstone and Barbara Lamb's Catering. Happy Birthday Don Bosco, we hope you had a great night with us in Chadstone – we certainly enjoyed our time with you, as we always do! 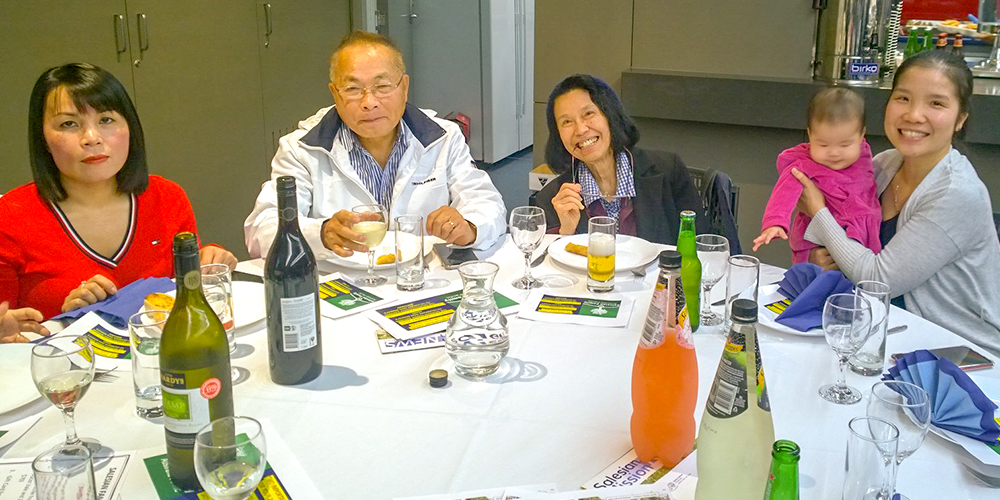 To keep in touch with upcoming events and information about the Salesian Family
Join us on Facebook!