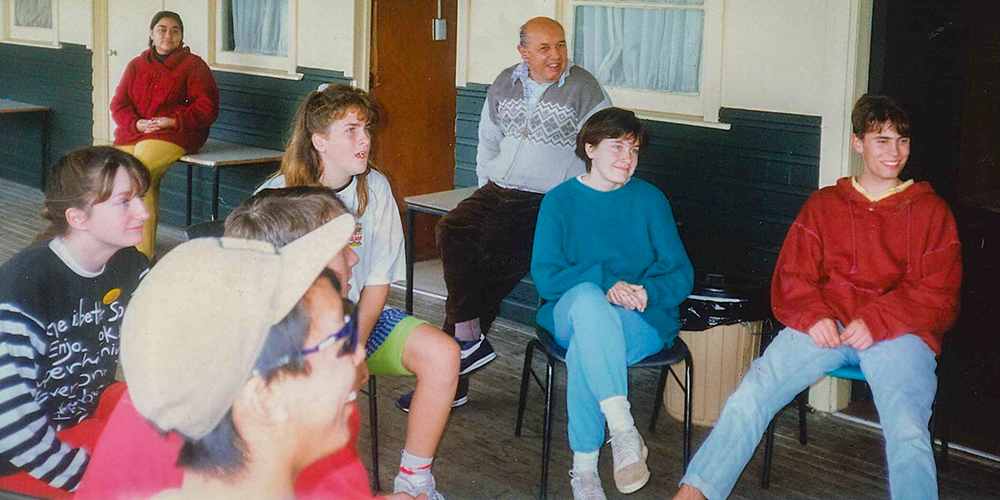 Fr Albert Fulbrook, entered Eternal Life after a lifetime of service early in the morning of 12th November 2019 . He was 83 years of age, had been a professed religious for 60 years and a Salesian priest for 28 years.

Fr Joe Binh Dinh, Rector of Sunbury Community, Fr John Papworth, Fr Shane Reade and Br Michael Morrow cared for and supported Fr Bert during this last earthly journey, where he was laid to rest in the Salesian cemetery in the grounds of Rupertswood.

Joining them was Fr Kevin Mackintosh and all parishioners of the Our Lady of Mount Carmel parish (Sunbury), where Fr Bert became well known for his affectonate care and dedication during his preistly ministry there. 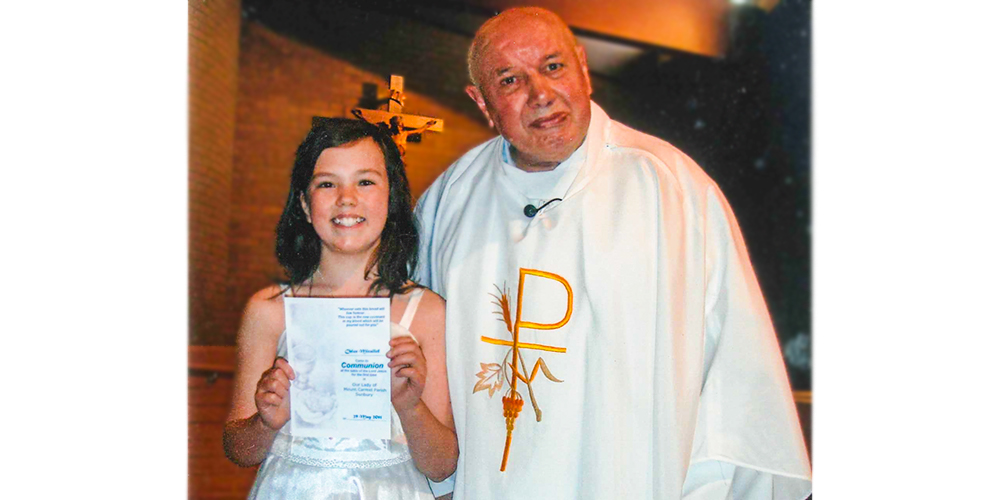 Fr Bert pictured with a young parishoner after the celebration of her first communion.

Bert was born in Floriana, Malta where he first came into contact with the Salesians as a young student at Sliema. Following World War II his family was displaced and Bert was separated them and sent to Australia as one of many child migrants, placed in an orphanage conducted by the Irish Chrisitan Brothers.

Feeling the call to religious life Bert was accepted into the Christian Brothers and was professed on 9 March 1959. He then spent many years teaching in various schools conducted by the Brothers. Discerning a call to the priesthood he requested a transfer to the Salesian Congregation which took place in 1987.

Bert made his Salesian Profession on 31 January 1990 and was ordained on 13 July 1991 after completing the required Theological studies. From his ordination until 2018 he was involved in Parish Ministry in a number of different parishes, often also taking on the responsibility of bursar of the communities in which he lived, the final one being Sunbury.

As his health began to deteriorate he moved into full time care at St Joseph’s Home conducted by the Little Sisters of the Poor in Northcote, Victoria, where he was diagnosed with Motor Neurone Disease.

As a priest Bert ‘had the scriptures daily in hand’, praying, studying and living them. He greatly enjoyed praying the Psalms and reading the Office of Readings each day. His sermons were never long but were always very scripturally based and practical, tailored to the audience’s needs, which was always greatly appreciated by his parishioners in Sunbury 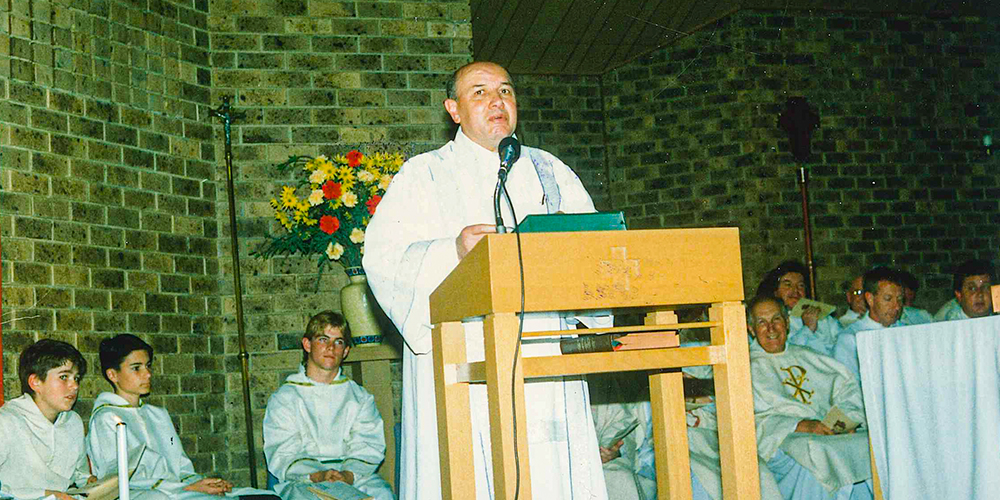 Fr Bert became well-known for sermons that were based around giving his audience practical advice for their daily lives.

Fr Bert was a good community man that would be lively with banter across the dining room table or dissecting the recent happenings in the Church and mulling over world events. Bert was always up for a joke, taking great satisfaction and bringing a smile and a laugh to the faces of others – although from time to time, his listeners would have to wait patiently for the punchline, as Bert would be too busy laughing at what was to come!

Our Salesian Constitutions state ‘the Word listened to with faith, is a source of spiritual life, food for prayer, light to see God’s will in the events of life, and strength to live out our vocation faithfully.’ In every facet of his life, Bert was the kind of Salesian that actualized that constitution in his life.

Let us pray for Bert’s everlasting repose and happiness, as well as consolation for his family and friends, particularly the Sunbury Salesian community and the parishioners of Our Lady of Mount Carmel to whom he served as an Assisting Priest for nearly 10 years.