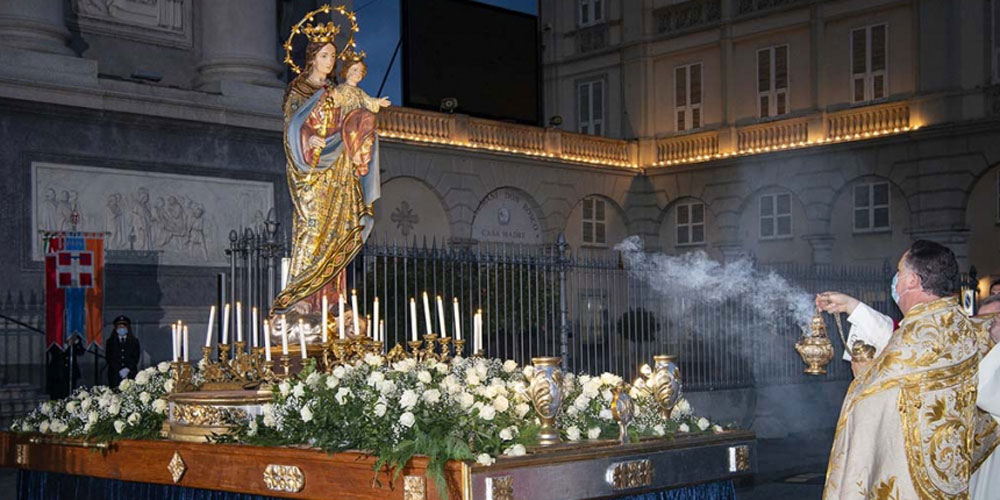 Mary Help of Christians, Hope for the World

Fr Ángel Fernández Artime, on the Feast Day of Mary Help of Christians, celebrated Mass in the basilica of Valdocco on Monday 24 May 2021, in a service that was designed as an embrace to the world and especially to the countries where Covid-19 is making the poor pay the highest price, such as India, Brazil and Argentina.

During the Eucharistic celebration, the Rector Major himself observed the participation of the representatives of the Salesian Youth Movement: "Usually you are together with the other faithful; this time the central benches have been reserved for you and I can distinguish you more easily." In a certain sense, a due privilege in the spiritual home of those who totally consecrated their existence to young people. 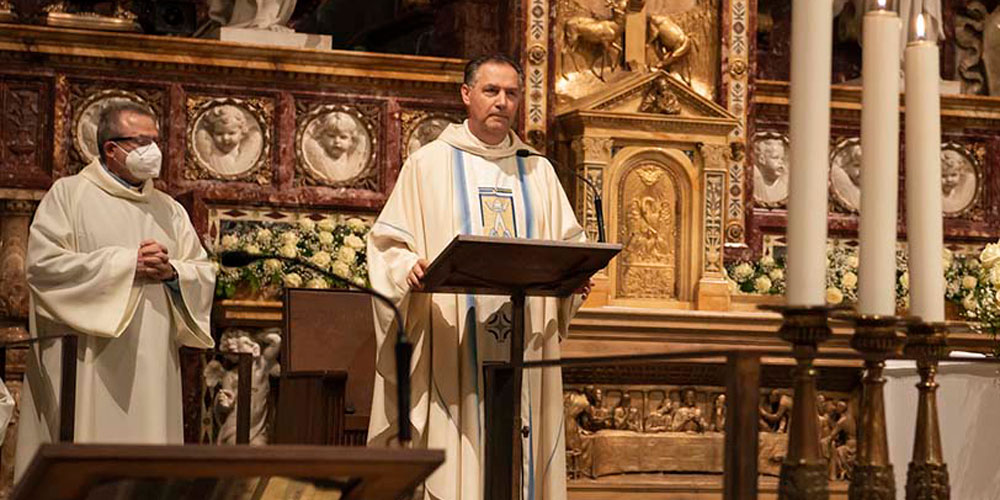 The atmosphere of familiarity allowed Fr Artime to insert a personal memory into the homily, which was received with great sympathy. The faith in Our Lady that his grandmother manifested, he recalled, was born from an attitude of trust that did not have many words to express itself, but that showed a powerful substance. At that time, prayers were recited in Latin in church, and in this language - incomprehensible to most people - Masses were celebrated. Yet, even simple people grasped the essence of devotion to her "who will always be a loving mother for us... who leads to the Son."

“It is about perceiving and feeling in our hearts and in our whole being that today, as yesterday, the words of Our Lord on the cross, 'Mother, behold your son', become a reality for us. The same thing He said to His beloved disciple, He says to us today: 'Beloved children, here is your Mother'."

The evening prayer expressed in a palpable way the union with the entire Salesian Family, entrusting the recitation of the first part of the Hail Marys to three voices from three continents - Asia, Africa and Latin America - connected live with the basilica: a young man from the Philippines, a Daughter of Mary Help of Christians from Mozambique, a mother from Peru.

"We lived the Feast in different moments with sobriety," commented the Rector Major, united with the prayer that the Pope asked to dedicate to Mary in this month of May to overcome, with hope, this pandemic. 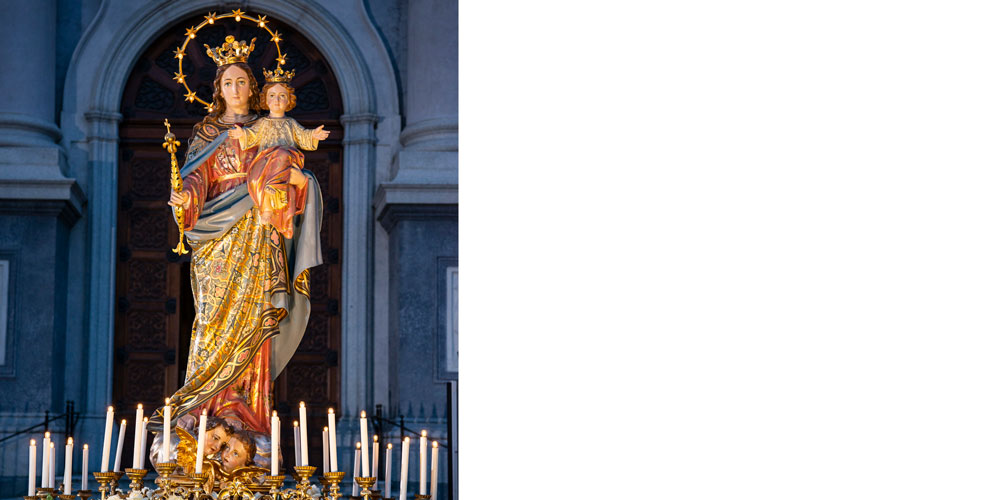 The effects of the pandemic have well and truly dragged on into their 2nd year of devastating influence, once again weighing heavily on the most beloved solemnity for Don Bosco and his children. At least in part, lessons have been learnt from last years’ experience and the opportunity to formulate new solutions has arisen.

Certainly, one of the most significant lessons was utilizing the airwaves and the web to build connections amongst the worldwide Salesian family.; the greeting that was given at the beginning of the rosary prayer at 20:30 was viewed and followed on the social channels of ANS, Don Bosco Italia, Salesiani Piemonte and Missioni Don Bosco, and on the Rete7Piemonte and Telepace television stations.