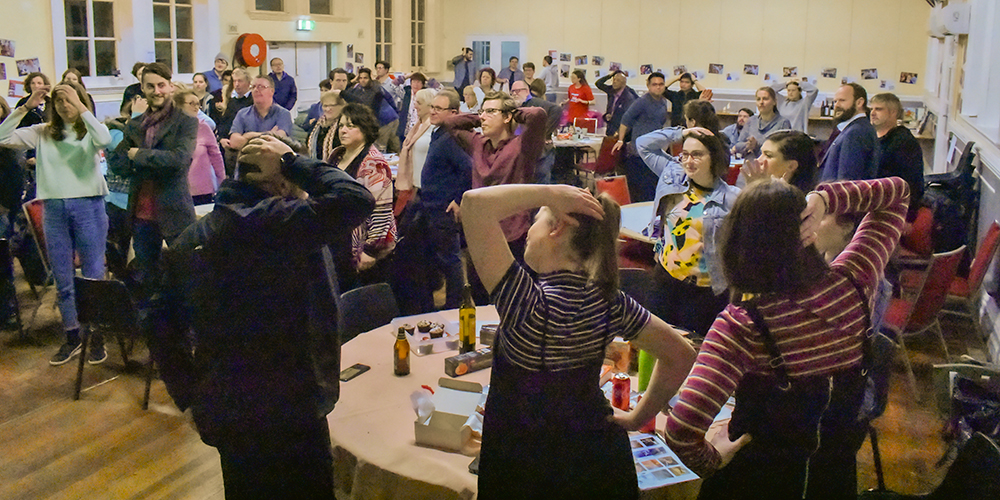 The 'Fun' in Fundraising - Cagliero Trivia!

Every 2 years the Cagliero Project hosts its Cambodia Trivia Night, a brilliant night that has become well known for putting the ‘fun’ in ‘fundraising’, as well as food, joy and trivia! On Friday the 6th of September approximately 80 people gathered at the St Peter and Paul’s Parish hall in South Melbourne to raise money for the Don Bosco Technical School in Phnom Penh, Cambodia.

The night began at 6pm with food served courtesy of the catering team from ‘What’s Your Beef BBQ’, who put on a veritable smorgasbord of food catering to all dietary requirements. Groups came together and people mingled amongst one another, as Cambodian music played in the background and attendees began to plan out their strategies to snag one of the many fantastic prizes from the silent auction. 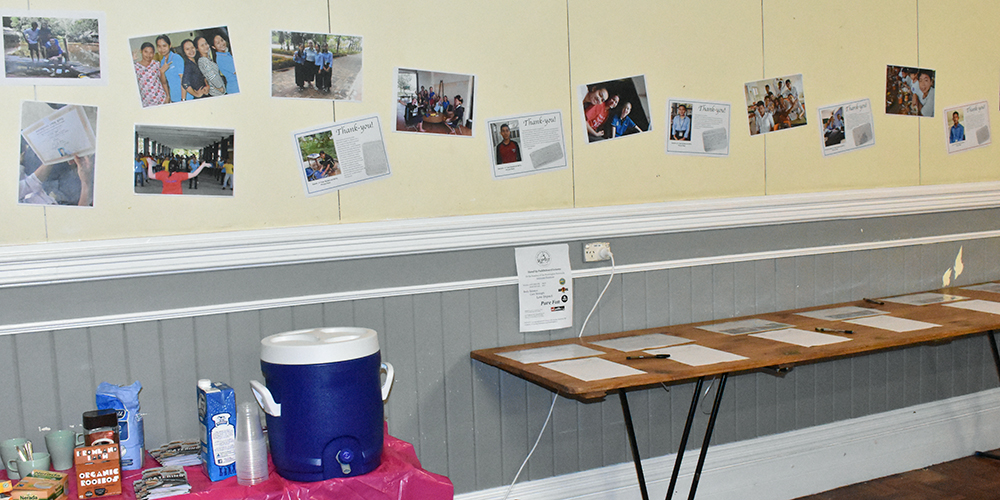 There were plenty of bargains on offer from the silent auction - all donated for a great cause!

The very second the clock struck 7:30, master of ceremonies Tristan O’Brien announced that the night’s official proceedings were to begin. He gave an overview of what to expect from the night, announced the format of the trivia and the strict rule – no phones allowed at any point! And with that the night launched into the first round “2019, The Year That Was”. 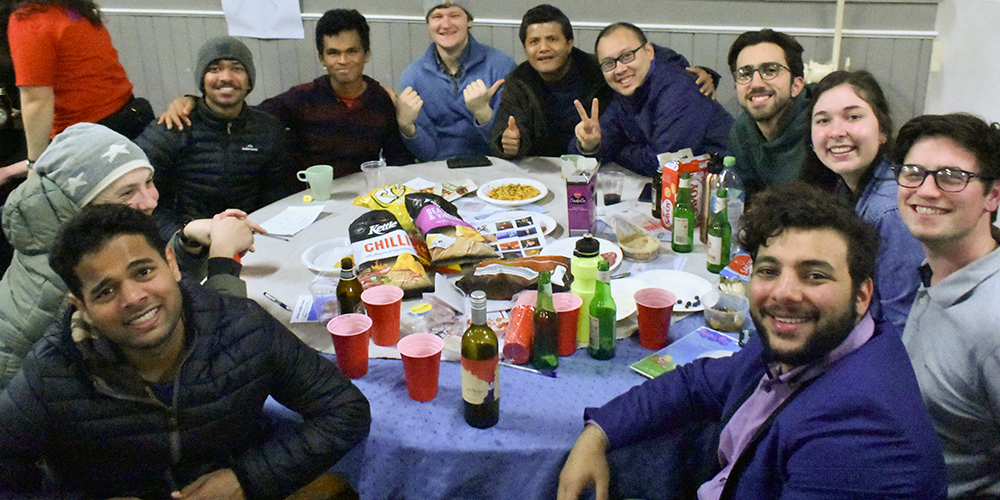 The key to a succesful trivia night is a lot of snacks!

Other rounds and crowd favourites took place such as Sport, Pop Culture and General Knowledge, as well as some other Cagliero specialities – the musically talented Br Jeff led the Music round, playing well known jingles from TV advertisements on the keytar. Participants were mesmerised by his skill and the incredibly cool instrument, as they racked their brains trying to recall where they had heard that tune before! There were also ongoing table activities such as “Name that face” and “Name that logo” that groups had to solve throughout the night. 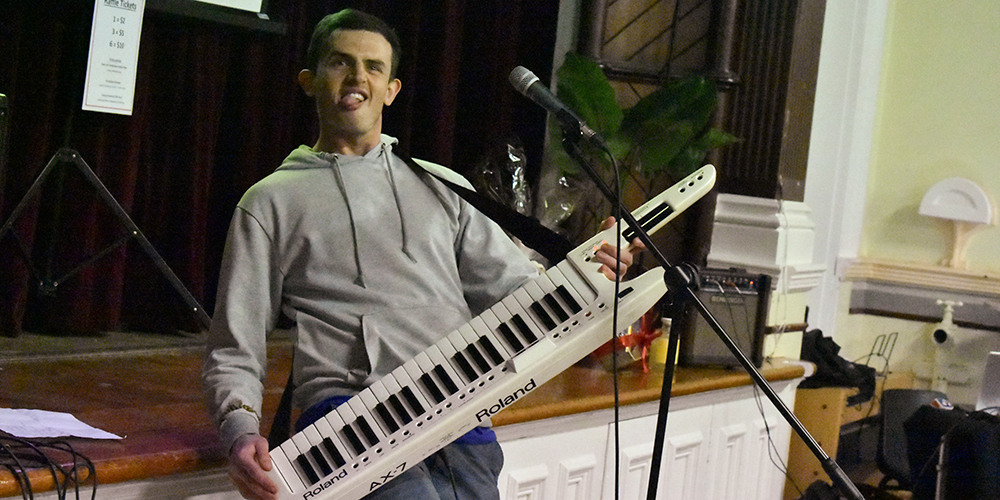 To keep everyone on their toes (in some cases, literally!), a couple of quick-fire parlour games were played that gave away instant prizes to whoever in the hall could hold a sock in the air first, or watch. Games that required a gold coin to participate were also played, that involved a last-person-standing game of heads or tails, and a bocce-styled game that gave a prize to whoever could toss a gold coin closest to the target. Of course, raffle tickets were sold throughout the night to add to the excitement! 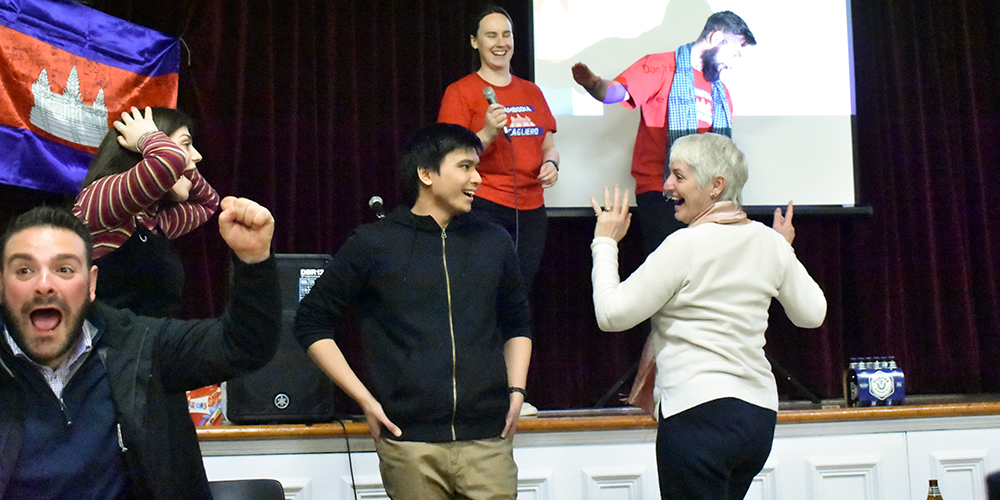 Carmel was the winner in the heads or tails game in a dramatic finish, much to the amusement of the crowd! 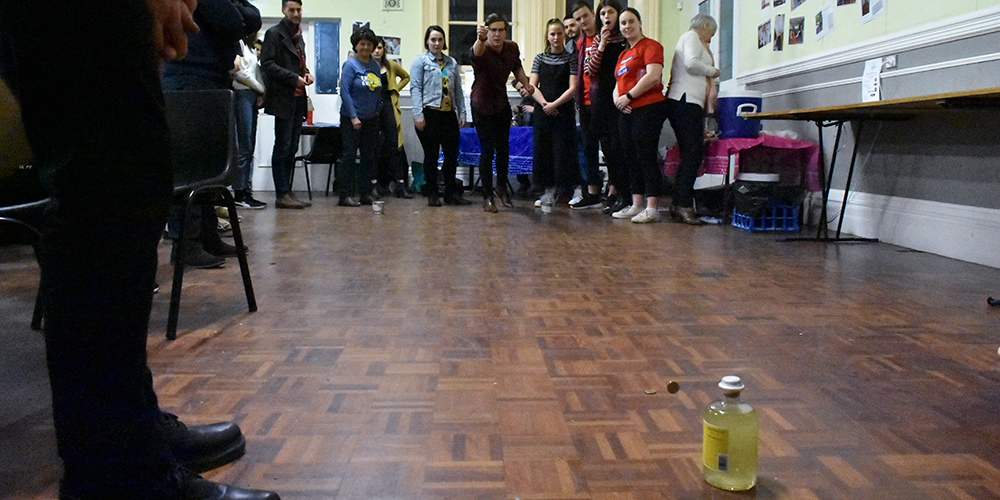 The coin toss in action - this was the winning throw!

Unfortunately, slated guest speaker Fr Roel Seto, Rector of the Don Bosco Technical School community in Cambodia was unable to make it, due to travel-related complications. In his place, Teaghan Dolan and John Gartland stepped up to the plate, speaking about their experiences volunteering at the school for the duration of 2018.

A video was also played giving a snapshot into the joy and enthusiasm of the students at the school, which can be held in stark contrast to the typical portrayals of Cambodia and indeed Cambodia’s recent history – the Don Bosco Technical School is overflowing with a joyful love that all the students thrive on. 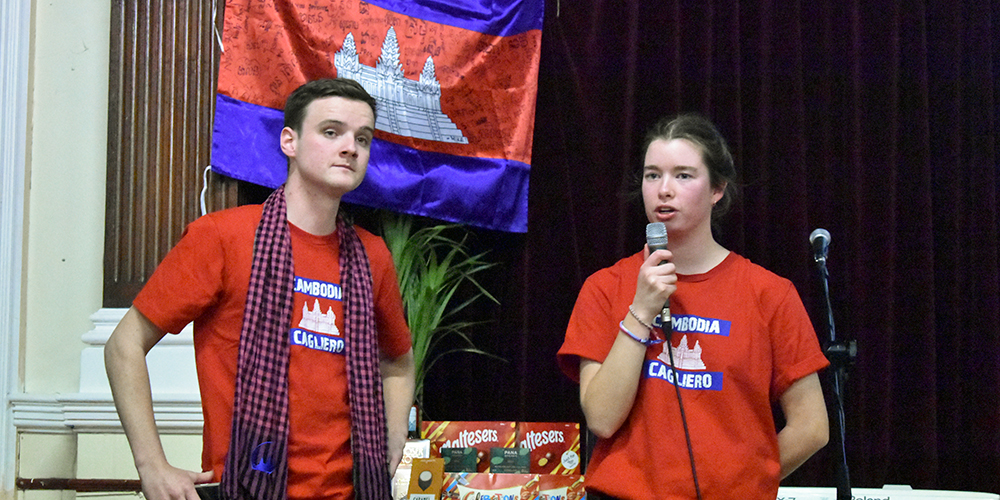 John and Teaghan spoke powerfully of their time in Cambodia.

When Teaghan and John mentioned that the school has a 100% success rate at finding work for graduates, an impressed murmur washed over the crowd. This murmur burst into ecstatic applause at the end of the night when Romina Martiniello, assistant director of the Cagliero Project announced that early estimates had the night’s fundraising efforts netting around $7,000 – enough to fund about 4 students for an entire year, including their meals, boarding, uniforms and tuition!

It was incredible to see such a powerful response as everyone present had enjoyed themselves so much yet had all given so freely to make such long-lasting positive change to people that they’ll never meet. 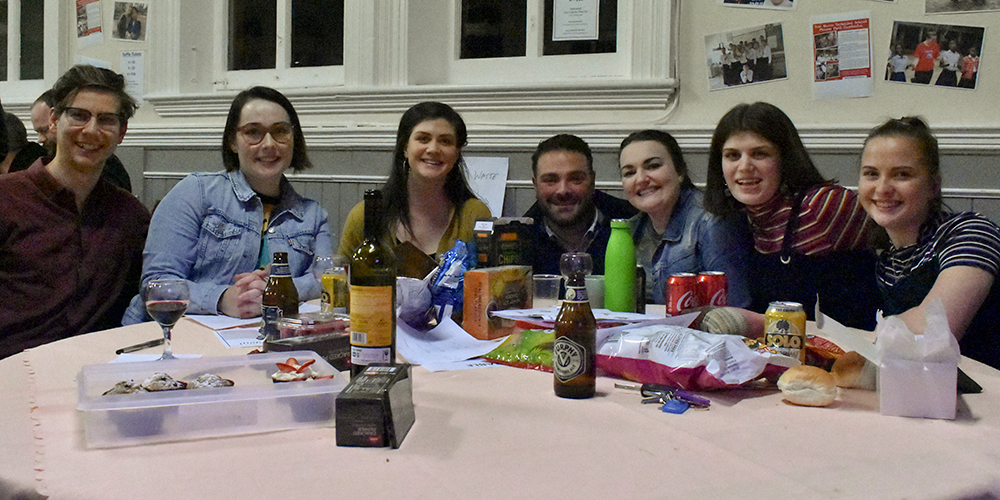 One of the tables strike a quick pose in between rounds

In the end, it was the appropriately named “Quiztians” that took out first place in what was a hotly contest race. The final sum raised was $7,050.75, a brilliant effort from all involved and on behalf of the Cagliero Project and the Don Bosco Tech School, an enormous thank-you goes out to all who donated money, items or anything else to the cause, and those who chipped in from their pockets on the night. 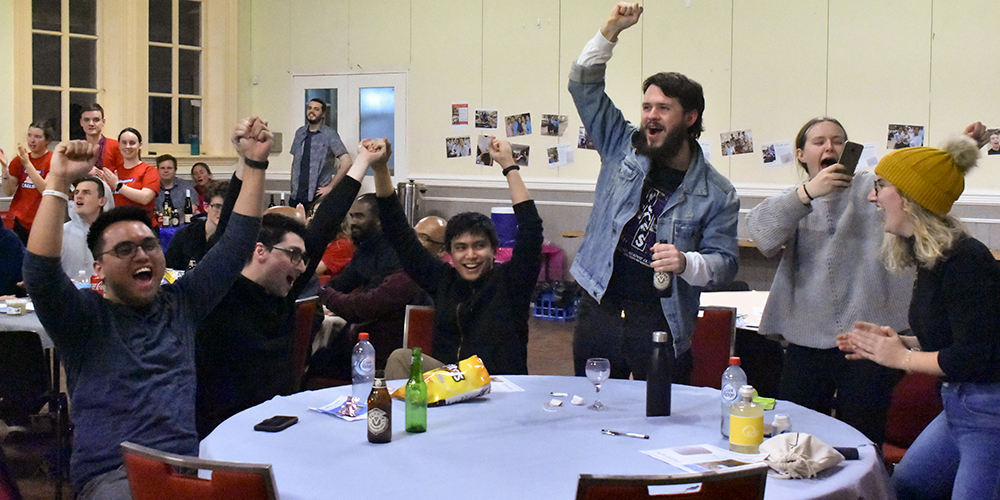 The Quiztians celebrate as they find out they are the trivia champs!

Of course, events like this don’t occur without a lot of sacrifice and hard work. The planning team are all alumni of Don Bosco Tech School so-to speak, having spent long-term placements at the school at one point or another. Well done and thank-you for a fantastic night John, Julia, Romina and Teaghan! A final, special mention goes out to Master of Ceremonies Tristan O’Brien (another alumni) – we hope your voice recovers soon! 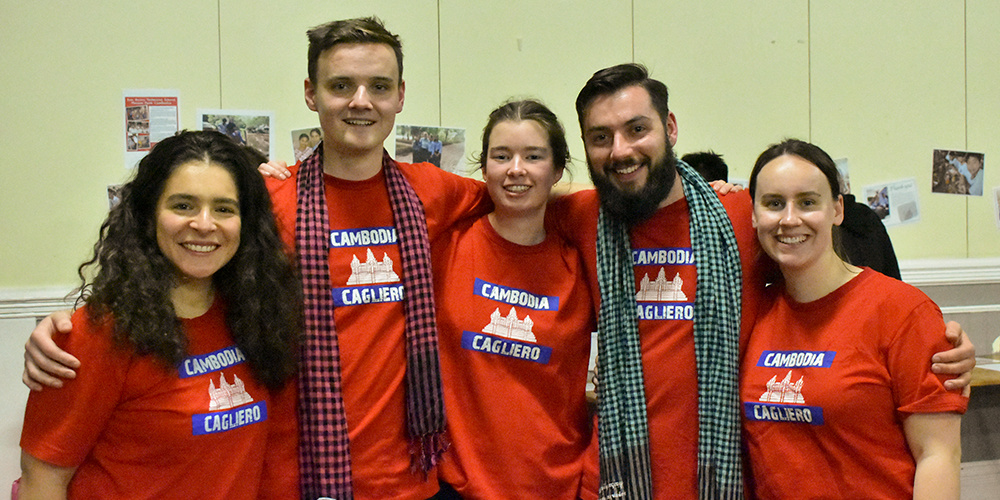 The planning team from left to right, Rominia, John, Teaghan, Tristan and Julia