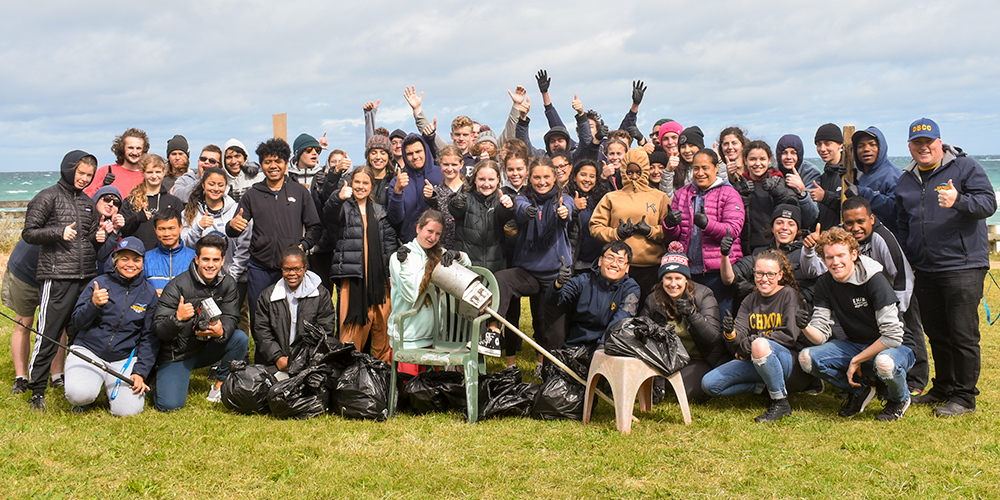 The Salesian leadership camp at the Don Bosco Camp and Centre in Safety Beach put their words into action for Giving Tuesday to clean up the surrounding streets and beach.

The young people, aged from 16 and above, donned their bio-degradable gloves, took up trash bags and scavenged any and all rubbish polluting the nearby streets and beach.

Braving fierce winds, grey skies and the ocean chill, they broke off the 60 participants broke off into smaller groups of around 10 each, enabling them to cover more ground and therefore rescue more trash. 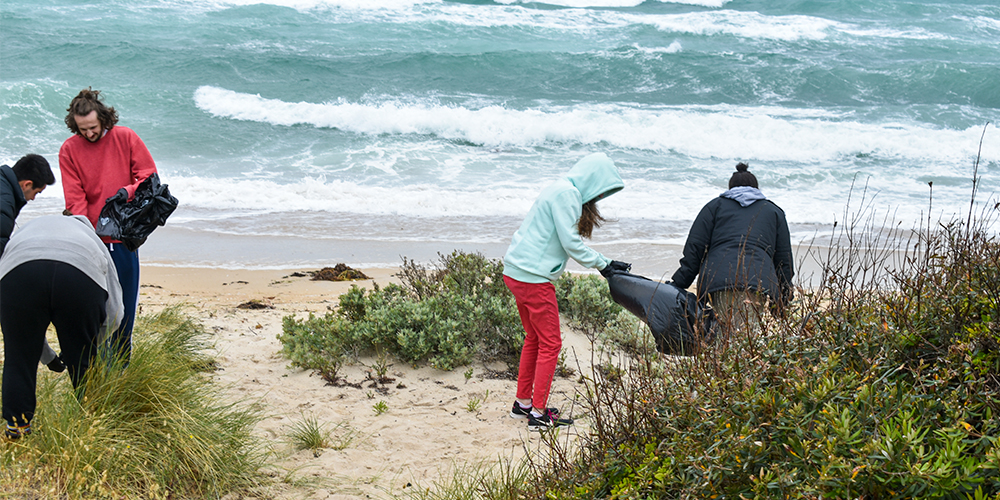 The winds meant that the usual placid saftey beach was very choppy during the cleanup!

It was stunning to see how much junk had just been dumped; plastics and bottles were everywhere as expected but it was when chairs and mailboxes were found that people were surprised!

“As a local, I can’t believe some of the stuff we’ve found today” said Mr Paul Poutney, the camp’s manager. “It was also really great to see how enthusiastically everyone went about this; it’s great for the local community and will also make a big difference when we bring kids down for a swim during the summer holidays!” 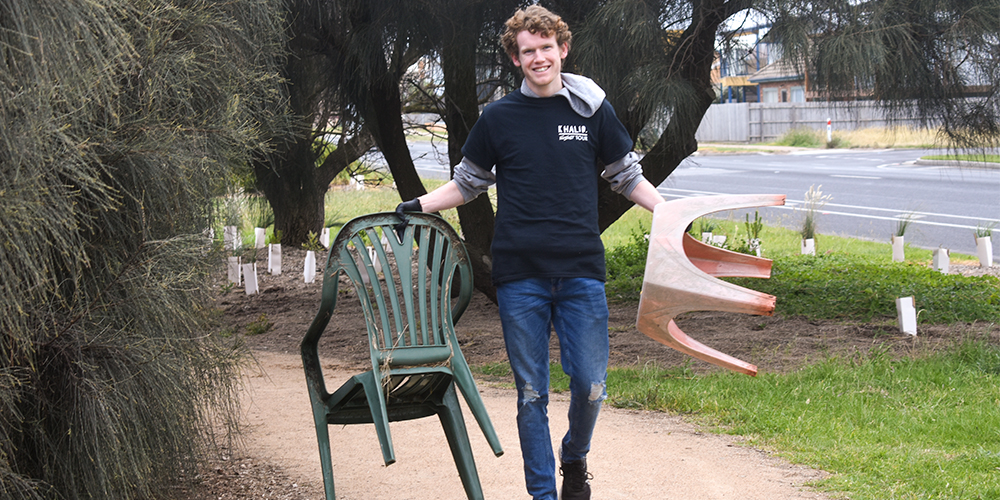 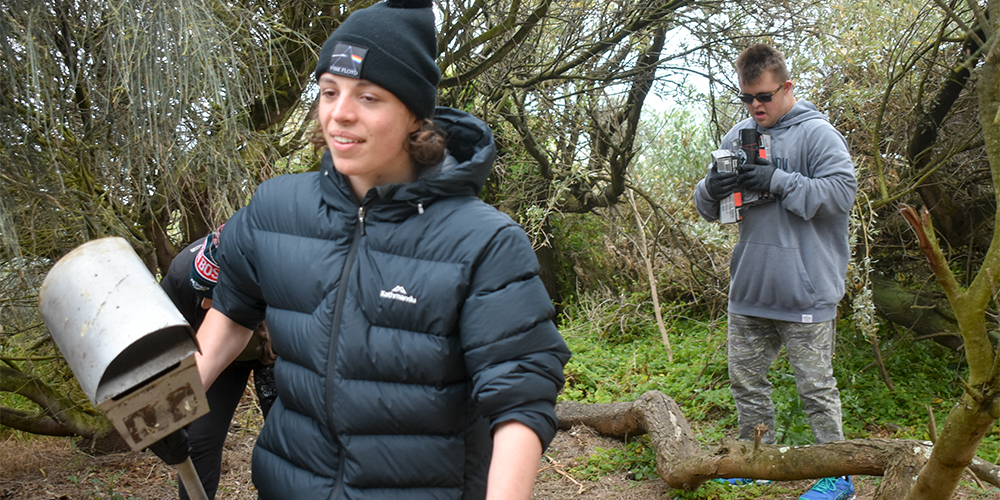 From letterboxes to chairs, all manner of items were just dumped with no regard around the bushland surrounding the beach!

The Salesian Leadership camp is open to anyone aged 16 or above, who wish to learn leadership skills for use in camps, youth groups, schools, workplaces or any other walks of life. It follows the principle of “caught, not taught” where young people are encouraged to challenge themselves to take on responsibility and learn leadership skills through hands-on experiences. 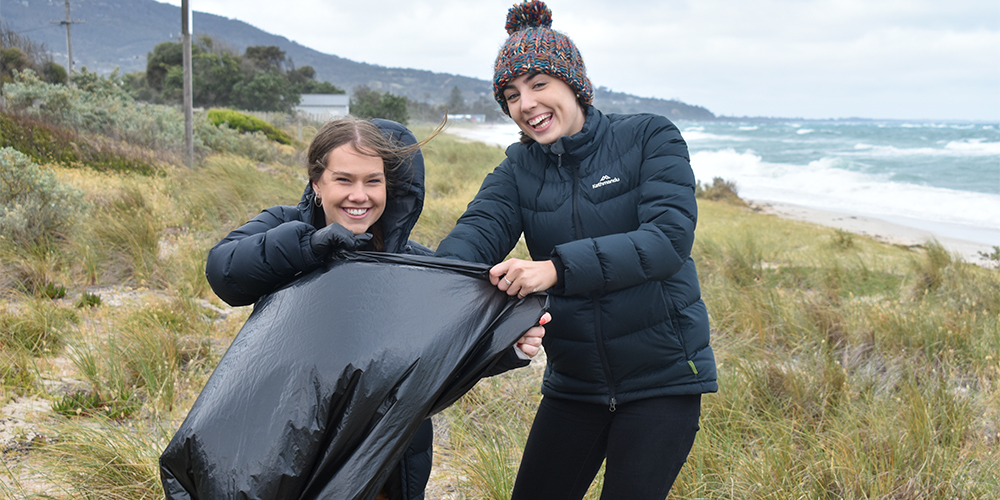 It was hard, cold work but the enthusiasm and smiles never went away!

“We have been teaching young people on our camp for years about the importance of using leadership for others” Mr Poutney explained. “When we heard about Giving Tuesday we realized it would be the perfect chance for our emerging leaders to take charge of a project that benefits an entire community and beyond – a clean beach will be a great gift to thousands of people over the coming summer months!” 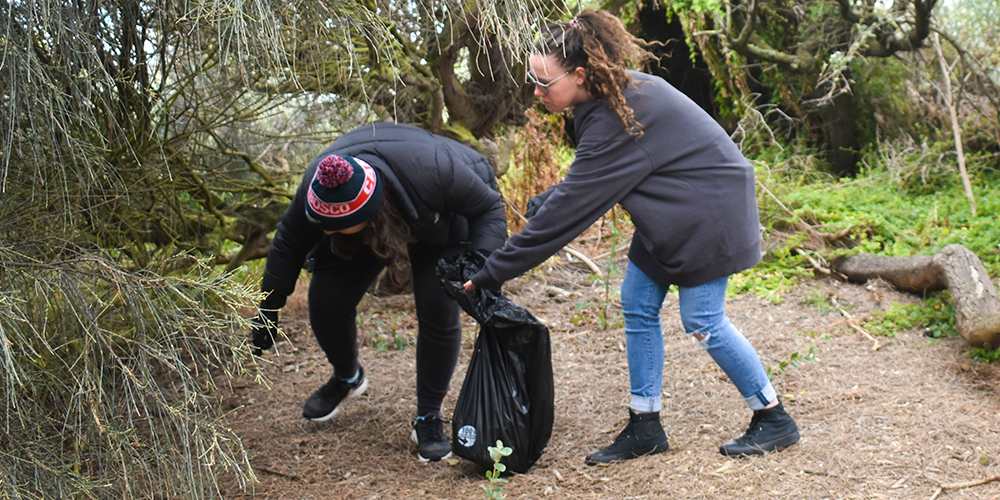 High or low, no rubbish was left behind!

Giving Tuesday is a global generosity movement that takes place on the first Tuesday of every December. It encourages people from all around the world to help others through whatever means they can, whether it be through gifts of time, donations, goods or the person’s voice.

While the young people were braving the brisk seawinds, the Australian Salesian Missions Office also launched its own Giving Tuesday initiative, with the launch of a crowdfunding campaign to raise tools for its mission partners in Samoa. The Salesians in Samoa run the very well-regarded Don Bosco Technical School in Alafua. 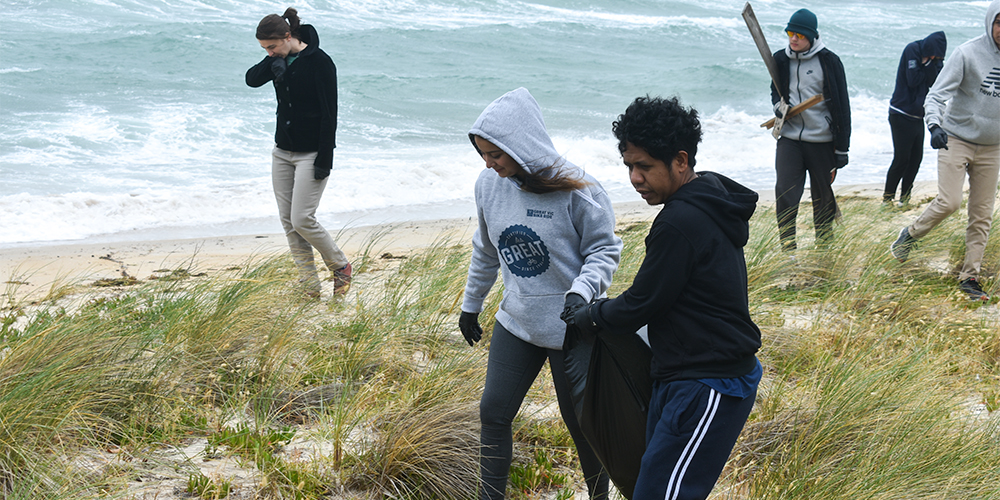 Teamwork was the best strategy for handling the trash collection!

The school has earned a fantastic reputation in Samoa as it gives priority to students who were not able to complete mainstream schooling (for a variety of reasons) and equips them with the knowledge and life-skills that will allow them to enter the workplace, providing for themselves and their families.

Registrations for the Don Bosco Camp holiday programs are currently open to all people aged between 9 and 16.For more information, click here

Are you able to help with the crowdraising campagin for new tools for Samoa?