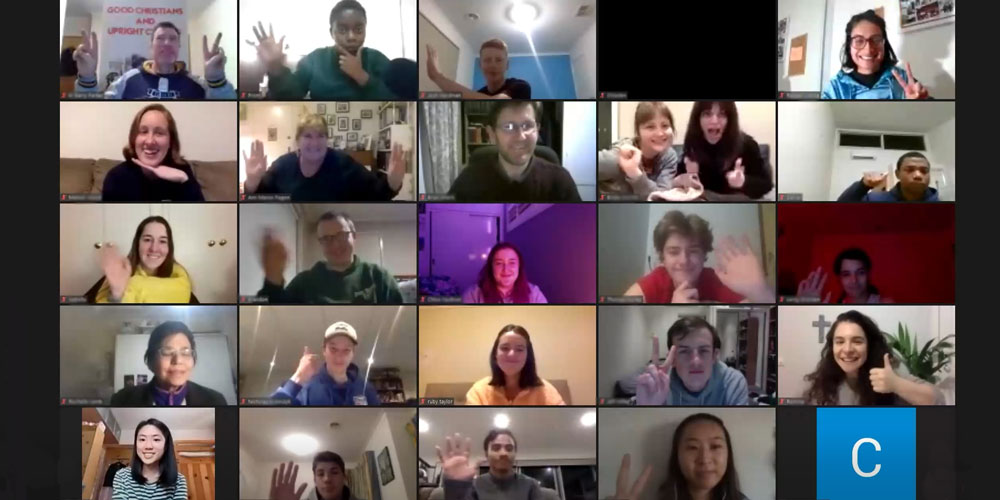 The first ever OzBosco Connect has been a massive success, surpassing all roadbumbs and difficulties that were thrown at it. Taking place across the weekend from the 14th to the 16th of August, it was a poignant celebration of all things Salesian, and for its participants, a great dosage of sorely needed positivity!

Around 80 people gathered throughout the weekend, representing a diverse cross section of the Salesian Family. Young people, students, teachers, past-pupils, youth groups, SDBs and FMAs gathered on Zoom, as they spent the weekend sharing and learning from each other, enjoying each other’s company and taking further steps in their Salesian Journey as they explored the theme for this year’s strenna, “Good Christians and Honest Citizens”.

One of the great joys of OzBosco Connect was that it allowed for people who would not otherwise be able to present (due to distance issues) countries as diverse as India, the USA, Hong Kong, Canada and Fiji were all represented!

Steve Eguino A.K.A “The Bosco Beats was the keynote speaker for the Friday night, speaking on the topic of “Good Christians. He blew everyone away with his musical skills and then doubled down with his zeal, honesty and passion for Don Bosco and God!

A master of analogies and quotables, his wisdom was quoted throughout the rest of the weekend and no doubt, for some time to come! “Compete until complete” he said, noting that when it comes to our faith, we must always be working to better it - when we arrive at the pearly gates, we want to make sure Jesus is an old friend, not a complete stranger! 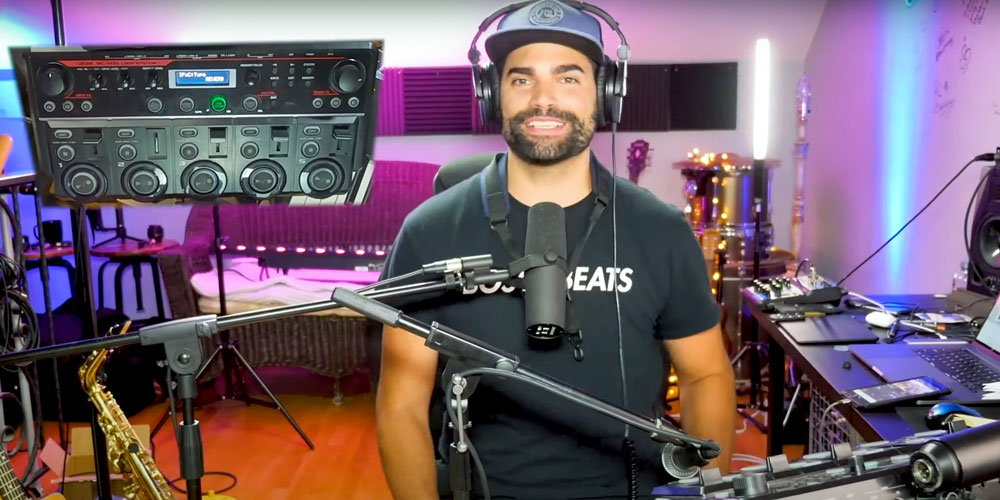 Steve's full speech can be watched in full on Youtube

Akec Makur Chout was the keynote speaker for Saturday night, speaking on the topic of “Honest Citizens. She spoke with great honest and forthrightness as she spoke about the highs and lows of her life, which include being drafted in the inaugural season of the AFLW competition! She also spoke about how she was born in South Sudan and spent 9 of her childhood years in a Kenyan refugee camp before she and her family made it to Perth Australia.

She spoke directly to the young people about her story, exhorting them to become the change they want to see in the world, reminding them that to be young is to be powerful! Equality for all is Akec’s passion, and this came across abundantly clear. 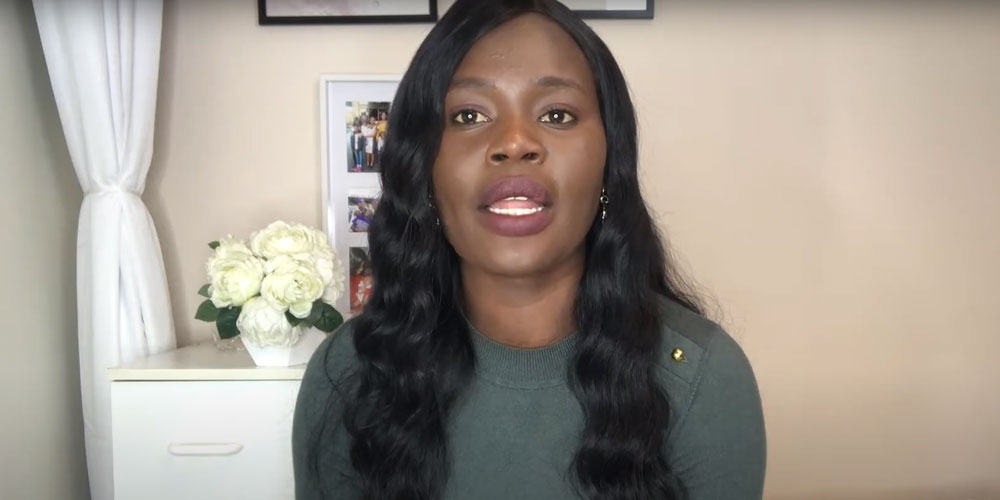 Akec's full speech can also be watched in full on Youtube

After their talks were aired, both keynote speakers took to Instagram Live, where they were able to answer questions directly posed to them by the participants, as well as extrapolate on some of their other ideas. The workshops on offer at OzBosco were equally as diverse, with people tuning in from around the world to lead them!

Indigenous Australians Donella Brown (from Aboriginal Catholic Ministry Perth), and Kylie Agale (from Catholic Education WA) led a beautiful, soulful workshop that led its participants into the wonders of the meeting point where indigenous culture and heritage meets the Catholic Story.

Macson Almeida and Malka Doshi were able to share their passion for caring for the environment in their workshop, live from Mumbai, India where they are greatly involved with the Don Bosco Green Alliance.They stressed how the environment is a loan we take from future generations and so, have a grave responsibility to leave it as best as possible for them.

Michael and Felicity Walter of Yellow Arrow, from Melbourne led a workshop that inspired participants, equipping them with new approaches to solving problems with honesty and integrity. Their enthusiasm and passion for youth empowerment was on full display for all, no doubt shaped by their own close ties to the Salesian Family!

The final 2 workshops were youth panels that involved a wide variety of young Salesians who work in different environments, sharing the highs and lows of their Salesian journey so far.

Come Sunday morning, it was hard to believe OzBosco was almost over already – and perhaps this is one of the truest OzBosco experiences! Romina Martinello (province Youth Ministry Co-Ordinator) and Tristan O’Brien (teacher at Salesian college, Chadstone) led a joint reflection that summarized the entire weekend, drawing connections and accentuating certain moments through a guided reflection and live drawing to match. 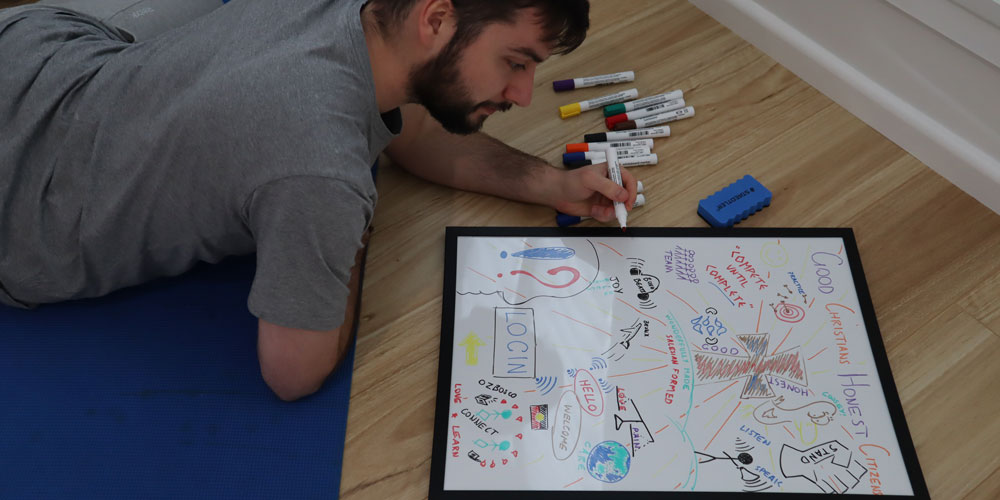 As Romina led the guided reflection, Tristan's drawing was broadcast live for all to see, as he followed her words to inspire his art.

Other highlights of the weekend included a Kahoot (an online trivia service) of Salesian trivia that was a toughly fought battle for all and the Saturday night “Goose Chase” were teams competing to complete the most tasks within their homes, such as artistically recreating the Strenna, sharing what they had learnt so far, or building Lego towers or pillow forts! 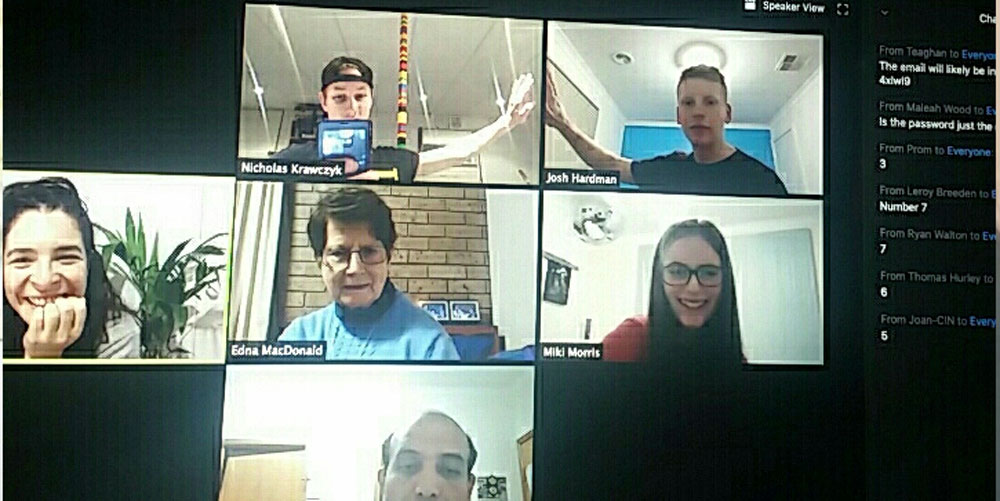 "Come up with your best hi-5" - mission complete!

Usually, OzBosco is the absolute pinnacle of the year for the Salesian Youth Movement in Australia as over 150 young people from all around the country (and occasionally, even neighbouring countries!) gather together for a weekend of games, workshops, music, dance reflections, keynote speeches and prayer.

During the early planning stages for OzBosco in March of 2020, it suddenly became clear that OzBosco would not be able to go ahead; like so many other aspects of life, it seemed that COVID-19 had firmly shut the door on any chance of the event going ahead. However, inspired by the requests for even just a small taste of OzBosco from those who were planning to attend, a small team gathered to re-assess and re-construct the weekend, turning it into an online extravaganza that it was!

Led by Romina, this team was able to persist in the face of COVID-19, delivering a professional product with high-end graphics and elite content, ensuring that the Salesian charism made its way to households around the country, and the world. Tellingly, after the program had officially wrapped up on the Sunday morning, many participants remained in the Zoom call, as they chatted, laughed and swapped stories, mentioning how thankful they were that the OzBosco was able to go ahead – and on Don Bosco’s Birthday as well!!! 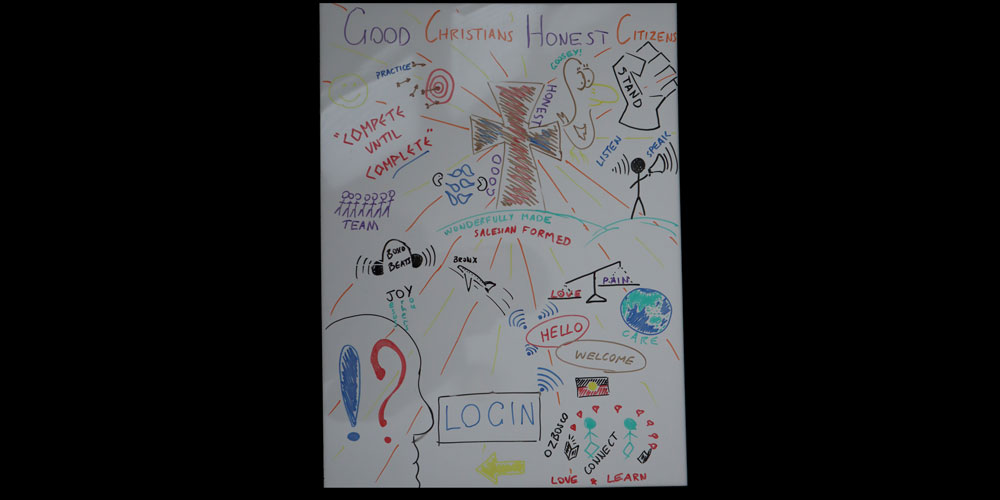 OzBosco was a true blessing and a gift! Happy Birthday Don Bosco!