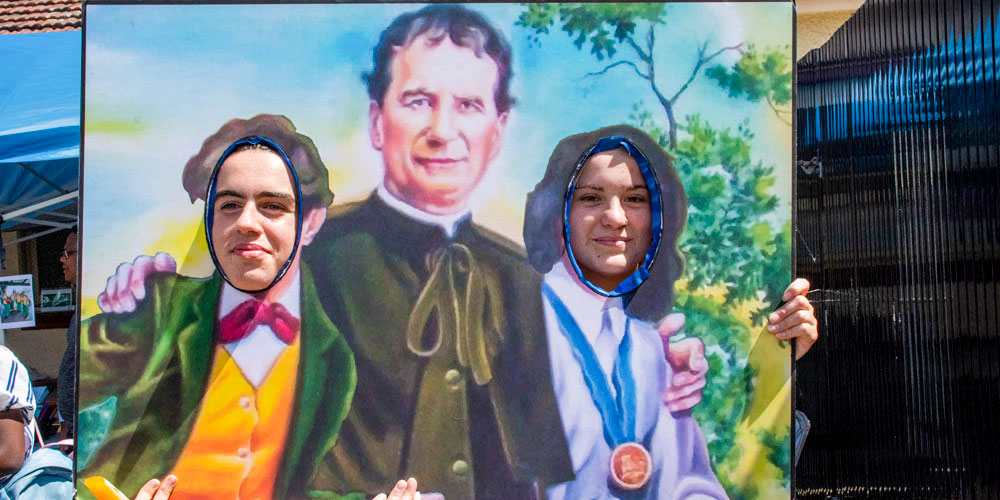 On Sunday the 28th of February, celebrations for Don Bosco’s feast day kicked off at St John the Baptist in Clifton Hill, Melbourne. Occurring almost a month after the feast day itself due to COVID-safe regulations, the festival was another fine instalment of Salesian fun and joy!

The day begun with mass at 11am celebrated by Provincial Fr Will Matthews, concelebrated with many other Salesian priests. The regular attendees of the parish were present, joined by young people from all over Victoria, including contingents of students from the three Salesian high schools in Melbourne. Many other Salesian groups were represented amongst the attendees of the day, including the Don Bosco Camp & Centre, the Brunswick youth hostel, FMAs and also just general friends and family – anyone with an affiliation was more than welcome!

Provincial delegate for Youth Ministry, Fr Brian Ahern delivered a wonderful homily, where he likened the mountains climbed in the transfiguration story to the mountains in our own lives that we must climb; Don Bosco, who would regularly climb physical and figurative mountains with and for his young people, serves as a guide for us on this journey. The mass itself was a wonderful expression of the Salesian family, as young people, students staff members, past pupils; all walks of Salesian life were present together to celebrate and give thanks for the gift that is Don Bosco. 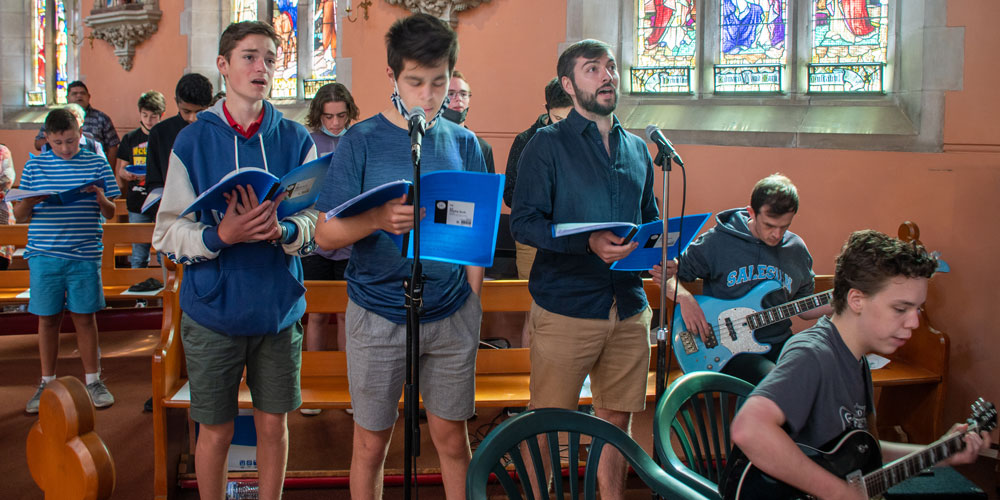 The choir was a highlight of the service, led perfectly by St. Joseph's teacher Bronwyn Dean

After mass, the celebrations moved outside to the primary school. Although numbers were restricted due to regulations on how many people could gather for events, the party begun with a bang! Attendees had already registered well in advance and therefore already knew what activities would be to them; jumping castles, face paint, treasure hunts, arts and crafts.

Soon after, the entire group gathered to play some games together, and seeing a large amount of young people enjoy each other’s company was a sight to behold; made all the mores sweeter given that it has been some time since we have been able to gather like this!

It was then announced that the food truck slinging burgers and fries was ready to start serving up their goods, free of charge! Naturally, this garnered the attention of most, whilst for those who were content to wait, music begun to play and the catch-ups between old friends begun in earnest.

Throughout the day musicians provided some great live music and when it was their turn for a break, the legendary Sr Rochelle Lamb stepped up to lead the day in some dancing, getting the crowd up and about, spreading laughter and joy amongst everyone involved. At the same time, the now-traditional dodgeball competition was in full flight, and teams had a great time competing against one another. 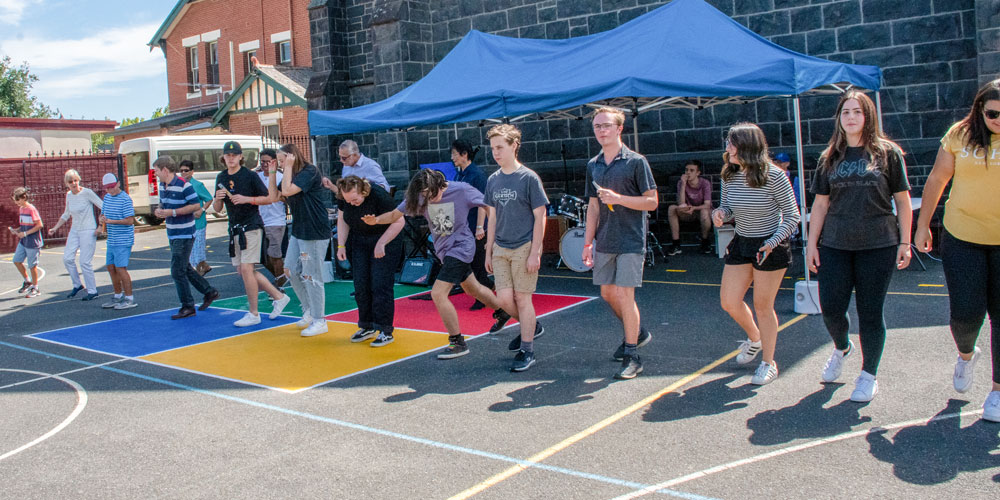 It's just not a feast day festival if Sr Rochelle doesn't take the lead for some dancing!

While all these festivities were going on, a few volunteers assisted in selling raffle tickets, where the prizes were hampers made up of different Salesian goodies and chocolates. Over $350 was raised, which will be converted into around $680 Samoan Tala and will be a significant contribution towards a full scholarship for a year for a young person in need to learn a trade at the Don Bosco Tech school in the country, with Salesian Missions Australia to pay the rest of the school fees.

It was a great effort by the small planning team who pulled together with not much time to organize a great day for everyone involved. With only a couple of meetings a lot of work done and a big thank-you goes out to the team. Especial thanks must go to Fr Brian Ahern who spearheaded the group and did a wonderful job of organizing a wide range of pieces that fell together perfectly. The entire day shone through with a relaxed, happy vibe as everyone soaked up some Melburnian sun and Salesian spirit – both things that have been sorely missed in recent times! 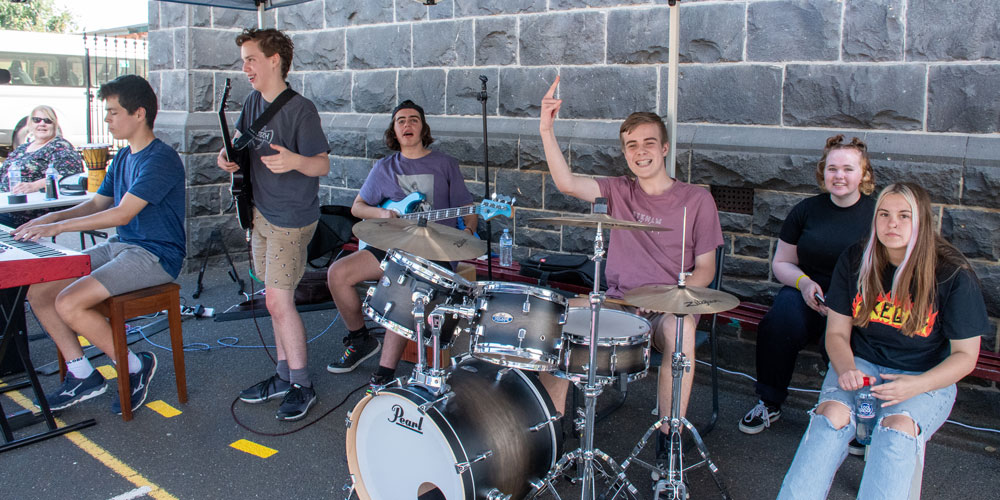 The band provided great energy all day and even encouraged other people to join them in the performance of songs!

In keeping with the Don Bosco Green Alliance, the planning team had also put a concentrated effort into ensuring that the event reduced its waste as much as possible. Bins were set up for recycling, soft plastics and food waste, and everyone were asked to ensure that they disposed of anything they no longer needed appropriately. Disposable cups were made from cardboard and the food truck was also asked to consider their environmental impact, which they did very well on!

To view all the photos from the day, visit us onFlickr!