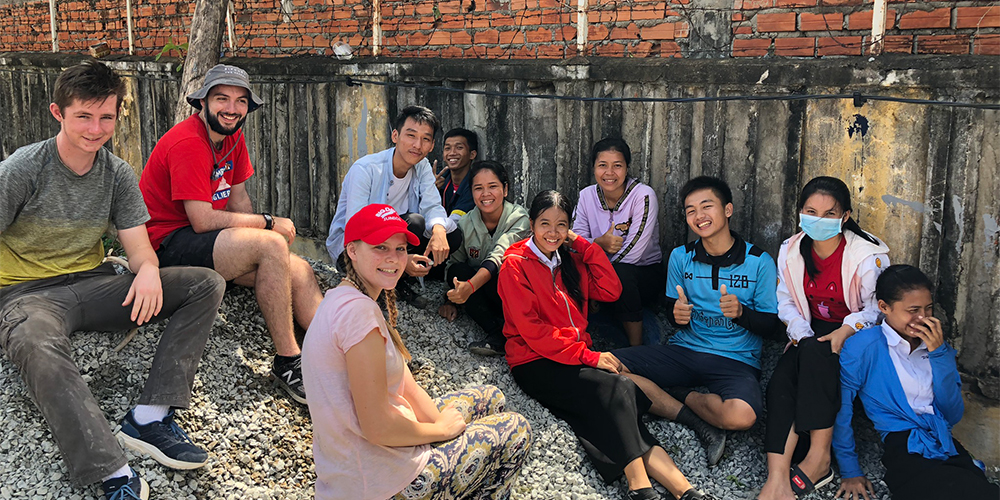 Immersed into a Kingdom of Wonder

The 2019 edition of the Cagliero Project's Immersion Trip was another massive success!

In the evening of Saturday 29th June, a group of young people met up with leaders Lauren Hichaaba and Romina Martiniello at Melbourne Airport, ready to begin their immersion trip to the ‘Kingdom of Wonder’ - Cambodia.

These young people were gathered together from the various Salesian works around Australia, ready to immerse themselves in a foreign culture see how the Salesian spirit lives out in a foreign land. To do so, they travelled to the Don Bosco Technical School in the capital city, Phnom Penh, a well-known bastion of Salesian goodness!

The group learnt how to mix cement and helped out with on-going works that were aimed at improving the drainage of the school’s football field, by building a concrete drainage system. For those of the group that had come from the southern states of Australia and were therefore exchanging the freezing cold for sweltering humidity, this turned out to be very tiring work!

Nevertheless, for all involved – immersion participants, students and teachers the work also came with a great sense of satisfaction, and left everyone with two distinct features: that dirty, sweaty grimey look that comes from a hard day’s work, as well as the smile that beams with a great sense of accomplishment! This was also a great start to the immersion as it turned out that not only was a drainage system being constructed, relationships between the Australians and the students were being established, with foundations as solid as the setting concrete. 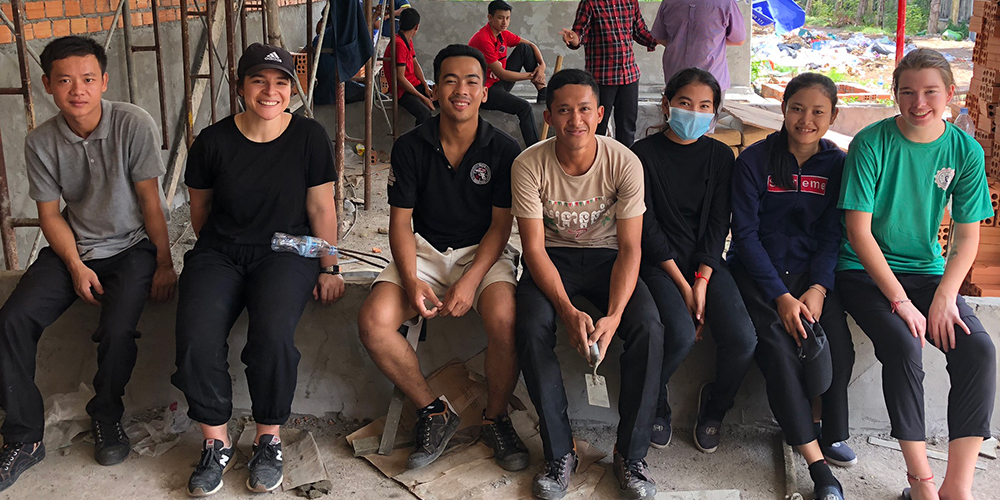 The Don Bosco Technical School has over 450 students, some of whom live in the city and some whom are staying at the school as boarder students. These borders are typically very poor or students from very rural areas To help get a broader view of what Cambodian life is like on a day-to-day basis the Australians also spent a few nights in homestay; each one was designated a different teacher and spent a few nights staying in their family home, coming to a deeper appreciation of the Khmer culture and lifestyle.

Tragically, Cambodia is still scarred by the atrocities of the Khmer Rouge in countless ways. The group spent time learning of this history and bore witness up close and personal with trips to the Killing Fields and the Tuol Sleng genocide museum. These were sombre yet necessary visits, that served to remind of the senselessness of such extreme violence, as well as building a deeper appreciation for the Cambodian young people that the immersion group had been spending time with, so many of whom are still deeply affected by the horrors of the civil war.

Next on the group’s itinerary was the three-day leadership program to be held back at the school for 90 Salesian youth from all around Cambodia (including the ones from Australia!). The weekend was one of pure fun and enjoyment as both the young Australians and Khmer deepened their understanding to what it means to be a young Salesian through mutual sharing – often fostered without being able to speak the same language!

This three-day program hit its climax when its participants were able to take all they had learned and run an activity day for the school! It was incredible to see all the young people empowered to take ownership of being a young Salesian leader and to see them put this into action. Although the day was exhausting, everyone was buzzing with excitement at the end of the day for all they had achieved. 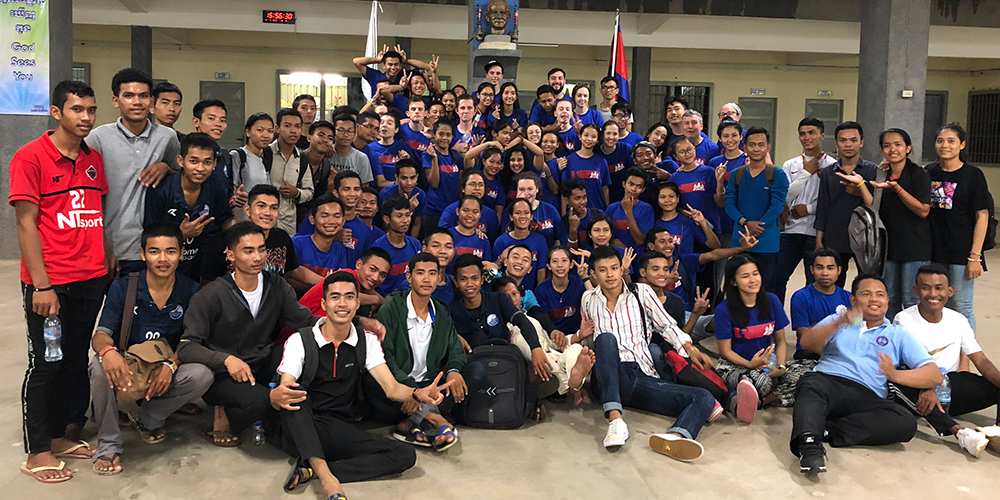 The particpants of the three-day leadership program

Naturally, all this time was dotted with plenty of traditional food, visits to restaurants and shops that put their profits into helping their communities and Salesian Goodnights and Goodmornings. Even so, the immersion group’s time at the school drew to a close in what felt like a blink of an eye and so, with heavy hearts and many tears, farewells were said, and contact details were exchanged. However! It was not home time just yet for the group, as they then moved on to Siem Reap, home of the ruins of the ancient city of Angkor. A world-famous series of temples and other structures that date as far back as the 9th century, it is the pride joy of Cambodia, featuring on the country’s flag, as well as several Hollywood films! These last few days in Siem Reap were also a chance to reflect, debrief and pray about all that had been learnt and experienced. 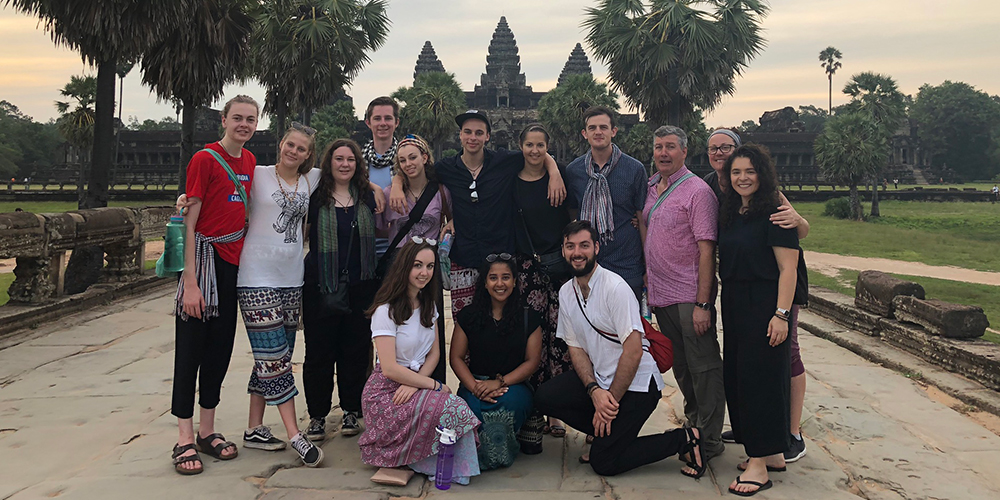 Waking up well before the crack of dawn to watch the sun as it rises over the majestic Angkor Wat is an extremely popular attraction for many tourists - one that has been ticked off the bucket list for those in the immersion!

Over many years, the Cagliero Project has managed to build an incredibly special relationship with the Salesians in Cambodia. Volunteers have been joining the school on 6-month and 12-month periods and now, yet another group of young Australian Salesians have been captured by the unique take on Salesian spirit that can only be found in the wonderous Kingdom of Cambodia. 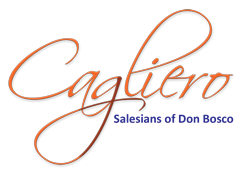 The Cagliero Project offers life changing experiences, whilst also bettering the lives of countless people around the world. For more information, click here!