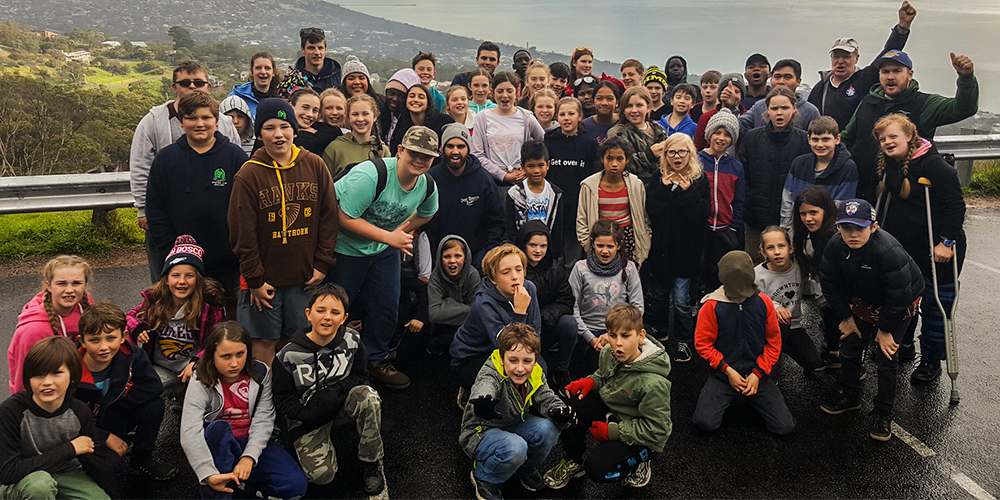 Not even the winter chill or falling rain could deter the campers from making their way to the Don Bosco Camp and Centre (located on Victoria’s Mornington Peninsula) for they knew so very well that the Junior and Senior Winter Camps are not to be missed! Taking place over the school holidays, the campers were dropped off, friends were reunited from previous holidays camps and the new faces already begun to become friends with the other members of our beautiful camp community. Once everyone had a bed to sleep on and suitcases were packed safely away, it was time for the action-packed weeks to begin!

Many themed games and activities spanned the two weeks of camps including Mystery, World Cup and Disney themed days followed up by Disco and ‘Drive-in Movie’ nights. On the Tuesday night of both camps, leaders and campers loaded onto buses for a ‘Mystery Tour’ to an unknown location, organised by camp managers Paul Poutney and Dom Stephens. After a long drive and many campers trying to guess where we were going, the buses arrived for a fun-filled night of arcade games, bowling and mini golf at Top Fun in Rosebud. 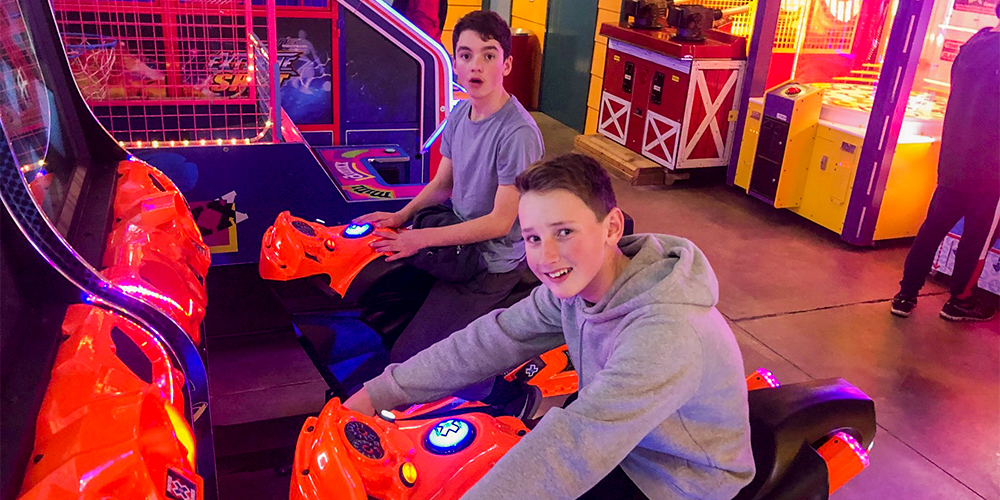 A pair of senior campers test out their motocycle skills!

However, one offsite activity wasn’t enough for the senior campers, so on Wednesday we journeyed once again, this time off to Shoreham Beach. Of course, it was far too frosty to swim; we were there instead to venture it into the Pines, a nearby flora and fauna reserve, to play some games and activities planned by our leaders. That afternoon also proved to be a fantastic time to reflect on the camp experience that we had all shared so far, which culminated with Fr Shane Reade saying Mass for us. 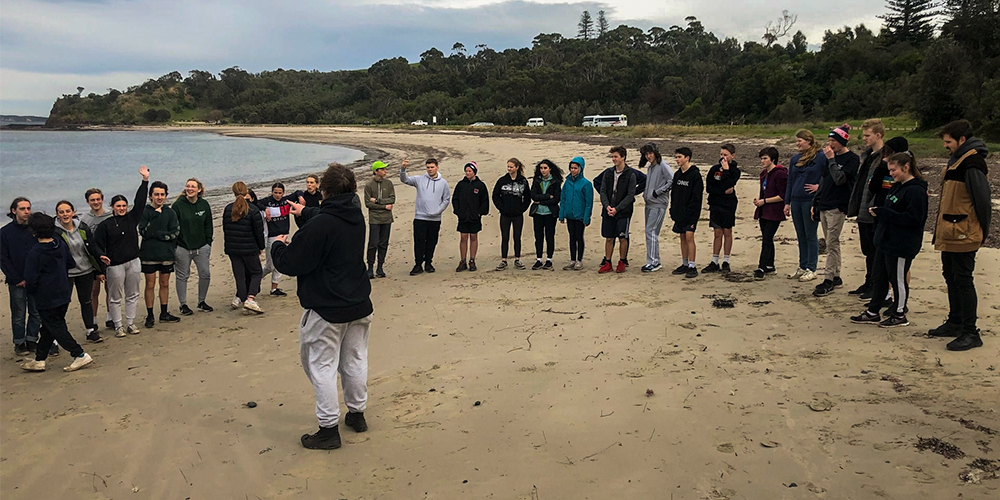 The senior campers begun with same games on the beach... 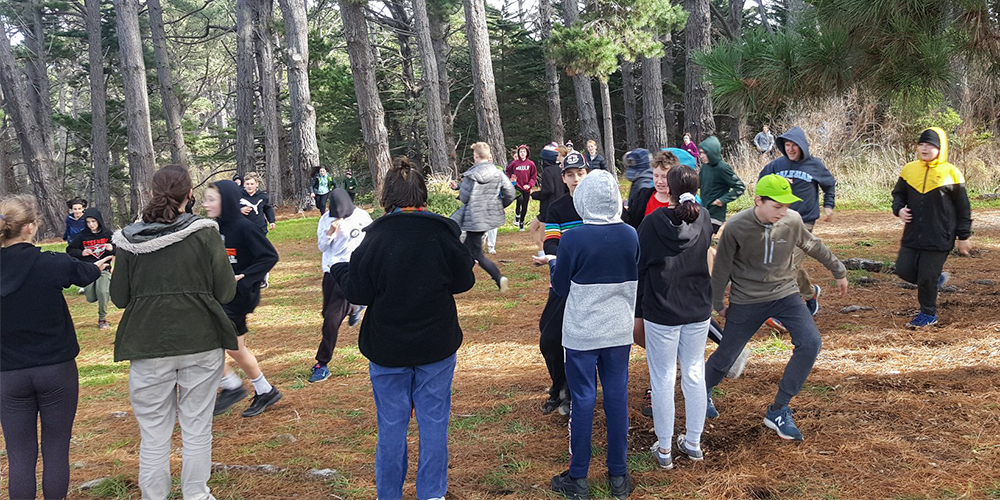 And ended with games in the forrest!

But every good camp must come to an end and after all the activities were complete it was time to say goodbye and part ways. My favourite question on the last day is when the campers ask their newly found friends, “Will you be coming to the next camp?” I am yet to hear anyone answer “no”!!!

The end of the Winter Camps also signified a bittersweet moment as staff member, Ellen Hogbin, ended her time at Don Bosco Camp and Centre. At the conclusion of the senior camp we recognised Ellen’s many contributions, her involvement at the camp spanning many years. Ellen is very well known amongst all the campers, as her presence throughout every day of camp; morning, afternoon and evening has always been to empower, enable and encourage the young people to be the best they can be. This has also been true for myself, as Ellen was one of the first leaders that helped me begin my own journey as a camp leader. Her presence, leadership and smile will most certainly be missed down at Safety Beach and we wish her all the best for the future! 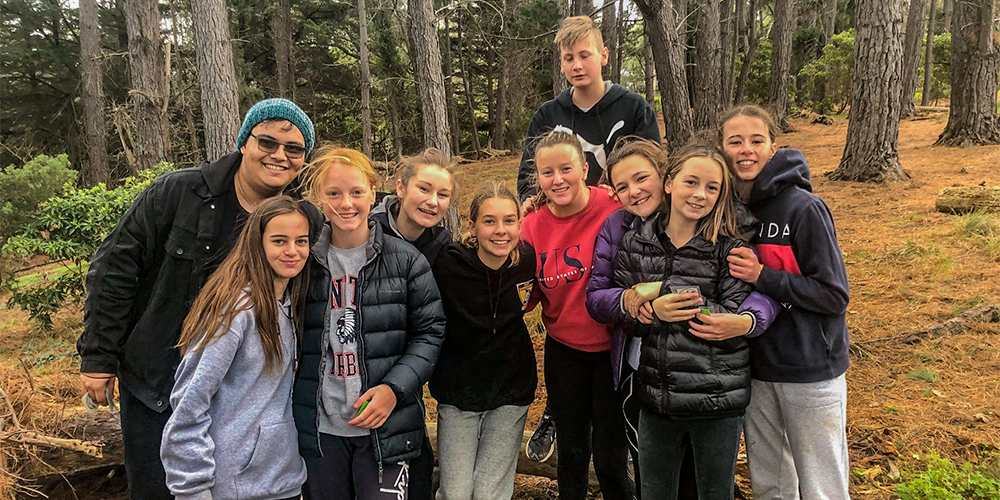 Ellen (fourth from the left) is always right amongst it with young people!

As a young Salesian leader, it always fills me with joy to see the camp community come alive; Suzie and her team cooking up a storm in the kitchen, the volunteer leaders putting all their energy and time into making the camps enjoyable, the campers and leaders battling it out in the Gaga Ball Pit, the chants at the dinner table and the smiles and laughter all around. Camps at Don Bosco Camp and Centre are certainly memorable for everyone involved and although the Winter Camps are all over for another year, as we say after every camp season - we look forward to what the Summer Camps will bring us in January! 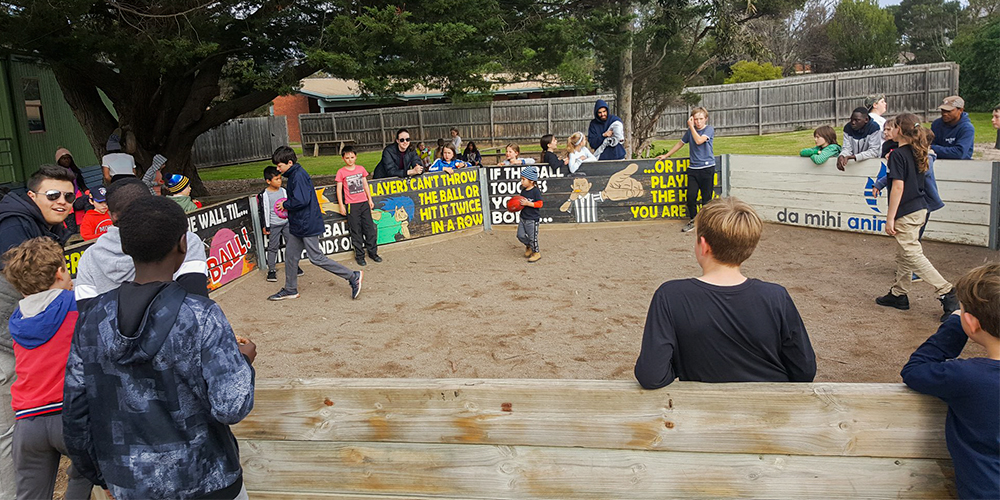 The hallowed turf of the GaGa Pit is where legends are born! 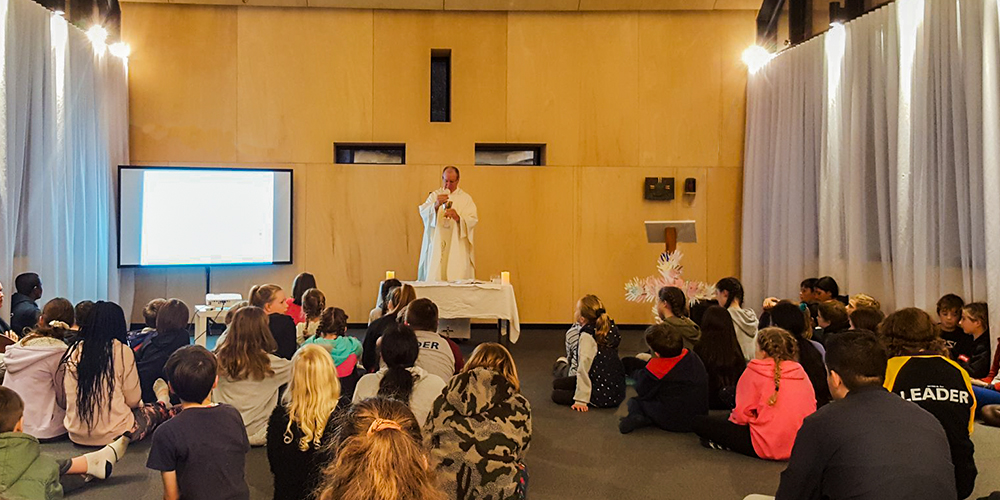 Junior camp Mass is always very special; for some, it is their first ever experience of Mass! 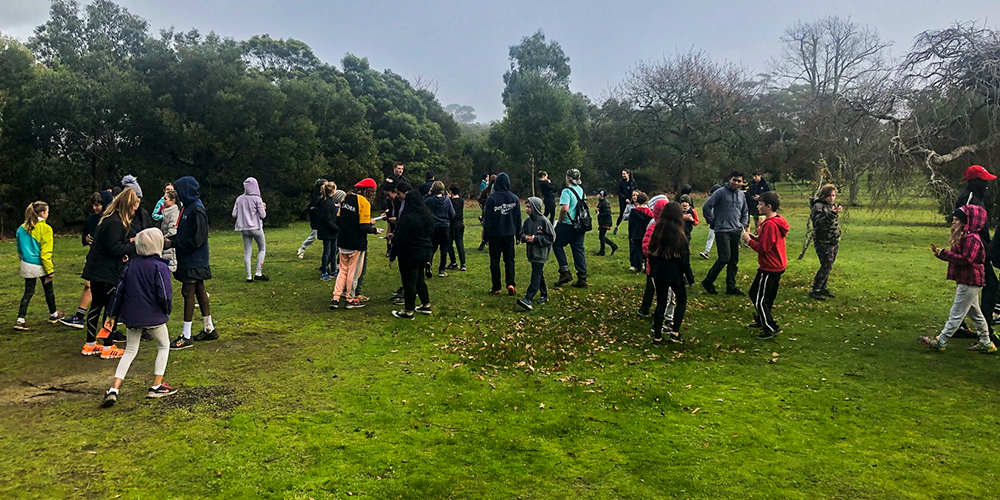 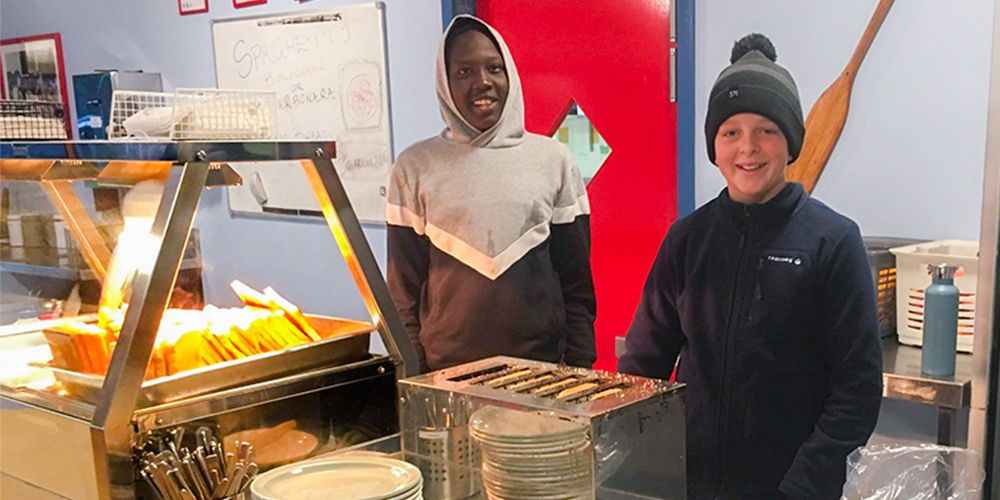 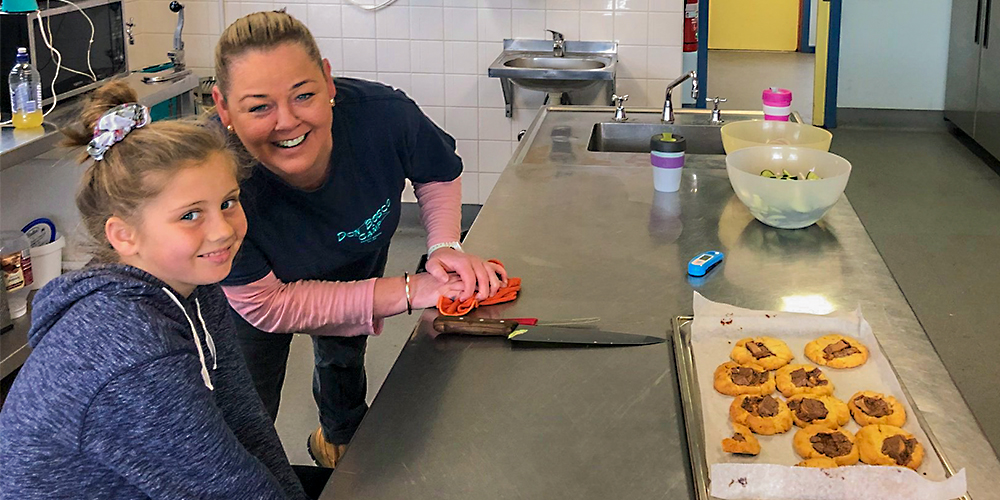 But the extra-clever ones that go to help Suize, sometimes they might even score an extra snack or two...!!! 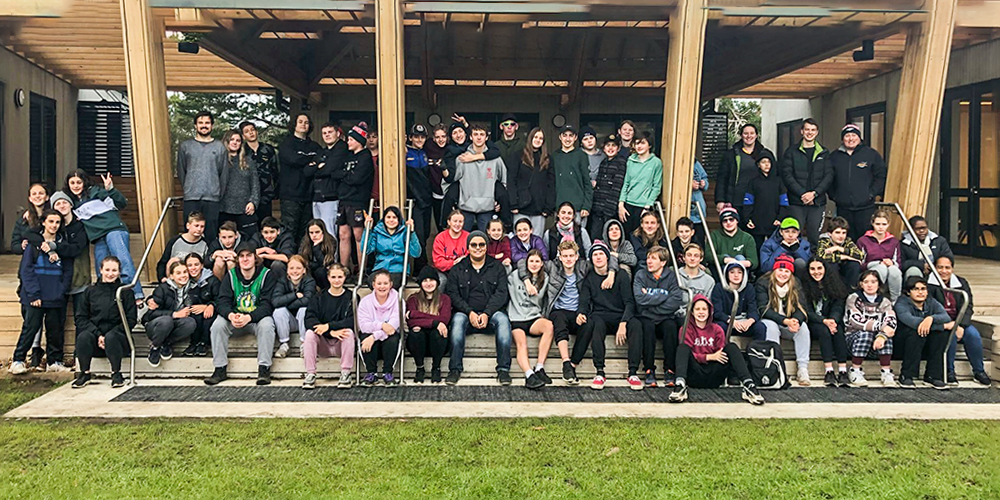 The whole of the senior camp gathered for a photo 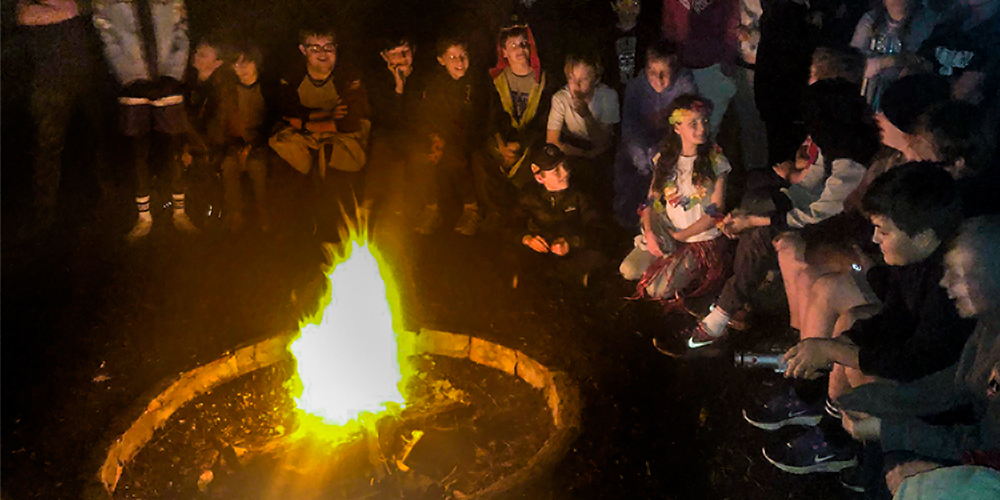 And finally, what camp is complete without the warmth of friends around a campfire?!