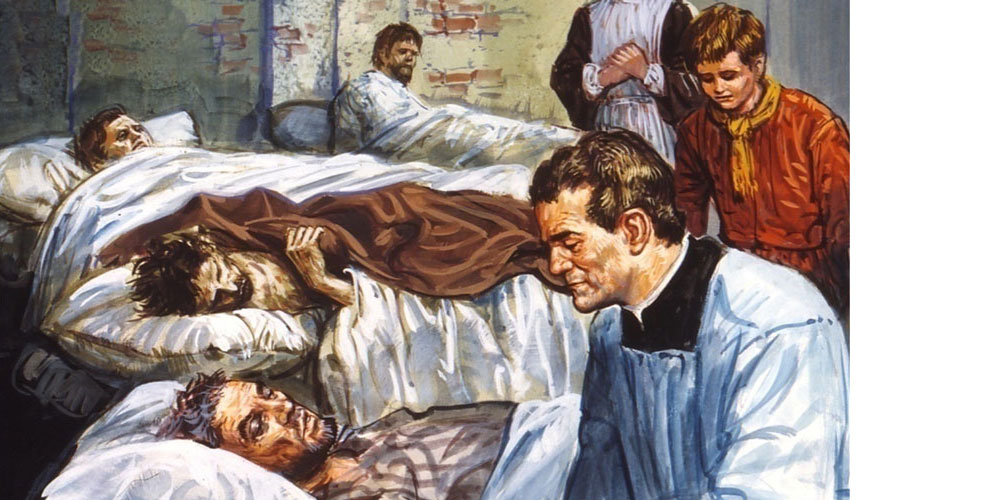 Don Bosco is so well-known to us for so many incredible things, it’s no surprise that certain parts of his story fade into the background. One such chapter is when the deadly Cholera pandemic swept through Europe.

Cholera is a highly infectious disease of the small intestine with a very high mortality rate. In the summer of 1854, a pandemic broke out in the Italian port city of Genoa, only a few hours from Turin. This created a sense of panic across all of northern Italy, and various cities begun to go into state of emergencies and started lockdowns, yet the disease still managed to spread. Sound familiar?!?!

When the disease made its way to Turin, the source was within the working district, very near to Don Bosco’s oratory in Valdocco. Don Bosco took the advice of medical practitioners and immediately brought about changes around the place.

All areas were to be regularly cleaned with vinegar, a known disinfectant. The beds were rearranged in the dormitories to allow for more space between them. All of his boys were instructed to regularly wash their hands.

The disease swept through Turin and hit harder than expected, overwhelming health workers in the city. The Turinese government launched an appeal for any willing volunteers to act as first aiders, to assist the sick. It won’t surprise anyone to learn that Don Bosco volunteered his services! When he announced this to his older pupils, 14 offered to join him. The next day, another 30 volunteered. 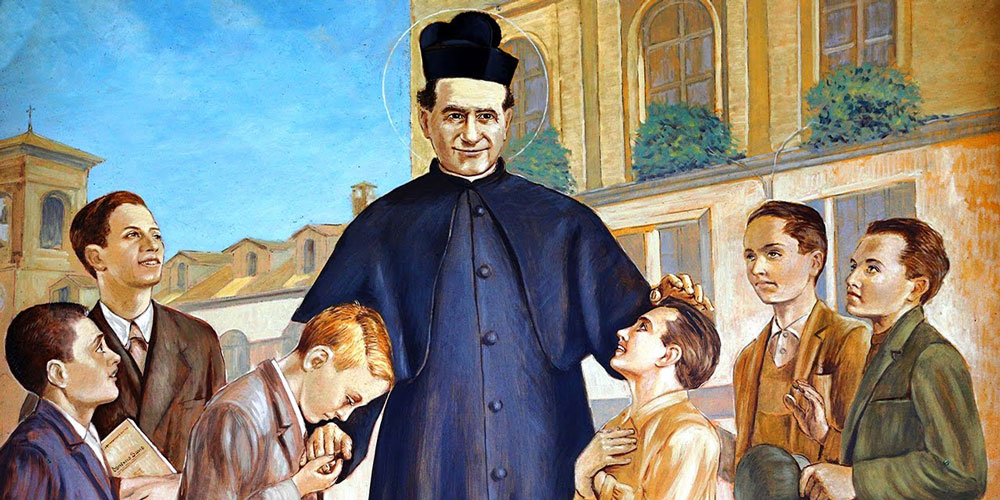 Such was the affection for Don Bosco that even in the face of a terrifying disease, his pupils volunteered themselves to join him in service to others.

Treating Cholera is very difficult, disgusting work. It has a rapid onset, where symptoms can be on display within just a few hours of picking up the disease; and vomiting and diarrhea chief amongst these. Don Bosco and his volunteers split into three teams to carry out different tasks; supporting hospitals, visiting patients and searching the streets for people that had been abandoned.

Everyone wore masks and were equipped with bottles of vinegar, so that they could wash their hands before and after interacting with infectious people. When they ran out, they would immediately return to the oratory for a resupply. These brave volunteers also handed out fresh linen, as all old linen had to be burnt. Supplies grew so short that Mama Margaret stripped the cloth from the altars of the church to provide clean sheets for the sick!

There was one more set of instructions that Don Bosco issued his fellow first aiders – avoid sin, pray, and believe in Mary. As we know, Don Bosco had a profound belief in Mary, Help of Christians and entrusted everything to her. Don Bosco promised his pupils that if they maintained all of these instructions and kept up the proper hygiene protocols, not one of them would get sick. 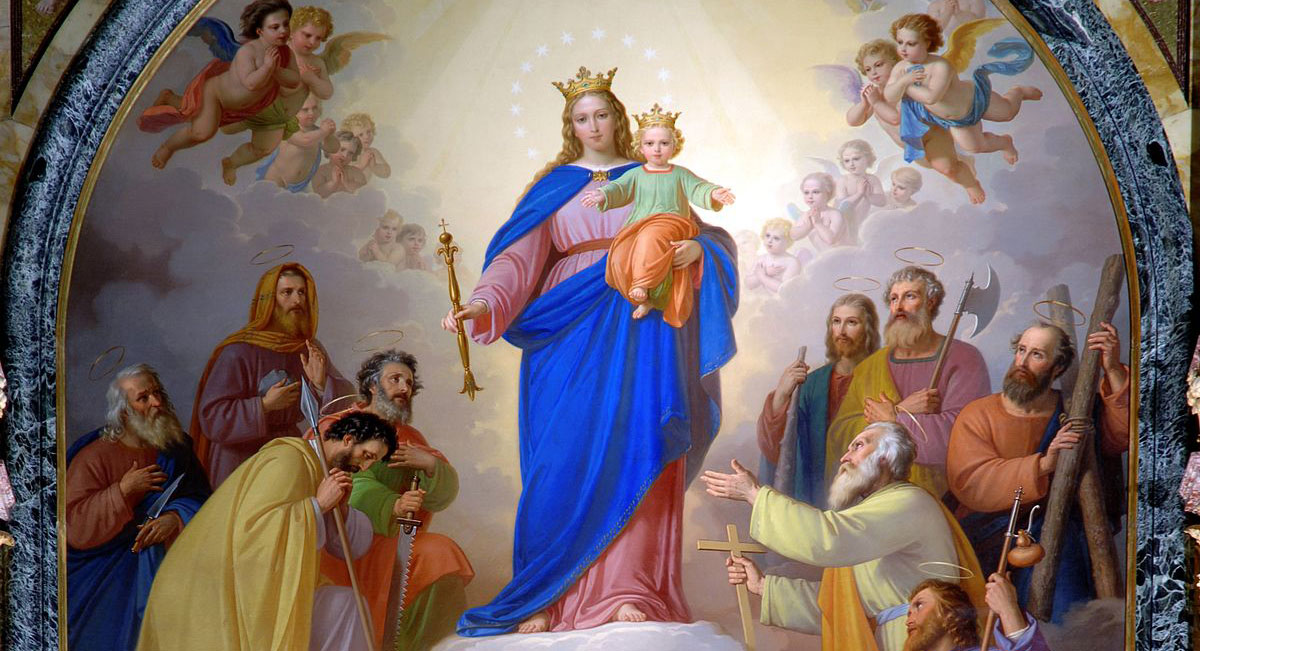 Mary, Help of Christians as displayed in a beautiful mural at the basillica Don Bosco dedicated to her in Turin. She is also the patron saint of Australia!

Naturally, Don Bosco’s concern was just not for his immediate community. Indeed, as rumours of the outbreak first begun swirl, he wrote the following letter which was circulated to all rectors of Salesian communities.

In various cities and towns, not only in France but also in Italy, a number of cases of cholera have already been confirmed, as you will know through the newspapers. In this period of danger I judge it opportune to send out some advice to all our Houses and I recommend that our wise Rectors to let all their dependants know of these.

In the first place I recommend for as long as the cholera lasts we offer Benediction of the Blessed Sacrament in all our churches daily, and making it possible too for our day students to attend, where the church is open to the public.

Secondly, I recommend that both Salesians and other members of staff take the precautions suggested by Christian prudence to avoid this fatal disease.

Thirdly and especially, where there is the need, let us offer our services to our neighbour inasmuch as our circumstances allow us to, helping the sick, providing spiritual help, and also taking into our Hospices youngsters who have been orphaned or abandoned as a result of this plague. In this case however, it would also be wise to hear the opinion of the local health Commission to ensure there is no danger in passing on the disease to others in the house.

In letting you know the above I also pray that you may receive every heavenly blessing, and I pass on my warmest greetings to you and all my dear children.

Your most affectionate friend,

P.S. The request to accept poor boys orphaned by the cholera into our Hospices can be made to local authorities like the Mayor and Prefect or Under-Prefect. 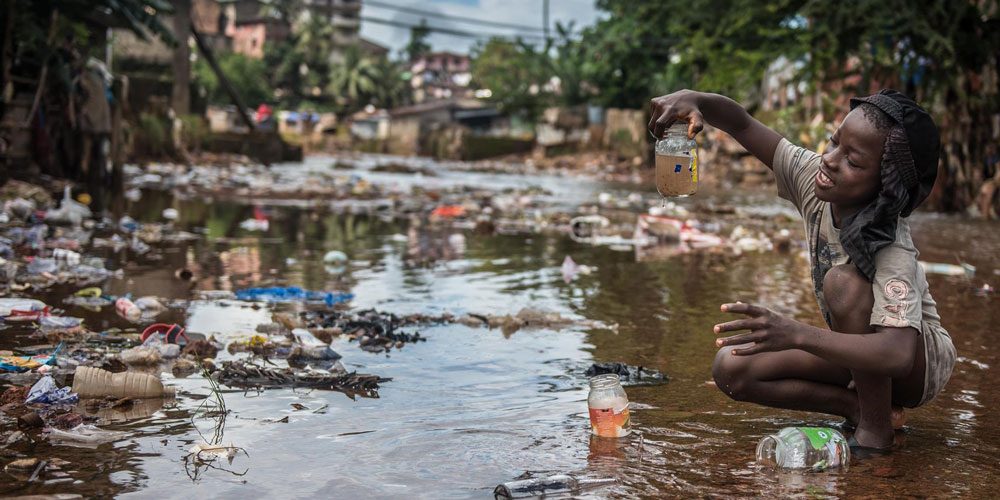 Cholera is still an extremely deadly disease today, mostly in places where access to clean drinking water is limited.

Two months of hard, tiring, disgusting work passed and with it, so did the worst of the Cholera outbreak. Don Bosco’s promise to his students was fulfilled – not one of them had become sick.

It almost seems providential then, that as we come to the passing of the worst of COVID-19 and the easing of restrictions, we also enter May, the month of Mary. Don Bosco taught his pupil’s how to care for themselves both physically and spiritually; a lesson we too would do well to remember. Don Bosco truly was a man ahead of his time; two hundred years on and we are still discovering ways that he his guidance applies!

Don Bosco himself followed the longstanding Church tradition of praying the rosary, and highly recommended it to all. The strength of the rosary is that it is something tangible, with a clear structure and it isn't particularly hard to do, only requiring a small sacrifice of our time for such an assured amount of consolation in return. If we would like to increase the trust we have in Mary's help, praying the Rosary is the easiest and surest way to do this! 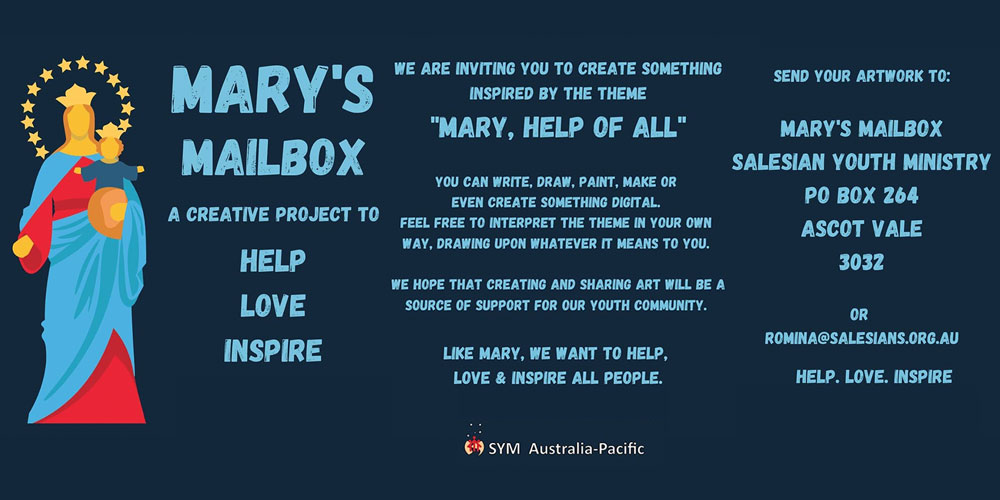 During Mary's month of May, Salesian Youth Ministry is inviting you to take part in an arts and crafts challenge dedicated to Mary!