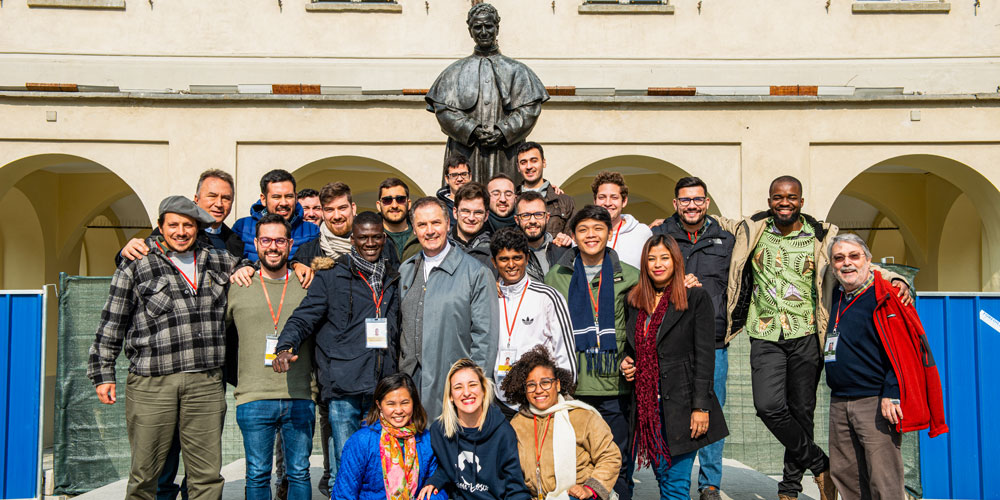 Young People Are Our Reason for Being

Along the course of my life I have met many adults for whom young people are but a segment of the population of whom you must be wary, on the alert, and on your guard.

Believe me when I tell you that this is a more commonplace view than you might think. Could this kind of reasoning possibly be due to insecurity, fear, or stem from a mentality that is very different ...?

On the other hand, I have always thought to myself - and I now repeat it to myself after the close of our recent General Chapter XXVIII in Valdocco-Turin (in the very places where our Don Bosco lived with his boys) - that young people are our raison d’être. Just as was the case with Don Bosco and his 'birichini' - his cheeky young people, the young make us better, help us expand our hearts, make us more generous, and lead us to regard life with hope and a with smile on our face.

I truly believe this is so. If there should be a Salesian educator, whether consecrated or lay, who does not feel this, then he or she is simply someone who is a mere “worker” earning a living in the field of education but not living the ‘art of education’ with a passion.

There were 16 young people from five continents who accompanied us on our journey at the General Chapter. These young adults were between the ages of 25 and 30. As soon as they arrived, they connected with each other and with us in a wonderful manner.

“We succeeded in having our hearts beat in unison" said one. "You have given us the opportunity to connect with you, Salesians, whom we want to be among us. You did this in your Salesian style. Stay with us, side-by-side, and allow us to be protagonists, too.”

Both they and we came to understand a number of things. One of them, which was very interesting to me was this: The young people told us that it was difficult for them to understand each other due not only to the diversity of languages (since not everyone present knew English, it could not be used as a bridge), but also because they found it very difficult to understand one another’s concepts, mentalities, customs, and values. And they were all young adults in the group! There was no generation gap among them!

When they were speaking with me about this, I said that I understood them and asked them to make the effort to understand the Salesians they know who live in Communities where there are people of different ages, nationalities, and mentalities. They told me that they had never thought of it that way but that now they would since they themselves had experienced this problem firsthand.

In other words, we came to the agreement that becoming Community and carrying out projects in common don’t just happen due to similarity and the same likes but, rather, through a free choice made to unite for the same cause, with similar values. The rest comes from effort and faith. 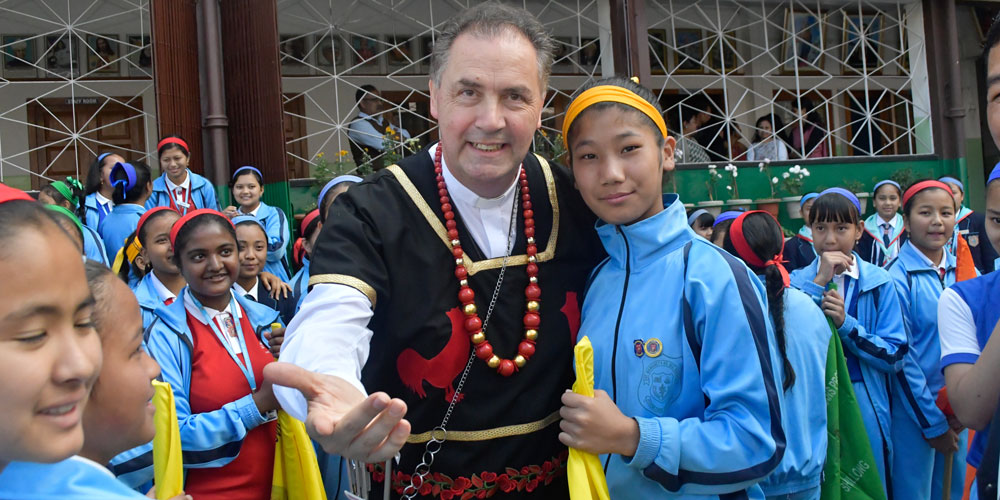 The Rector Major pictured alongside young people in India, earlier this year

Those same young people (both girls and boys) told us things that left us speechless. Perhaps they were things that we ourselves could have come up with, but when we heard them from their lips in that huge gathering, it had a shocking effect.

The young people told us that they love us, that they really love us as educators, and like friends, brothers, and parents, since, they added, the young people of today suffer from a great dearth of fatherly care and concern.

They asked us to be their companions on the road. They told us they don't need us to tell them what to do and what not to do. They don't want us to make things easy for them. What they don't need is for us to tell them how they have to think and live. But they do want us by their side even when they make mistakes. They asked us to accompany them along the path of life and to stay close to them as well while they go through the steps of making important decisions.

I was moved to hear them say, with tears in their eyes, that they needed us to show them that God loves them, that there is a God who is Love and who loves them unconditionally and that someone needs to keep repeating this over and over again to every young person in this world today.

We were left speechless. Yet again, the young people evangelized us.

It was one of my predecessors, the Rector Major Don Juan Edmundo Vecchi, who once wrote that "young people save us". So it is! The young save us from getting into a rut and from the kind of fatigue that no amount of sleep can fix. They save us from becoming comfortable, from living a life without hope and without faith. They ultimately save us from being mediocre people.

Dear young people, we Salesians of today's world tell you that we love you, that our life is for you, and that, just as it was for Don Bosco, “For you I study, for you I work, for you I live, and for you I am even willing to give my very life."