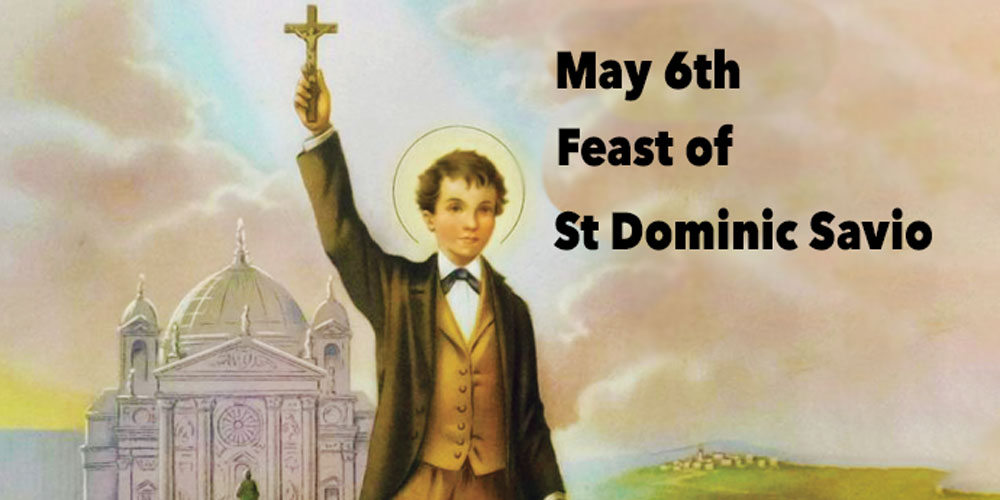 Today, May 6th is the Feast Day of St. Dominic Savio, one of the Catholic church's youngest saints and perhaps the most well known of Don Bosco’s students. He was from a poor working-class family and one of 10 children, so it was always a very busy and noisy life for him growing up!

Dominic quickly made a name for himself as a very clever young boy, with a strong sense of right and wrong, instilled in him by his dear mother. He was very loyal to Don Bosco and trusted the great priest’s guidance wholeheartedly. Don Bosco would often remind Dominic that he had to enjoy the life that was given to him – and that the surest way to becoming a saint would be “to do the ordinary things extraordinarily well”.

During his time at Don Bosco’s oratory, Dominic did his best to befriend every other boy there, always going out of his way to make everyone feel welcome and like they had a friend. He came to be seen as something of a role model around the place and was not afraid to call out the other young boys when they got up to mischief. 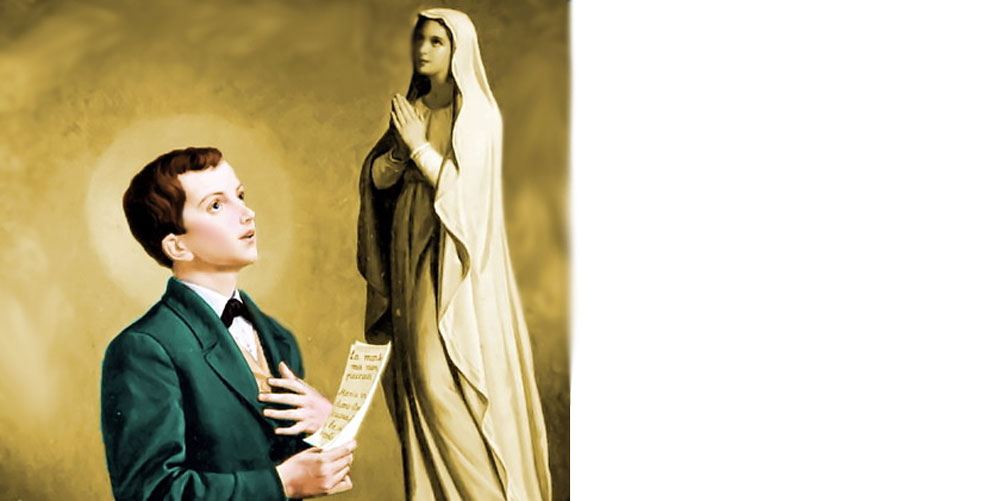 As strongly reccomended by Don Bosco, Dominic would often pray to Mary.

On one occasion, Dominic learned about a rock duel that was due to take place between two of his fellow pupils. This was a common way young thugs and street gangs settled arguments; stones would be hurled until one (or both) gave up or was too injured to continue. One boy had insulted another’s family, and the situation escalated until the only way they could think of settling the affair was to fight with stones at an empty lot about ten minutes' walk from the Oratory.

Dominic raced around the oratory trying to find the boys. When he caught up with each one, he begged them to stop but neither would; too much pride was on the line. He caught up with the boys and tried to talk them out of it. They would not hear of it. Dominic followed them to the place where the fight was to take place.

Dominic pleaded "You must stop this. It is not right!"

"You can’t stop us" one of the boys retorted. "Not until I split his head wide open” the other added.

"I know I cannot stop the fight and I will not fight you" Dominic shot back, "but I am asking you to accept one condition." "And what’s that? One of the boys asked sceptically.

By now they had arrived at the field and the two boys were facing one another, 5 metres apart rocks in hand and plenty more at their feet. Dominic stepped between them. One of the two shouted, "Dominic, what are you doing?"

"Do you promise you will fight under the condition I will set up?"

Yes, now get out of the way” agreed one of the boys. The other, who’s family had been insulted, was growing impatient. "Let’s get this over with. What’s the condition?"

Taking out a small crucifix, which he used to wear around his neck, Dominic held it in his hand. "Before you start the fight you must throw the first stone at me." He faced the angrier of the two boys and challenged him saying "Go on! You first!"

Shocked, the boy began to tremble. "No!" he protested. "Never! I have no argument with you, Dominic." Dominic turned to face the other boy. He too was astonished and assured Dominic he was his friend and would do him no harm.

Looking at them, voice swelling with passion he said "Neither of you will hurt me because I am your friend, yet you will cripple each other over a stupid remark made at school. Christ died for us rather than seek revenge from those who spoke much worse of him"

With nothing further to add, Dominic fell silent. Neither boy spoke. Then, ashamed at their poor behaviour, they dropped their stones and slinked away back towards the oratory.

When Don Bosco caught wind of this whole ordeal, he conducted his own interviews with all three to uncover what had happened. "At that moment," one of them admitted, "all my determination broke down and a cold chill ran through me. I couldn’t believe I forced a good friend like Dominic to go to such lengths to keep us from hurting each other. I forgave the boy who had insulted me and asked Dominic to help me become more like him”

Dominic, no more than 13 years old, was a peacemaker who led by example amongst his peers. Dominic is remembered and revered by the Salesian Family for his commitment to what is right, regardless of what nasty repercussions may come his way. Dominic is a source of inspiratoin still today for any who see injustice in the world and are unsure how to react to it. 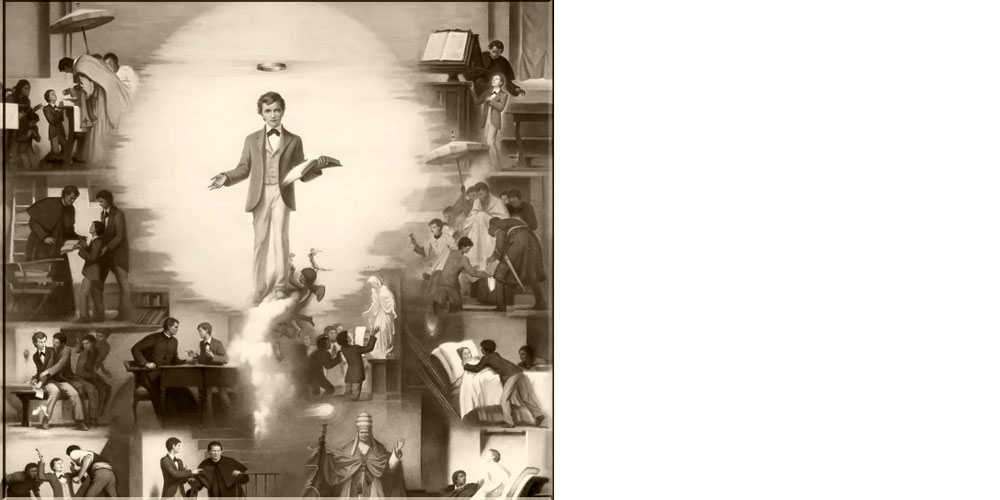 A snapshot of some of the key moments in Dominic's life.