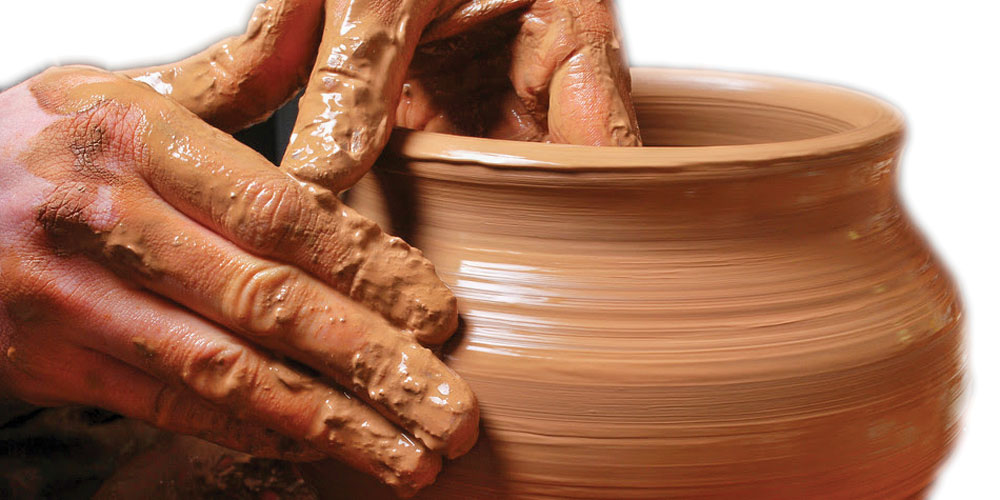 My God has Clay Upon his Hands

The poet Hilaire Belloc was attracted to the apocryphal gospel of James which contained many imaginative stories of the young boy Jesus at Nazareth and to which he lent his poetic skills:


When Jesus Christ was four years old,
The angels brought gifts of gold,
Which no man ever had bought or sold.
And yet with these he would not play,
He made Him small fowl out of clay,
And blessed them till they flew away.

Amusing as this story may be, I have often wondered about God’s fondness for clay and water as if these elements were somehow challenging to the divine creativity. When boyhood play gave way to priestly ministry along the dusty roads of Palestine, Jesus still used clay and water as agents of new life and grace. Did he not spit upon the ground and make a paste, a detestable action in our eyes, and then use it as a way of giving faith and sight to a blind beggar? Did he not stoop to write upon the same clay with his fingers to expose the hypocrisy of the too-eager seekers of vengeance upon the poor woman caught in the act of adultery?

His favourite drawing board, the Earth, became the means to grant the woman forgiveness and freedom from the law. Jesus was faithful to an old divine habit when he moulded clay, breathed life into it, fashioning it to his own image and likeness. Male and female he made them and then, like that young boy still in Nazareth, he blessed them and pronounced them holy.

Resurrection comes in many forms, but the Divine has a preoccupation with resurrection for things which we humans deem low, inferior and useless. The lowly, the rejected ones, those whom society judges to be of little benefit or burdensome are treasured by God; his handiwork in living clay is resurrected and recycled into the beautiful and the wonderful.

Sinners find forgiveness, the poor a kingdom. Nor are the handicapped, the crippled and the lame, left out of His power to make them beautiful. Such resurrections “make the human heart so capable of great and beautiful things” says the Rector Major of the Salesians. 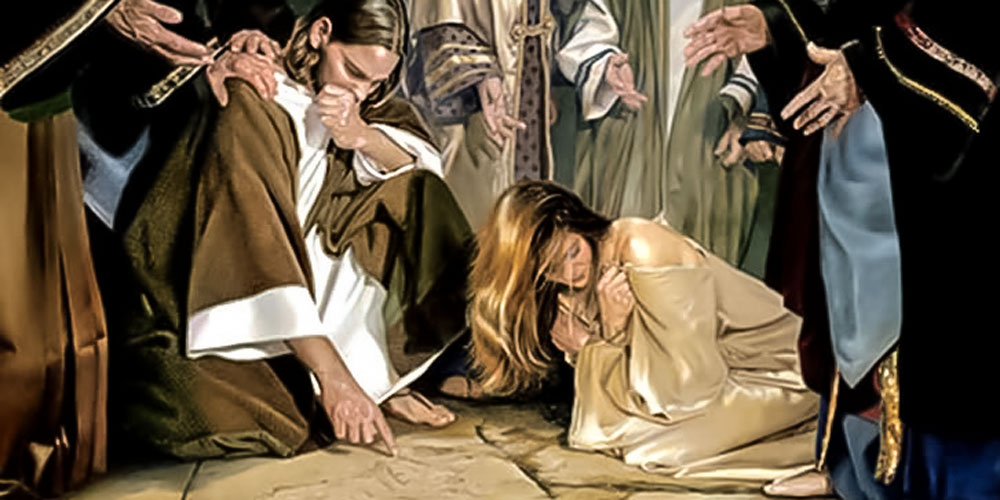 This iconic reading from John 8:6-7 highlights Jesus' compassion for those deemed sinners and lowly by society

I know such a person who, although stricken with a disease which has left her only the use of neck muscles and one hand, has enriched the lives of many. Cheerful and optimistic, she returns a hundredfold the love shown to her over 25 years by a sharpened sensitivity to the needs of others.

Listening to her, watching her and being present with her, one realises that she has become totally liberated from her affliction. She has done so by continually collecting money for needy persons, “the poor people who need our help”.

This re-fashioning and resurrection by God of those we consider to be useless, transforms not only those who co-operate with him but also those who behold such wonders. Rebecca Propst, a clinical and social psychologist who had drifted away from religious belief, writes:

“Have I actually ever seen God? I would say I have. It happened while I was on my clinical internship. I was working with a young adolescent patient who was accidentally transferred to a back ward of regressed schizophrenics. One day as I went to visit her, I saw a small nun attending to the patients who were there. She very lovingly picked them up, fed them and changed their diapers. The patients were in advanced catatonic states and not capable in any way of acknowledging her care. She continued the care, however, as if every patient was Jesus himself. I left the unit quite stunned. Any doubt in my mind before going into the unit that there was a holy presence in the universe was no longer there when I left the unit.”

Of such, only is the human heart capable! This word came to Jeremiah from the Lord:

Whenever the object of clay, which he was making, turned out badly in his hands, he tried again, making of the clay another pleasing object. Then the Lord said “Can I not do the same to you as this potter has done? Like the clay in the hands of this potter so you are in my hands.”

What a consolation to know, as the world experiences untold sufferings, our God, with clay upon his hands, can refashion us and ennoble our hearts to great and beautiful things!

This editorial originally appeared in the Winter 2021 edition of the Salesian Bulletin, which is Available now!