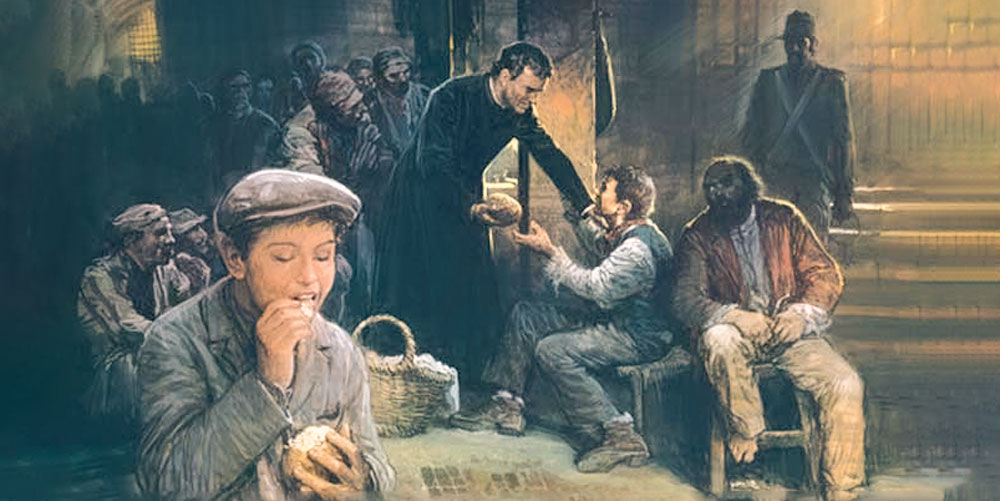 "The charity and kindness of St Francis de Sales will guide me in everything” was one of Don Bosco’s resolutions before his priestly ordination; he had found in Francis a model for every aspect of his life.

The charity and kindness that St Francis de Sales showed throughout his life had a compelling impact on Don Bosco, who resolved to solve problems “Not by blows” after the dream he had when he was just nine years old. 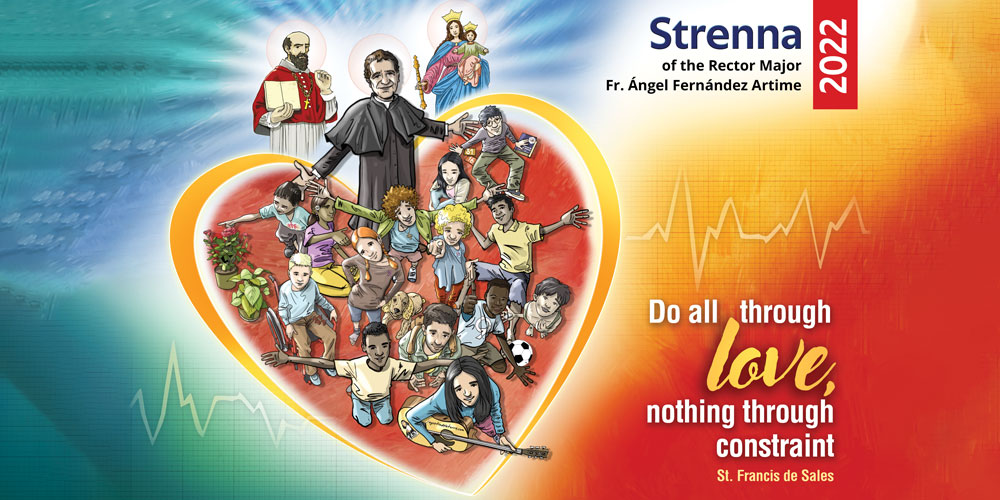 Francis was bishop at a time of wide-spread lukewarm faith and soon found himself caught up in the Catholic counter-reformation movement. He chose to serve with the life of the heart, rather than relying on the authority of constraint to face these struggles and, in doing so, he was contemplating and living God’s attitude. “Like a good father holding his son by the hand, God will adapt his steps to yours and will be happy not to walk faster than you” wrote Francis.

For the humanist St Francis de Sales, freedom is the individual’s most precious gift and the Incarnation affirms this dignity. This greatness of the human being, the human being’s value as an individual, is manifested in the freedom that makes the human being responsible.

Freedom is the most important part because it is the life of the heart. It has so much value and dignity that God himself, who gave it to us, does not demand it by force, and when he asks us for it, he wants us to give it to him with sincerity and willingness.

God’s intervention, his grace, never takes place without our consent. He acts forcefully, but never to oblige or constrain, instead to attract the heart out of love for our freedom, instead of in violation of it.

God, as Francis de Sales used say, draws us to himself through his kind initiative, at times as a vocation or call, at times as the voice of a friend, as an inspiration or invitation. God never imposes himself: he knocks at our door and waits for us to open it.

Don Bosco made it his life mission to follow the way of the heart. He accepted the poorest and most disadvantaged youngsters, accompanying them in their lives and education. His implementation of pastoral zeal and commitment to the full development of his boys was carried without coercion, without imposition.

Don Bosco relied on the youngster’s acceptance of his proposal to enter into a relationship of friendship; it was vital that the young person knew in his heart that he was loved and cared for.

Human freedom will always be a value to safeguard, even if complications may arise from other important values such as faith, justice and truth. It is not possible to educate without sacred respect for an individual’s freedom – indeed, where freedom of an individual is not respected, God is absent. St Francis de Sales points out that God reaches out to us with love in the way that most conforms to our nature.

"The band of the human will is delight and pleasure… mark then, how the Eternal Father draws us in: while teaching, he delights us, not imposing on us any necessity. So sweet is God’s hand in the handling of our hearts! So dexterous is it in communicating unto us its strength without depriving us of liberty, and in imparting unto us the motion of its power without hindering that of our will!

Jesus said to the Samaritan woman, “If you knew the gift of God and who it is that asks you for a drink, you would have asked him and he would have given you living water”.

As Francis de Sales writes, God attracts like a sweet perfume. The union of human freedom and God's attraction occurs gently. The strength of God’s attraction, powerful but not violent, lies in the sweetness of his attraction. We understand that God respects human freedom and at the same time wants our good and offers us so many signs of his love. 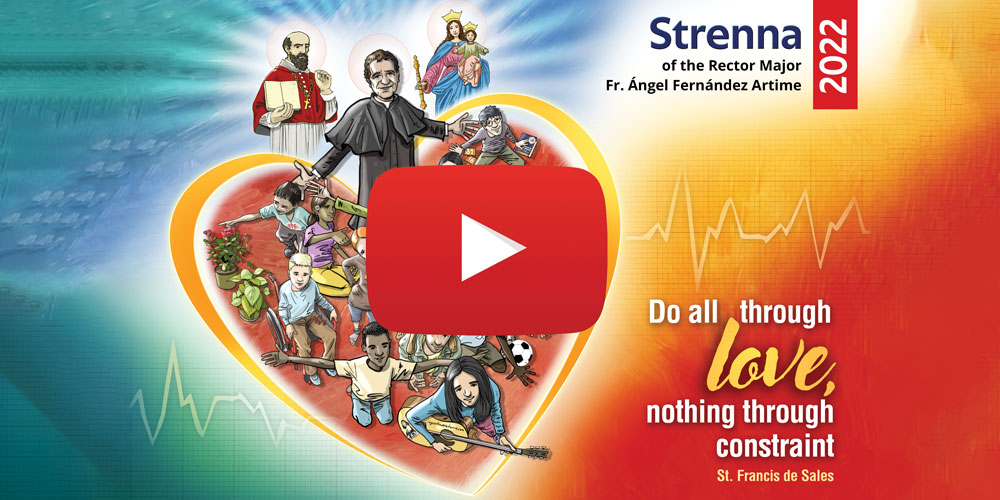 The Rector Major's video presentation of the Strenna for 2022

Love vanishes if it seeks to impose or demand, and herein lies the intensity with which Francis de Sales presents the positive image of a loving God who offers his friendship, who gives of his goods, and who leaves us room in freedom to reciprocate it through communication with him.

This is also instructive for us regarding the care and respect for each individual’s religious freedom. Francis de Sales held a friendly presence among non-Catholics, a presence that was a form of evangelisation through witness, a presence that at times must be calm, respectful and even silent.

This is a perfectly valid approach, since it is based on the principle of non-violence and more importantly displays a profound respect for people's freedom.

We identify very much with this mode of presence that St Francis de Sales was already practising in conflict zones due to the religious wars of his time, offering a prophetic testimony of patience and perseverance with a style focused on Christ’s cross and Mary’s motherly intercession.

Our presence as a Salesian Family in so many parts of the world demands that we make the choice of this kind of presence.Certainly, exploring the legacy of Francis de Sales and seeking to apply his spirituality to the very real situations of our time will be the best way to grow in “Salesianity”.