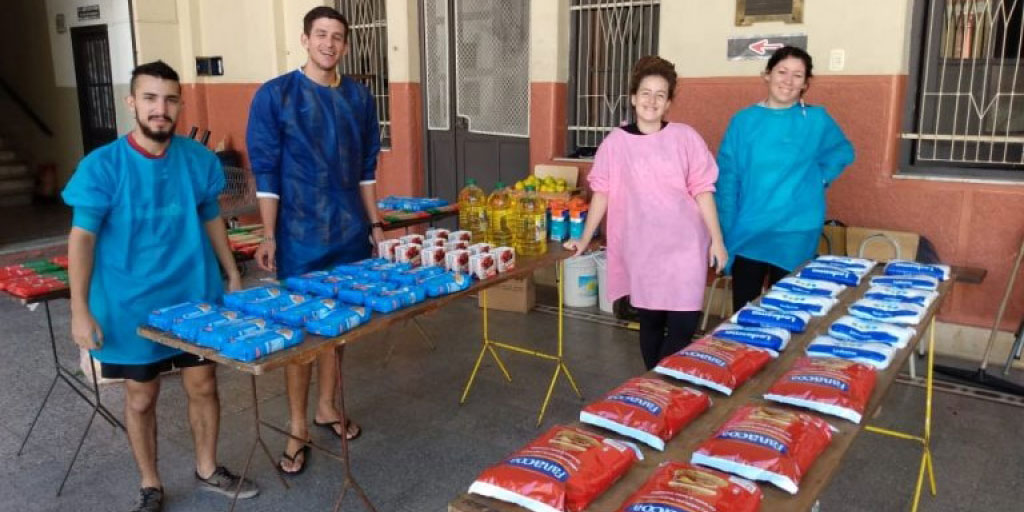 As Fr George Menamparampil, SDB, World Coordinator of the Covid-19 Emergency of the Salesian Congregation, wrote a few days ago: “The needs are enormous, but miracles are visible.”

Faced with an unexpected scenario, the Salesian House "San José" of Rosario de Santa Fe had to look for new ways to meet those in need, thus becoming one of the many Salesian works that in the Province of Northern Argentina, as in all the world, are putting into practice the commandment of love described in the Gospel.

It has opened its doors and made available its resources, its technology, its knowledge, to show solidarity with the most affected people.

In the Casa Oratorio, in Santiago del Estero, the young volunteers focus on families who depend on what they earn every day, doing small jobs or working on the street, in informal and precarious work situations.

Using the contributions received from various institutions, boxes with food and educational materials were prepared for the families of the most vulnerable boys and girls who attend the center.

Volunteers work to sort out donated goods, preparing them for distrubution

In the Salesian house dedicated to Saint Anthony of Padua, Cordoba, the role of young people is central, where the youths of the Salesian Youth Movement accompany families on a daily basis.

The animators intensify the virtual accompaniment of the children and young people of the San Vicente and Müller neighborhoods. At the same time, they started to "weave networks" with institutions to get to know the situation of the locals and young people went to give needy families bags of food and cleaning products.

In the “Don Bosco” house in San Nicolás, the young people of the Salesian Youth Movement collected food and cleaning products to be distributed to families in three of the city's poor neighborhoods. “We all agreed that we couldn't just stand back and watch such a situation, and so we decided to start the campaign,” said one of the committed youngsters.

As Pope Francis says: “Here we cry and suffer. We can only get out of this situation together, as a united humanity.” The Salesians in Argentina, as in many countries, contribute with their presence and activity.

Pope Francis has constantly urged young people “to cultivate and bear witness to the hope, generosity and solidarity that we all need in this difficult time.” This is what the young people of Argentina who have put aside the fear of the virus and have thrown themselves into solidarity are doing.