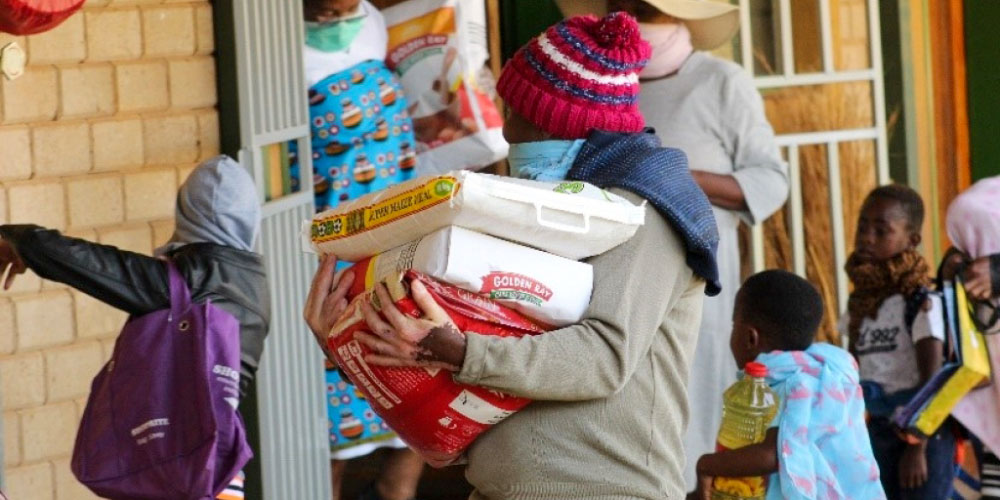 COVID-19’s effects continue to shock countries all around the world. South Africa’s President Cyril Ramaphosa declared a state of emergency in response to the pandemic, which meant that the Salesians in South Africa had to rapidly adjust the ways they help people in need.

An extensive awareness-raising has been carried out to educate people on the effects of the virus and instruct people on how to help contain its spread. This has been done by a combined strategy of using social networks, phone calls and texts.

This program was carried out by multiple groups across the province, operating from their own locations. The team at the "Salesian Life Choices" program, situated in Cape Town, alone telephoned about 900 people, sent messages to another 800, and reached over 50,000 users via Facebook!

To support people who were practicing social distancing, support programs were also adjusted. Psychological counselling sessions for adults and young people, professional orientation sessions for teenagers and job search advice were offered, following best practice methods to ensure people’s safety. Salesian Life Choices were also about to deliver 220 vouchers for the purchase of food and other necessities to needy families, each worth 800 Rand (about $68 AUD).

Leaders of the Salesian Youth Institute Projects in Lansdowne, Cape Town were supported by several NGOs, which enabled them to offer 171 beneficiaries from 27 different communities around the city with weekly packs of food. These packs were personally directed by 16 SYIP volunteers, who made sure that the food parcels reached the right families.

The Salesian coadjutor brother Clarence Watts works in Ennerdale, a suburb of Johannesburg. He recently was involved in a food delivery and was very moved with what happened:

“The families were contacted to inform them to come to the school with their children who attend Laura Vicuna, to collect a parcel of food. By the time we arrived at the school, the large crowd of people were standing in lines on the open land, across from Don Bosco Educational Projects. They had arrived early in the morning and were anxious to receive help.”

""The necessary screening was done as they entered the Centre and they were divided into the classes of the children. When they arrived at the classroom and saw what they were going to receive, they were amazed. There were tears of joy in their eyes and their faces sparkled with relief. They could not thank us enough for the food supplies. They even danced with joy.”

“They have sent messages to say how much they appreciate this tremendous help and that they could now feed their families for a while. Their gratitude was great. Some came with a pram and some with a wheelbarrow. Others carried the parcels, on their heads or by hand. The children from the Sancta Maria Pre School received something when we celebrated the feast of Mary Help of Christians. We have been promised more help for food parcels, that will be distributed at a later stage.”

“ We thank God for the great response we received and pray for the generous donors who have given so much to touch the hearts of the most vulnerable. What a joy it is for them to now have a meal, due to the kindness of those who have made it possible. There are no words to express our gratitude, on behalf of the poorest of the poor!”