Since the morning hours of February 1, 2021 the political situation in Myanmar has been making headlines all around the Globe. Many Salesian Family members from the other 22 countries of the East Asia-Oceania region and beyond have been asking: 'How is situation in our seven Salesian communities on the ground there?"

Our confreres in Myanmar were still able to communicate with one another and the outside worldvia the internet during the day (Feb 1) "So far, things are quite OK, and people are calm, thanks for your support and prayers said one Salesian. “Yes, we are challenged but moved by Hope, thanks to the Strenna 2021."

Some communities are putting their Eucharist adoration online, and others have put out requests for prayers online. This is one such message that we received on the evening of Feb 1( we have removed the identity to protect all individuals):

"The first day of the military coup is almost finished! There were no significant events in the City of Yangon (the largest city in Myanmar). Hundreds of people gathered in the city centre to approve of the coup. No supporters of Aung San Suu Kyi came out on the streets, following her wishes to avoid any deadly clashes and other violence. People remained in their home only. So far, no bloodshed nor violence anywhere in the country. We do not see soldiers in the city nor showing of power like tanks, and trucks parading through the streets”.

“Even though all phone connections were off till 3PM. But we were able communicate through the internet. The situation is not the same from one region to another. We heard that the traffic to and from our northern city of Myitkyina (the most distant community from Yangon) is not possible. Also, today it was announced that all flights and the airports are also closed until May 31 and the express road from Yangon to Mandalay ( near SDB provincial house) is closed.”

“So far, all our communities are functioning as usual. We have to keep ourselves ready for more challenges." 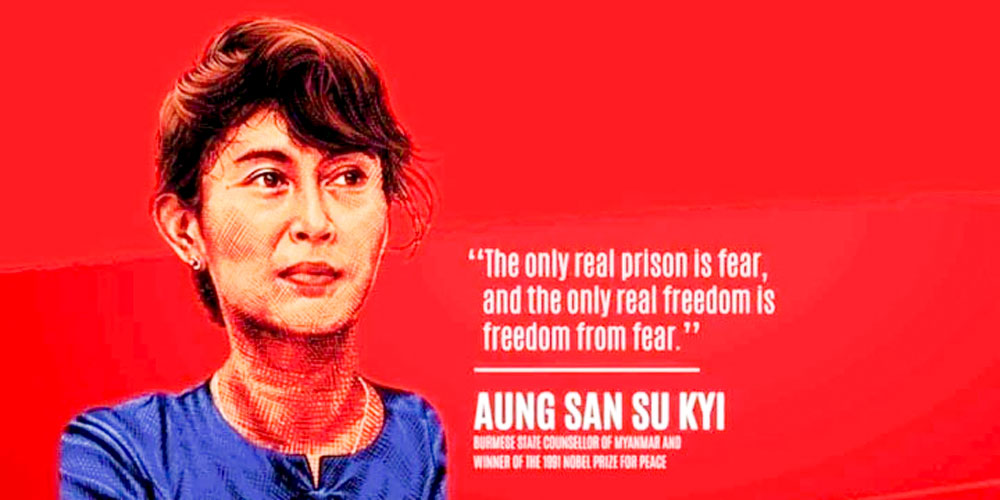 Despite her great popularity among the people of Myanmar, Aung San Suu Kyi was deposed and arrested by the military.

Our fellow Salesians in Myanmar are staying brave, despite living in an extremly unpredictable situation and they also keep a fresh memory of the past 50 years of military rule:

"There are rumors that the internet connections will be turned off soon. If it is true, Myanmar will be once again outside the planet Earth. We will not be able to see or hear each other... We will be in constant anxiety like before... But we are not giving up: We love freedom and respect the dignity of a human person. And the real freedom is, as our leader said, "the freedom from fear!"

“The true courage is the courage to suffer and not to cause pain to others...As darkness hovers over the sky of our Nation we will keep the flames of hope alive...We believe that for us to see the Sun and it's shining rays once again!"

The Salesians of Don Bosco have been in Burma - Myanmar since 1939. At present there are 7 Salesian educational presences in Yangon, Mandalay, Myitkyina, Anisakan, Pyin Oo Lwin, Thibaw and Kalay Myo. The vice-province of Mary Help of Christians (MYM) has 60 confreres with 3 novices, not counting the two SDB bishops (Lashio diocese and Yangon archdiocese).

This story originally appeared in BoscoLink