Rich and poor alike are begging for food

It is more than 4 months since war broke out in the Tigray region of Ethiopia. For the most part, there has been total silence coming from the country regarding the whole issue but finally, many front-line media agencies have started reporting about the terrible situation that the people find themselves in.

Fighting has ravaged northern Ethiopia since early November when the government opened a military attack against the ruling faction in the region of Tigray. They claimed that the attack was in response to the regional force’s attack on the northern division of the national army.

Whatever the case may be, the conflict has caused thousands of deaths and widespread destruction, displacing over 2 million people, and sending tens of thousands of refugees into neighbouring Sudan. 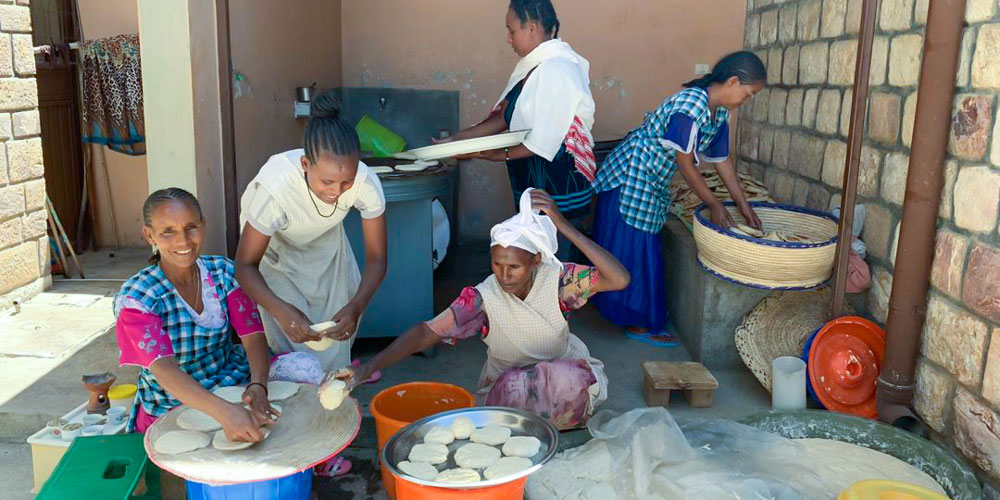 Even the most basic of necessities such as bread has become so hard to find for both rich and poor alike.

The Salesians of Don Bosco have four centres in the region, at (Makelle, Adigrat, Adwa and Shire) are resolutely serving the people with great joy and love. Even though the internet network has still not been re-established, some telephone conversations with Salesians in the region have come through and their stories are extremely heart-breaking - these are the words from the Salesian compound in Adwa

“We are grateful to God for all the graces, blessings, courage and strength that He is bestowing upon us to make our journey in this challenging and difficult times that we are facing in Adwa. Since the war broke out many people have lost their lives, lost properties, many are homeless and thousands of people have been trying to flee the bombing and shooting, becoming refugees or internally displaced people. Rich and poor are at our gate every day, begging for food in order to survive.

That evening of 20th November 2020 (the day on which conflict reached Adwa) many dead bodies were lying on the streets and many wounded people tried to escape the war. These months were dark moments as for more than 2 months the people did not have food, water, electricity, networks, etc. We thank God that we have the bore well in our compound that is able to receive thousands of people, coming and taking water every day since early morning by running the generator.

Just last week on 3rd March 2021, we visited several internally displaced people who have escaped from faraway places called Setit Humera, Kafta Humera, Mereb, Segede woreda and so on, to us here at Adwa town. Together with MC sisters and FMA sisters, we have managed to visit 5 centres that are hosting the displaced people and we have given immediate help those in need.

Additionally The MC sisters, FMA and SDBs are working together and baking bread to provide for the displaced people, from 2,200 to 2,600 loaves of bread every day. We are also providing to the centre for displaced people, non-food items so that they may have enough access to the basic needs of a human being for a decent living." 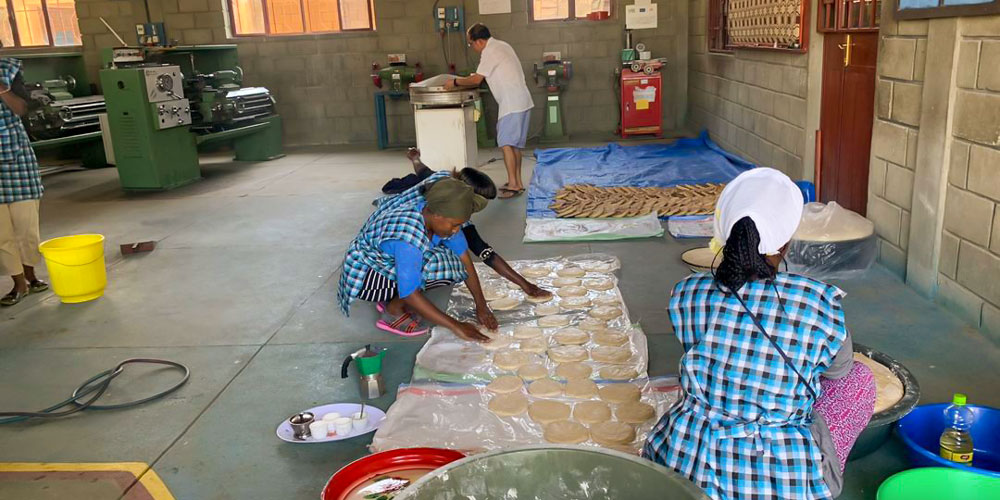 This workshop has temporarily become a site for breadmaking, to help meet the extreme demand for food.

The war has created an immense humanitarian crisis, with 4.5 million people — most of Tigray’s population — in urgent need of assistance, United Nations and local officials say. The turmoil is spilling over Ethiopia’s borders into Eritrea and Sudan in a manner that could destabilize the entire Horn of Africa region. The war has also had the side effect of further deepening ethnic tensions amongst the population

Salesian Missions is committed to aiding the people of Ethiopia -but they need all the assistance they can get - are you able to help?