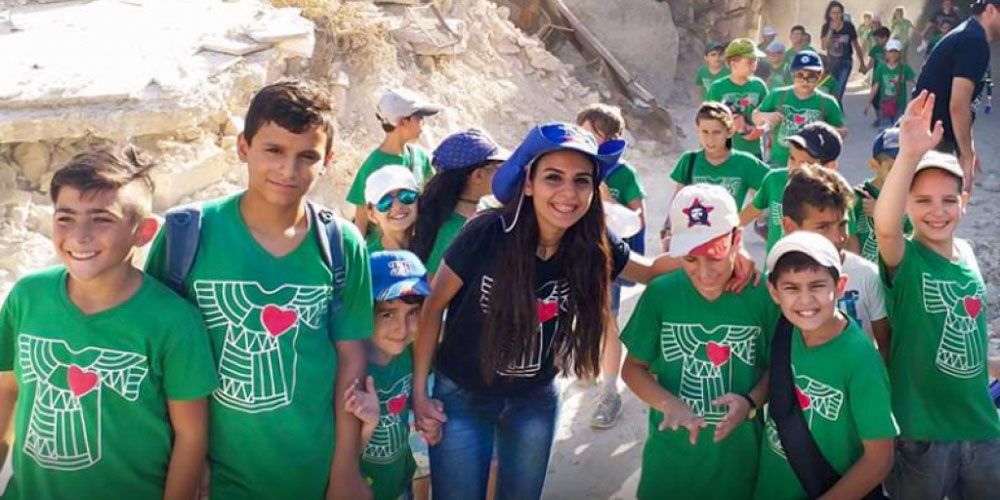 When the war first started it was generally thought that it would last just a matter of days or a maximum of a few weeks and that everything would soon return to normal. Now, 10 years have been passed since the start of hostilities and peace still has not arrived.

There are no more bombings in the big cities, as there were a few years ago, but the wake of destruction, death, injuries and displaced people is infinite. The Salesians, for their part, reinvent themselves constantly with a single goal in their minds and hearts: "Do not leave young people and their families alone".

This is a constant goal that they strive for, and often, they succeed. They have formed a large family of children, young people and adults around the figure of Don Bosco and these Salesian spaces are considered to be places of relative safety and security.

In these ten years there have been countless painful moments, infinite tradegies. after all, "In Syria, we all cry for a family member or a friend killed by bombs," says Fr Pier Jabloyan SDB. “However, hope has always been stronger than war, and the culture of peace has transformed the Salesian environments into oases.”

This family atmosphere has helped to unite the entire Christian community of Aleppo and Damascus, even in the worst of situations, and has multiplied the faith of young people and their families.

Currently, in Damascus there are 1,200 minors, adolescents, young people and even groups of adults active at the Salesian house; in Aleppo, there were up to 1,000 young people of different Christian confessions. The result was a large family that has helped each other, which has always been in touch with one another and that has strengthened its faith in the midst of difficulties. 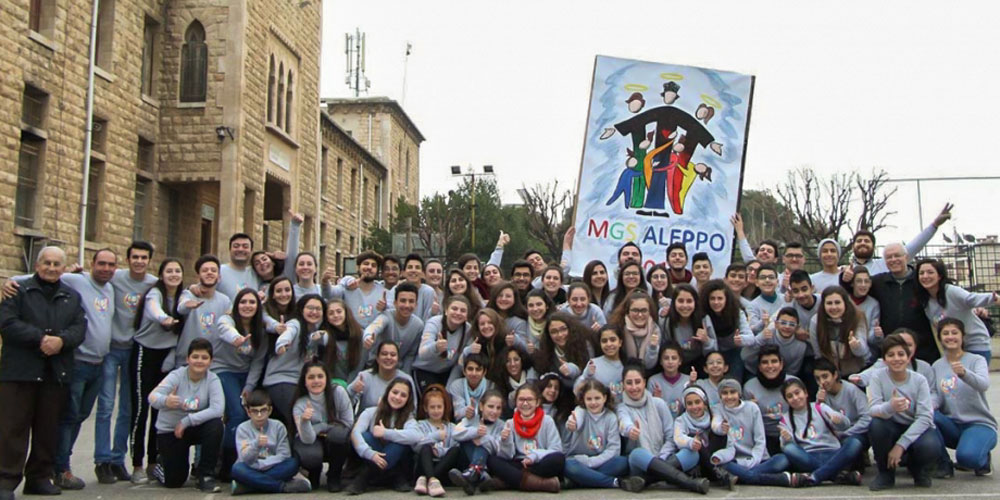 Despite being surrounded by great tragedy, the Salesian Youth Movement continues to host gatherings for young people such as this one

Tragically there are many children around the age of 10 or below who do not know life outside of, and for this reason, the Salesians continue to prioritize being at their side, offering accompaniment, food and economic support to them and their families.

In fact, aid has never been wanting. Thanks to the economic support of many Salesian organizations, and also thanks to prayer and proximity, the Salesians of Aleppo, Damascus and Kafroun continue to help children with recovery courses, theater workshops, sports and recreational activities. Even during the pandemic.

It is true that the amount of fighting has decreased, but the economic crisis and the pandemic have taken over from violence, and are still battles that are just as dramatic that the population must survive. Indeed, 80% of Syrians have been living under the poverty line since the beginning of last year's lockdown measures

The Syrians cry aloud, ask for a definitive and lasting peace to be able to begin to reconstruct their country and their lives. And meanwhile, the Salesians offer education to peace and Christian values to anyone approaching their presences in Aleppo, Damascus and Kafroun.