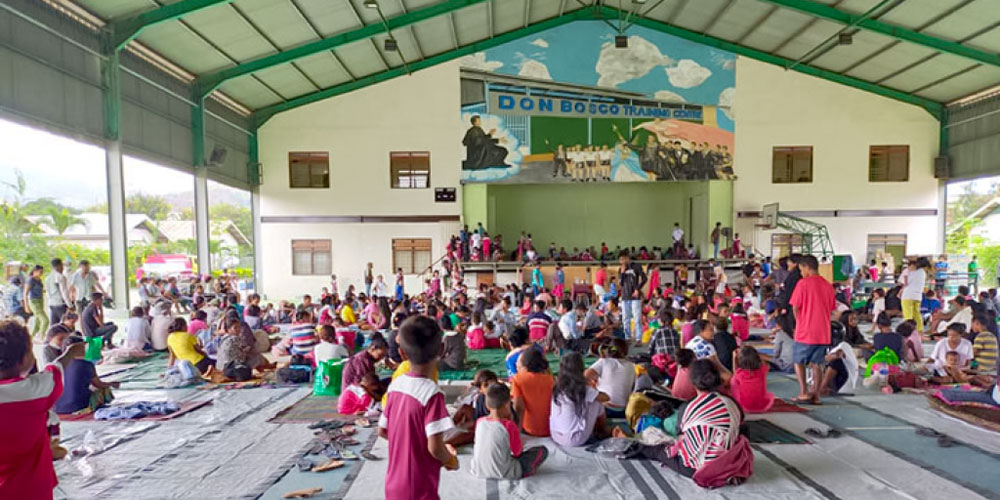 Easter Celebrations in Midst of Disaster

The floods caused by cyclone Seroya in Timor-Leste and Indonesia have had a heavy toll. As of the 13th of April, there have been 223 victims who have lost their lives, 180 in Indonesia, 42 in Timor-Leste and even one in Australia, with a further 102 people still missing.

In Timor-Leste alone it is estimated that over ten thousand people have been displaced by the floods, as countless homes and infrastructure have been destroyed. Most of the damage has been concentrated in the country's capital, Dili, which in recent days has been described by locals as a "pit of mud". 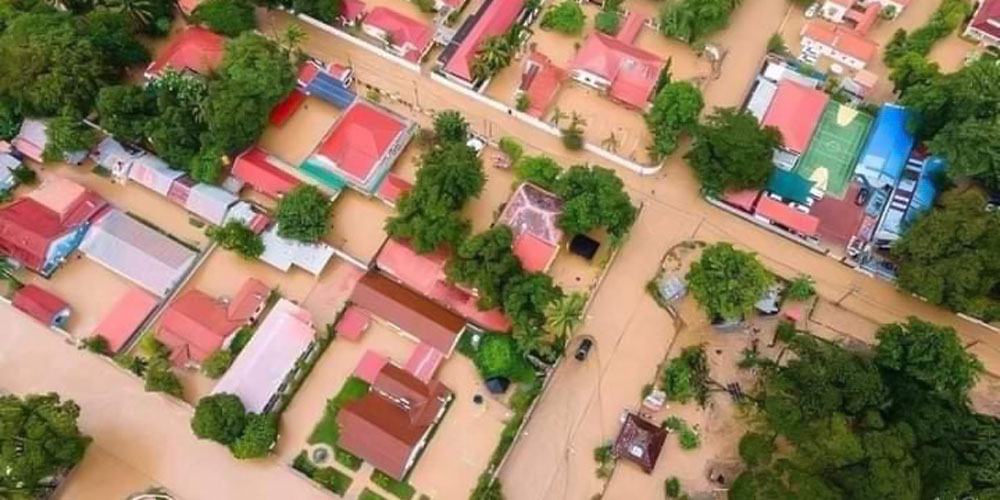 The severity of the disaster turned the streets into canals at the peak of the flooding in the nation's captial.

To make matters even works, there are also two isolation facilities for those affected by COVID-19 among the areas affected and have seen great damaged, as well as the national hospital "Guido Valadares". This has raised serious concerns about severe repercussions down the track in the fight against COVID-19.

In such a difficult context, even though they have been pushed to the limit by circumstance, the Salesians of the "Saint Callisto Caravario" Vice-Province of Timor-Leste are doing what they do best: putting themselves at the service of the most needy.

Fr Manuel Pinto, Vicar of the Vice-Province, tells us:

""It seems our celebration of Easter vigil and Sunday Easter in Timor-Leste was never meant to go back to normal. Two consecutive celebrations of Easter (2020-2021) have been disrupted now, our churches and chapels normally crowded by faithful people, were reduced to five to ten people only attending because of COVID-19.

Aside from COVID-19, what surprised us more in the entire country on Sunday Easter was the huge natural calamities of heavy rain and strong winds which were followed by landslides, floods everywhere. Rivers destroyed bridges, thousands of poor families lost their shelters and belongings, and even many lives were taken including one of our former Salesians, Alcino Kefi (student in Postnovitiate).

Dili, the capital, and some other districts are living under water. Many people are without clean water, no food, homeless and many more have nowhere to hide from the disaster. Fortunately those living near the religious communities were able to find places and have access to some basic humanitarian help.

Don Bosco’s communities of Comoro, particularly the community of the Training Centre, have been host to more than 3,000 people, those who normally live nearby - our parishioners and those who were brought by the International Red Cross. 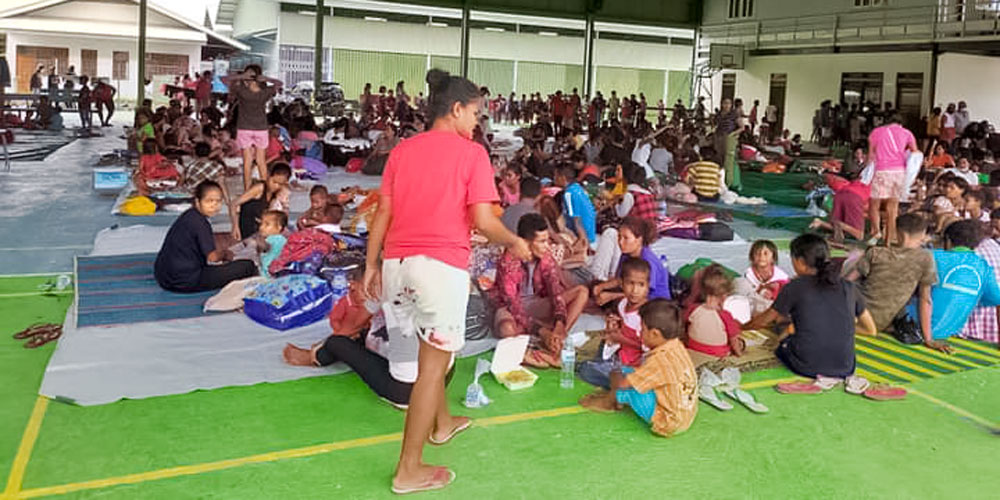 The gym has been converted into a housing space for those who need it most.

The Rector of Don Bosco Training Centre, Fr. Hermenegildo Pereira, and the Principal Bro. Adriano de Jesus are the main coordinators and always standby to welcome the people with a Salesian smile. Our Practical Trainees and other 40 Post-novices were also on standby to give a hand to assist and distribute things.

The Good Lord is continuously sending us food, water, clothes and many other basic needs through so many generous people, NGOs, our past-pupils and the Salesian Family. May the God of love recompense their kindness.

Let’s pray for all those displaced people in Timor-Leste and in all parts of the world. May the Risen Lord bless them all. Hallelujah."

Salesian Missions Australia is doing all it can to provide necessary funds to those who need life-saving supplies the most, and humbly request your assistance in this worthy cause.