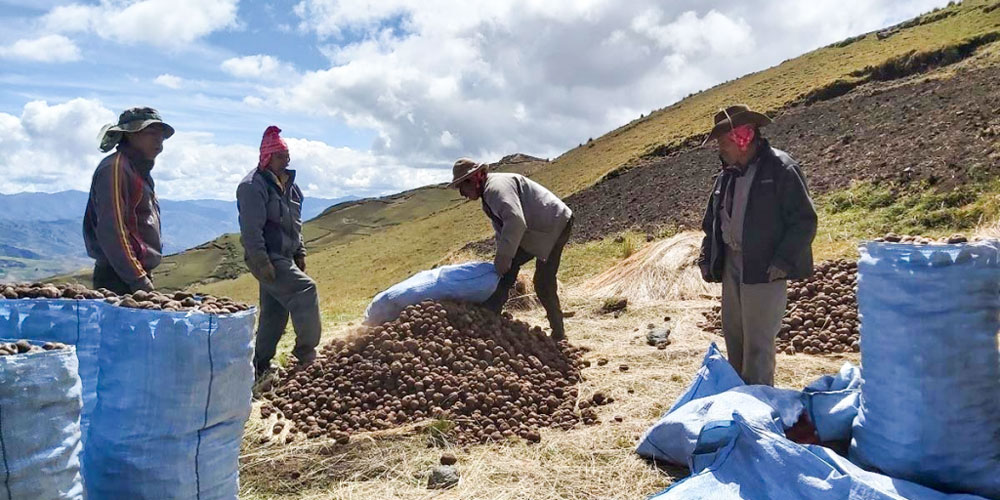 Increasing the sustainability and sovereignty of food for the rural communities of Cochabamba, Bolivia has been made a priority project by the Salesian NGO "Bosco Global". Supported by the Agency for Development Cooperation of Extremadura (AEXCID), the quality of life has been greatly improved for the people who live in these remote areas, by equipping them with the means to take care of their own eco-sustainability.

So far, the project has centred around the creation of productive, participatory and equitable model that promotes food sovereignty, which has been essential in promoting the development of the communities agro-pastoral productivity.

The reason for this focus on participatory sustainability was so that over time, the communities would aim at extending the project's range replicating and sharing the knowledge gained wider and wider, to new communities.

At the same time, the project has also worked to promote food sovereignty - that is, the possibility for farmers and ranchers to control the mechanisms and policies of food production and distribution, whilst also fostering the involvement and empowerment of women.

Knowledge that has been taught and shared so far includes the best methods for growing potatoes and other similar vegetables in greenhouses, open field nurseries for pine production, pest control and finally, communal breeding of pigs & fish. 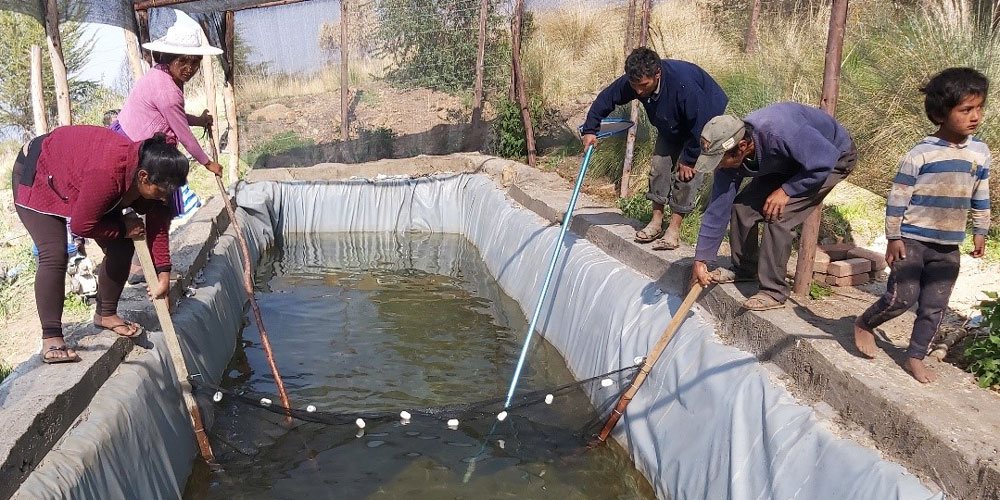 The establishment of a trout farm has allowed for a great boost in food productivity for the local people.

Feedback from the participants in the joint project have been overwhelmingly positive. “At the course we learned how to manage the cultivation of potatoes, and by returning we shared the knowledge with our base camp. This is important for us, to be able to learn something,” said one.

“We have improved our nutrition compared to our previous life,” adds another farmer; while a young woman shares: “They helped us to create the fields, in the construction of trout tanks ...”. And yet another farmer adds: “In the countryside we have always lived on agriculture. This is our life, and we are grateful for all of this.”

The use of improved seeds in potato cultivation, in addition to the correct use of fertilizers and fungicides, has made it possible to obtain much higher yields than usual, since they have reached an average of 25 tons per hectare, while with the use of traditional (unimproved) seeds, yields of between 6 and 12 tons per hectare were barely reached. To highlight the great impact this has had in just one year, the potato harvest of 2019 directly benefited 54 families, while in 2020 this number had grown to 91.

In the pig farm, the project involved 10 beneficiary families from 7 different communities. The pig farms have been improved and expanded and the farm is now in full swing. From the communities of Calacalani and Chuchuata, pigs are already being brought to the Kami center for slaughter; and the pork processing process, labeled "Embutidos Kami" (Kami cured meats), with products such as serrano-type ham, smoked ham, pork salami, llama salami, grilled chorizo, is successfully marketed also in the Hipermaxi and Ticti markets, north of the city of Cochabamba.