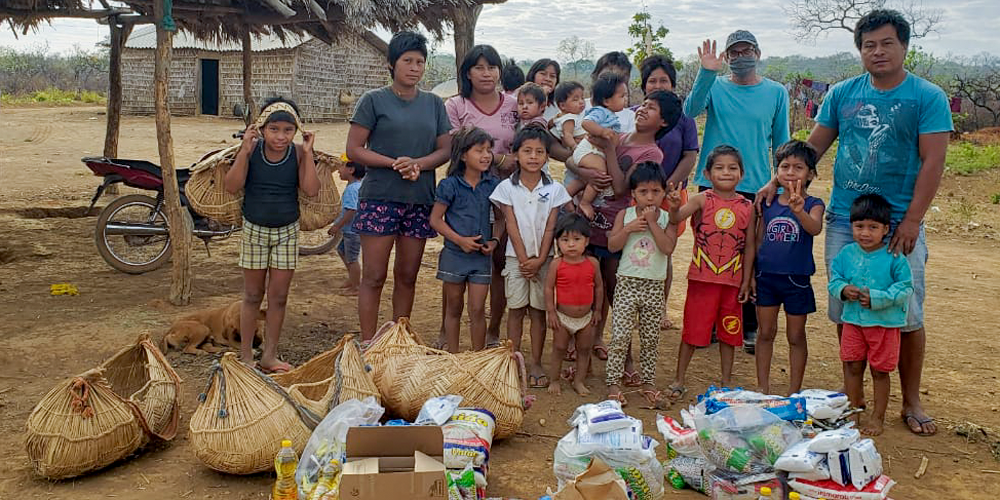 In recent weeks, several benefactors from various parts of Brazil have spent their time, energy and resources to help Xavantes indigenous people who find themselves in great need. Already amongst the poorest people in the world, the COVID-19 situation has made it very difficult for them to access food in their remote communities.

To help these people in desperate need, funds were raised and these were used to purchase baskets of food and basic necessities, which were then immediately distributed in recent weeks among the natives of the municipality of Campinápolis, in Mato Grosso (MT).

Indigenous people represent about 60% of the population of the municipality of Campinápolis. Today, there are about 10,000 Xavante indigenous people in the region, spread over more than 200 villages. Communities have been left behind by local and national governments and require projects that meet their needs in terms of production, guidance and orientation in the cultivation of the land, respect for their cultural practices and financial support for the purchase of materials, fertilizers and seeds. 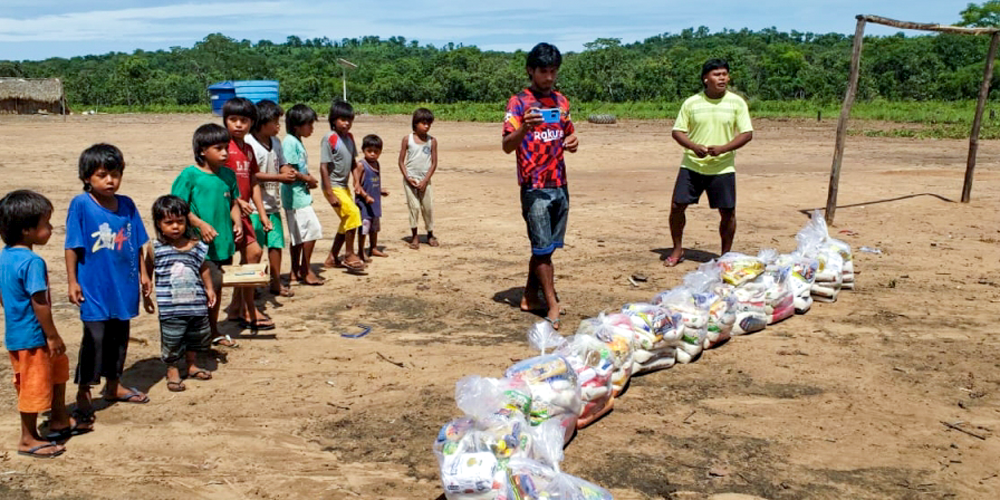 Young people line up with some of the food that has been provided for them.

About 500 indigenous people are regularly hired by state and municipal governments to work in the field of education but with the activities of the schools suspended to limit the spread of COVID-19, these contracts have not been renewed. Only in the month of May have these educators began to be re-hired.

Without this single source of income to the families, broad swathes of these indigenous communities literally went hungry. There have been several cases of underweight and malnourished children, and even deaths of children due to illnesses aggravated by lack of food.

Help came thanks to the intervention of the Salesians who work in the parish dedicated to St Domenic Savio, whose territory covers most of the villages in the area. Over the course of several initiatives About 90,000 reals ($23,148 AUD) were invested in baskets of basic food, in collaboration with the Salesian Mission, the NGO "Operation Mato Grosso", the "Immaculate Conception" Parish of Bilac, in the State of São Paulo, and the Indigenist Missionary Council (CIMI).

Unfortunately, the needs are much greater than what has already been received. "This is the help we are giving, but we see that it is still too little to satisfy the great demand of the population," reveals Salesian deacon José Alves de Oliveira.

Despite this, what has been received has been a source of great hope for the natives; all they have received seems a lot and the feeling they share is one of deep gratitude. Moisés, the deputy cacique (head) of the Xavante of the village of São Pedro, expresses this sentiment with these words.

"This donation is a cause of great joy for our whole community, thank you very much". The same sentiment is expressed by the cacique Vitório, from the village Imaculada Conceição, where, in addition to food, clothes and shoes were also distributed. “Thank you so much for remembering us,” he testified.

Salesian Missions Australia is supporting incredible work all around the world, please consider supporting us here.