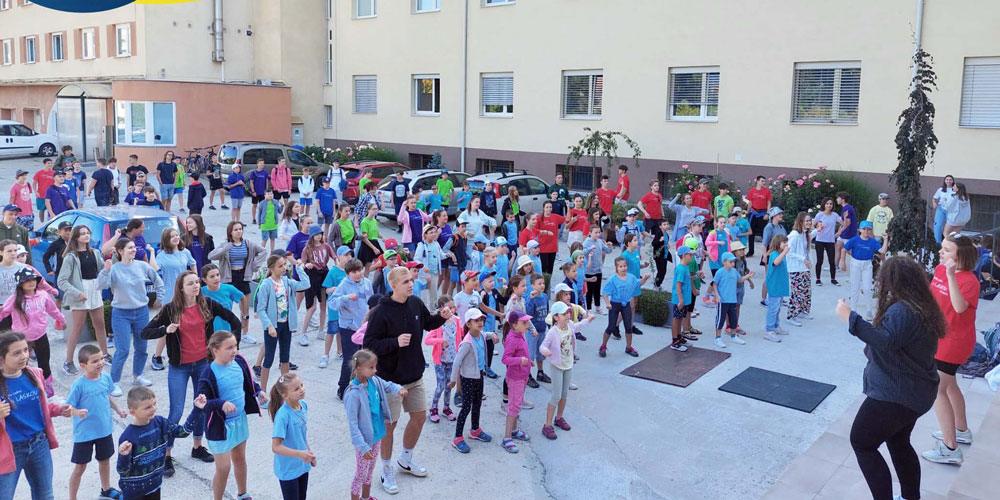 Although in many parts of the world this is a time of vacation and relaxation, the Salesians - and the many young people and lay people who voluntarily collaborate with them – have not forgotten those who have been suffering the consequences of the war in Ukraine for almost half a year now. So many initiatives are still taking place in various countries, and today we give an account of what is happening mainly in the Provinces of Slovakia , Spain, and North Poland.

In the Poland Province, the Salesians are pleased to share pictures of the little refugees they have taken in: through simple art and handicraft workshops, the children are again able to smile and have fun and grow in creativity: in short, to live their childhood, forgetting for a while the ugliness of war.

From the Slovakia province comes several bits of good news.The most important news comes from the country's capital, Bratislava, where work was completed in the Provincial House to make it more stable and better organized to welcome the Ukrainian children who had fled a few hours after the start of the war from the Salesian foster home in Lviv. They thus have new spaces for rooms, a large living room where they can spend their free time, and a kitchen, at their disposal.

Noteworthy, too, the children from Lviv who were already housed at the Provincial House (the older ones among the minors who fled the war) contributed to the work in terms of cleaning and moving furniture. The youths were happy to be able to lend a hand, knowing that they now gained new spaces all to themselves, and they also had a good time socializing and making friends.

Because of the new hosting opportunities at Bratislava, the youngest children in the group of orphans who fled Lviv - who had been taken in by Salesian trust families scattered in various locations around the country - had to say goodbye to the families who had provided them with food, shelter, but most of all security and love for five months. In many cases, it was not easy, emotionally speaking, but the minors wanted to thank their host families by singing and saying thank you in Ukrainian and Slovak.

As regards the activities carried out to restore a smile and some joy to the young Ukrainian refugees, Fr. Pavol Dzivý recently accompanied the Ukrainian children received by the Salesians in Žilina, in the northwest of the country, on a visit to the museum and castle in Orava. The entire group was thus able to spend a day of joy and sharing, amid nature and culture. 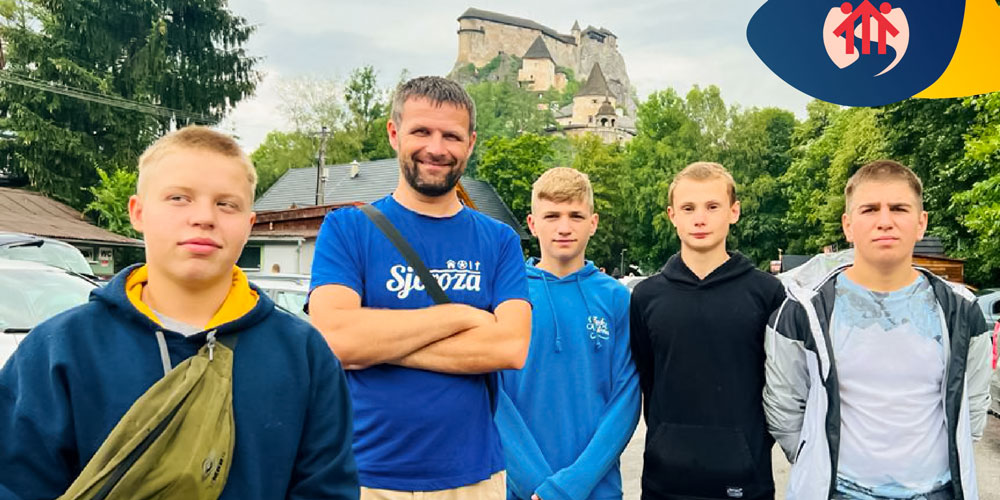 The excursion was a great chance to experience the new culture that the young people find themselves in!

Finally, also from Slovakia, a new convoy of humanitarian aid - primarily food and medicine - left for Ukraine this week, which was unloaded in Uzhorod, from where it is then gradually being distributed by vans to smaller towns where people are waiting and often depending on this form of aid. Some Salesians personally take care of these direct deliveries to people, even in dangerous areas, at the risk of their own lives.

From the Spain Province, the NGO "Bosco Global" reaffirms its commitment to the needy population of Ukraine, both those still residing in the country and those refugees abroad. Last June 30, the project funded by "Bosco Global" to help some 30 people, mainly women and children, through food and provisions ended. In addition, the project also contributed to the purchase of beds, towels, household items, cleaning and hygiene products, medicines, clothes, and transportation costs, among others, to Salesian shelters in the cities of Gdansk, Lubrza, and Szczecin, Poland.

But Joaquín Rodríguez, Director of Bosco Global, also added, "As we see every day in the media, it seems that a solution to the conflict is not yet close. That is why we remain in dialogue with the Salesian Emergency Coordination in Warsaw, Poland, to continue supporting this emergency. Together with the SMX Province, we continue to collect donations from all over the country, which we are sending to support this emergency."

With thanks to ANS for this story.