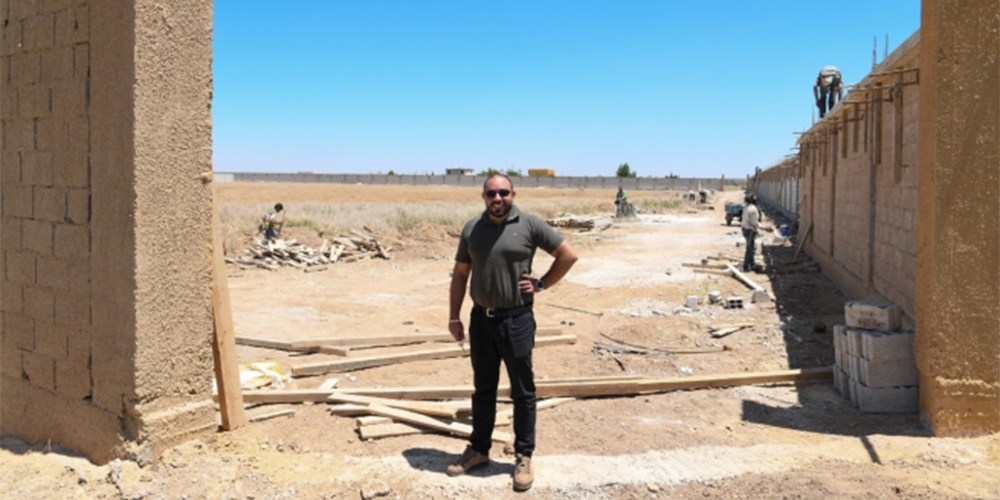 The Salesians of Syria are building a new hope for the future.

In Syria the beginning of summer sees the Salesians of Damascus and their collaborators committed to taking the first steps of creating the new center that will be built on the outskirts of the city, in the district of Jaramana, after the purchase of the land was finalized last January

At the moment work is underway to fence the land and create the access road. In the coming months, the soil will be prepared, cleaned and leveled, and at the same time, with the support of a team of designers, the architectural project will be drawn up, which will include the youth center/oratory, the courtyard, the community house, the church and a vocational training center.

The Salesians have been accompanying and serving the Christian community in Damascus since 1992, with particular attention to the education of young people and children. This presence has become even more significant, in the extreme difficulties, starting from 2012, and today around 1,200 minors regularly take part in the activities of the center.

For many people, reaching the Salesian center today is very problematic: the journey takes time and often involves security risks, while the physical distance from families makes it difficult for the Salesians to support and assist those who need help more. With the creation of the new center in the Jaramana district, the Salesians will be able to amplify their contribution to the social, spiritual and educational development of the Catholic community of Damascus and of all citizens.

"A special thanks goes to our benefactors who are supporting the effort of the MOR Province in gathering resources for this work, and to the Apostolic Nunciature in Syria, which recently formalized its support for the initiative in a meaningful letter; then we invoke Providence, that it continues to bring its precious help in gathering the resources still necessary for the land and to finally start the next forthcoming phases," conclude the Salesians of Syria.

The whole of the Middle East Province (MOR) continues to pray for peace to return finally and permanently to Syria, and that this project may come to an end soon and be a cause of joy for the thousands of children and young people who take part in the actvities every day in the center of Damascus, and for those that will benefit in the future